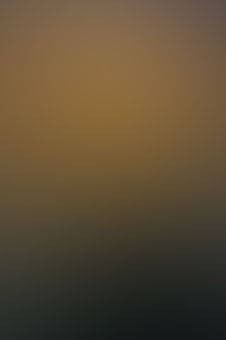 skrtvonnegut Community member
Autoplay OFF   •   3 years ago
Transcript Use Images
This is my first poem on Commaful. It's Vonnegut.
poetry besteverskrtvonnegut

Spent a good amount of time

Some things I did remain in my mind

And of them, I ain’t proud

Bruh they too loud

That’s why I always got on headphones

Tryna do it big, but sometimes, think I’m dead wrong

But shit, I woke up this morning

Bowls used to be packed with everything but cereal

Tie my cape on

Its been some years, still have some same thoughts

At this point in my life, would’ve thought they’d be long gone

Was transcended when I saw Ms. Erykah at Citi Field

You know it how it goes, on and on and on

Still getting to the levels I wanna get to, ain’t been ruled out

Its hard to dream about the pool

In an apartment barely the size of a pool house

To a few choice people got my feelings all leaked

Scared what if I already topped out, what if I’ve peaked?

Some days it be hard to even get sleep

Stomach growling, some days I can’t even eat

I gotta stand strong in times of struggle, I refuse to be weak

I know that Otis was probably speaking to me

Glasses broke so I question it as I can’t see

A loser is something I refuse, I cannot be

Ayo Jude, You got another one lost

In the blistering frost

This jacket keeping me warm

And you know me, that fit, I was getting it off

Thought I could leave

Thought I was done

Skin damaged, blistered by the sun

I wanted to come

I wanted to go

From the ring I was thrown

Thought I was champ

Chillin with the ants feeling low

All I ever wanted was to grow

Made me some moves

That affected my soul

Changed the brightness of my glow

So I don’t know if my prayers get heard

The notes I play don’t sound good like Squidward’s

Boxing in the gym, watch the technique, steadying my pivot

Tend to usually keep myself at a distance

I just hope that you get me

Please just tell me you got me

Sometimes I be feeling myself getting cocky

When I should not be

Cause I ain’t made nothing

What can I pass to my kin?

If I never amount, try to pass my down my imagination

I ain’t got patience

I’m so tired of waiting

But I work for the greatness

What more can I say

I am not Jay

Its that boy Von from the (Aye!)

You already know where I hail

Know where I claim

If they speak on me

Its highly on my name

Cause they feel the pain

Real ones know I keep it a buck

I’m a tiger, but a king like the Lion my mane

Flowing so crazy the blood run

In my mind I sketch often

Trying to fly, but stuck in the same place like I’m joggin

There’s a lot in between

And the bargain bin down at target

If it was written in a poem it wasn’t fictitious

On the roof writing my life’s riddles, simple

In the yard played pickle

When the reaper catch me as he holds his sickle

If I leave they’ll hush under their breath

Keep laughing it makes them livid

Never been known to do the ass kissing

Watch your mouth though, before I give you an ass kickin

Leave all the bullshit in the past

Before it leave you stuck like President Taft, in the bath

Gotta couple stab wounds, scars still healing in my back

Was created to bring terror to the hood just like crack

Love Rap so much, they wonder how, kids said “your skin isn’t black”

Woe is you, woe is them

Keep adventuring with my keys, or the pen

So sick rid me of the phlegm (so sick wid it)

Rae Rizzy told me that cash should rule everything around me

But I wanna spread the health and the wealth

Give it all to my team

Dirt under my cuticles, just tryna get em clean

Full time occupation, trying to decipher all my dreams

Shouldn’t mix the Xyzal with this brandy

Corporate men these days disgustin, they be getting too handsy

Crazy how they still win awards like Oscars and Grammys

Take the peoples dollar bills, blow it on some nose candy

Wild statement, my resemblance to Christ, is uncanny

Like when Spongebob went to the Treedome to visit Sandy

This beautiful work was completely soundtracked