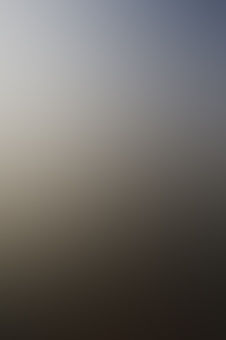 skippywrites Community member
Autoplay OFF   •   a year ago
Transcript Use Images
An engineer discovers something odd on an asteroid.
fiction scifisci-fispacesciencefictionscience fictionspaceshipmystery

"All civilizations become either space faring or extinct." - Carl Sagan

Space is cold and vast. It is the void between celestial bodies. Unforgiving, and harsh, space is what worlds rely on to travel safely through the cosmos. Full and devoid at the same time.

Racing stars and planets move at what seems to be a snails pace.

Once you find these for yourself you cant truly know what to expect outside Earths atmosphere, or any atmosphere in the vast empty cold, full of wonder and danger.

As a maintenance technician for a asteroid mining firm based on Ganymede, one of Jupiter's many moons,

of and behind the orbit of Jupiter. Radiation and hard vacuum, being chief among the dangers he faced. Like any other mission to check on a mining rig, it started out normal.

"This is crawler One. I have visual on my destination and I am starting approach. Be advised I have no other contacts on my scope,it looks like whatever hit the collection bins is long gone.

" Kyron was talking to his ships computer to have a message sent via comm link. At this distance signal lag would be enough to be a long awkward conversation. "I see where the impact happened.

It looks like the starboard side bins and conveyors were hit. I only see one bin left on that side. The conveyors are all gone from the drill to the bins. I will be here for a while.

I wont know the true extent of the damage for another twelve hours while I investigate. I will send another burst transmission then with all my estimates and work schedule. McClain out.

" Kyron hit the save and send button as he slowly turned his ship to latch onto the surface of the small asteroid designated '2959 Scholl'.

and Kyron knew the drills here were almost done coring out the small asteroid, which had and abundance of metals.

Coming to a stop on the surface near enough to the drill ship he could use his suits' small hydrogen maneuvering jets to get around in the very low gravity,

He knew from looking at the wreckage floating around that it would be a very slow day.

With the landing gear locked to the surface, Kyron unstrapped from his flight seat, donned his helmet and moved toward the rear of the cockpit. In the .

05 G generated by the mass of metals in the asteroid it was weird to move around, let go of something and it would almost imperceptibly fall towards the deck.

Activating his magnetic boot locks Kyron walked through the rear hatch door and sealed the cockpit.

Once in the rear bay of his small repair vessel he set about collecting his suit powered tools, a small welder, a grinder,

and some motorized pliers that could cut through any wiring he needed to.

All his tools plugged in and stowed in their proper spots on his suit, he made sure he had a full battery charge and that his personal maneuvering pack had a full tank.

He then depressurized the work bay and opened the rear hatch. The hatch opened slowly with an almost imperceptible grinding of gears Kyron could feel through his suit.

Kyron then moved out the still expanding opening, activated his thrust pack and unlatched his magnetic boots. Slowly he moved out into the dim sunlight.

The space between him and the drill was littered with slowly sinking parts and debris, he had to be very careful not to cut open his suit on the sharp edges of some of the metal.

Once he was halfway to the drill he started to notice something off about the way the debris was scattered about. Some of the components were from the opposite side of the drill from him.

As he got closer he noticed a medium sized tear drop shaped object that didn't seem to belong to any part of the wreck.

It was black, not just colored black but looked like it soaked all the light immediately around it into it, almost like a miniature black hole.

Kyron noted its location for pick up by the small collector drone that was unpacking its self in the cargo bay.

The Drone, a small creation of Kyrons' that he had built as a side project on one of the long voyages from the Belt to Ganymede.

There were commercial units for sale, and he could have requested one from the company storehouse,

but those were all base models that couldn't be programmed or have hardware upgrades done unless a certified technician used a code to open the armored shell.

He preferred his drone, it gave him a sense of companionship.

He often left the little drone unpacked and free to move about the ship to help with repairs or other small side projects Kyron was working on.

Kyron moved slowly toward the main bulk of the wreck, as he went he noticed more of the same odd black objects randomly scattered around.

All of the objects seemed to be the exact same size as the first, about fourteen inches long and five inches at the broad end with a tapper down to a rounded end.

Some of the objects were slowly moving in the direction the impact had thrown things.

Kyron rounded the wreck and immediately felt his heart rate quicken, the blood pounded in his ears like a brass drum.

He wanted to fly back to his ship as fast as possible but knew that the debris would kill him if he did.

He stared at the wreck for what seemed like hours, but could have only been a few minutes, before his brain let him push past his fear.

Sitting nestled in the core of the drill ship was a large angular chunk of what looked like black diamond.

The many faces and corners of the object lent a distinct look of other worldliness to it, almost looking natural but most definitely made by some beings yet unknown.

There were black tendrils draped around and over many of the computer systems to the drill ship. The tendrils were slowly moving parts around, so slow that the movement was almost unnoticeable.

One tendril moved just fast enough to push a dead component away from the wreck, this explained the odd way some parts were scattered around.

Kyron slowly moved forward toward the rear thrusters, the end closest to his ship.

As he neared he noticed that multiple tendrils were floating lifeless just feet away from his chosen landing spot next to a service hatch on the port side of the thruster group.

He landed as soft as he could to avoid vibrations and slowly reached to open the hatch.

Remembering to double check that his camera was recording and sending it back to his ship, Kyron opened the hatch.

Inside was more of the medium sized teardrops, only these ones were using small tendrils to move in the zero gravity, making them look like nasty over sized bugs.

The pointed end seemed to be the front as they moved and extended the tendrils to...

'To what?' Kyron asked himself. He guessed they were testing parts to see if they were viable or damaged.

At the end of the forward most tendrils was a small blue light that flickered when near a computer system that was still powered by the ships undamaged batteries.

He flipped the cover off and was about to toggle the switch when he noticed movement on the edge of his vision.

He turned his head and saw his collector drone coming around the side of the wreck, a teardrop latched over its top and front, tendrils buried in the main computer.

Kyron froze in place, unsure if the teardrop was controlling the drone or not. The drone turned toward him and bobbed in the void, a signal that it was waiting for orders.

Kyron relaxed a fraction and turned back to the switch and flipped it to shut down. It was the last thing he saw.

Unaware to Kyron the drone had been infiltrated and all its programming studied by the teardrop that he had marked for pick-up.

The teardrop determined that Kyron was a threat and accelerated the drone with its sharp array of tools extended into the back of Kyrons' helmet and through the face plate on the other side.

The drone was then used to extract the large diamond like object from the wreckage, and then pushed onto a vector that aimed it on a perpendicular course to the asteroid.

The drone was then programmed to collect all the teardrop shapes and bundled them into a single mass and sent it on the same vector.

After this the drone drove its tools back into Kyrons' helmet and pinned the body to the wreckage.

The black diamond floated away from the wreck toward a new landing site discovered in the drill ships' navigation computer data.

The investigators wondered why this particular engineer decided it was a good idea to build and program a drone himself instead of requesting one from storage.

The body was sent back to Ganymede, and the wreck salvaged. Once the recovery was finished the recovery crew flew back in Kyrons old ship.

The interior would be cleaned and upgraded and then passed to the newest engineer who was on a waiting list for the job.