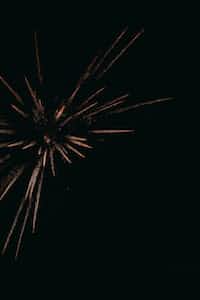 seryna21 Conquer from within- appreciate life
Autoplay OFF   •   7 months ago
Transcript Use Images
Please give this a read! I know its a little long but it is truly meaningful!
thoughts 2021generationscrisiscoronanew-year-2021

Can you imagine that many people fail to think that one day you too would like to live well on our planet? That we were destroying our own quality of life by poisoning our soil, the air, the rivers, and threatening the complete eradication of countless plants and animals?

That we produced things only to throw them away or even burn them? That we spent most of our lifetimes doing activities that made us unhappy? This world was absurd. It made us humans and our planet sick. A virus, of all things, put an end to this madness. It interrupted our noisy, hectic, self-centred lives.

Within a few weeks our lives changed dramatically. We were barely allowed to leave our homes. Every day the number of casualties shot up; I feared for the lives of my grandparents, for the health of my friends. Income for survival was falling away; many of us were without a job.

"The Future" became a great unknown that frightened us. And yet we found ourselves in a comparatively privileged situation. It was the first serious crisis that I had experienced so tangibly. But instead of remaining in a state of shock, many of us felt that it was the long-awaited opportunity for a new beginning. It was as if someone had pressed the stop button of our world.

When I looked out of my window, I no longer saw cars, but children playing. Instead of exhaust fumes I breathed fresh, clear spring air. In this time of silence not only the air became clearer, but also our thoughts. "What was really important in life?" Simply pressing "play again" was no longer an option.

As we said then, no more "business as usual". We began a new chapter in our history. And we saw how the impossible was made possible. Only a few months before, we saw how politicians had smiled tiredly at the young generation's loud clamour for greater climate protection and for more sustainability,

and how they responded with ineffective measures. They say that a crisis reveals true character. This crisis revealed that the good outweighed the bad. It revealed how we humans could help each other, hold together, and this gave us the courage and cheered us up.

On the sidewalk every morning I read the joke of the day, in the windows hung rainbow pictures painted by children, in the bus the passengers clapped for the bus driver, and for our older neighbors, we younger ones went shopping. The long-desired turnaround had come.

With the energy of the many people who yearned for a positive and safe future, we were able to prove that a future free of crisis is a sustainable future by itself. In short, we relocalised our supply needs, established trust and identity, rediscovered local and seasonal food plants and traditional knowledge,

and created a resilient and sustainable local value chain. However, this perspective was not something that could be taken for granted. Aside from the many sufferings it brought us, the virus had the merit of removing the unnecessary and making us focus on the essential.

We valued what had seemed unimportant to us for too long: community spirit, solidarity and honest care. We longed for exercise and recreation in nature. We realized that a lot of business travel could be digitally substituted.

We understood that we had prioritised and valued the wrong things in our lives - and put our minds together to find ways to correct that in our society. As you see, the journey into the new sustainable world which makes your life possible has not been a walk in the park.

Often, we feared that this crisis may also lead us on a path to an even more gloomy world. I am glad to say we had so many committed, courageous and positive human beings out there who have never stopped to believe in your future, the future of humanity.

In this spirit, we used the crisis as an opportunity to make a fresh start into a sustainable world. The new world in which the planet and we humans are healthy. It is my wish that you do not take our present good life for granted and that you work for a future that will also give your children and grandchildren a good life!