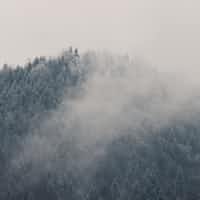 i apologize for how late this was posted. a minor family issue (everyone is fine) came up but hopefully you enjoy! also i don't know why the quotations are weird but im trying to fix them.

i was in school when i got The Call.

The Call that determined everything.

The Call where my mom told me the news.

The News that changed everything.

i was in science class.

i was in science class. aka the only class I wasn't failing.

the science teacher walked to the front casually and picked up the phone, not expecting what came next.

i remember his facial expressions. his face, joyful at first. then calm, collected. then his eyebrows raised to the ceiling. and his mouth dropped. and then he quickly frowned. concerned. sad. any hope? nope.

he awkwardly looked at me but his eyes were full of sympathy.

i didnt know what was happening until he handed me the phone. my eyes started watering. tears ran down my cheeks. i looked around. my classmates were confused. i was not anymore. i had just heard the news.

i rushed out of the classroom and sank into a wall. my eyes dug into my knees and my arms covered my head.

i stayed in this position for what seemed like hours. life was still going but my brother´s was not.

the words repeated in my head.

after that i got furious. at the car. at the light. at the driver.

i didnt know how i could express that anger.

was it humanly possible?

i didnt know what to do so i ran. away from school. away from home. i didn't know where i was going until i saw the bus stop. at that point my brain started functioning.

was i really gonna do this?

was i really gonna run away?

because of a family death?

no. not just any family.

because a car couldnt come to a stop.

i hopped on the bus and fell into a deep sleep.

i only woke up when the bus reached the end of the line.

i for some reason obeyed and got off.

what the fuck was i doing?

the bus drove away and i was alone.

i made a mistake.

i need to go back.

no its too late.

i need to call mom.

i need to call my brother.

and it hit hard.