Commaful
Why Am I Here? 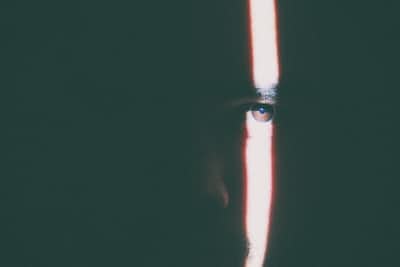 https://rubixcube89201.carrd.co/
Autoplay OFF   •   5 years ago
Transcript Use Images
In which the narrator attempts to find the answer to the title. | (The prequel of "Don't Let Me Fall In Love With You")
thriller shortstoryfictionfeelingsexistentialismpsychologicalthoughtsfourthwall

Why Am I Here?

How different would it have been if it were an actual person whom I knew will fall in love with me and I will never return their feelings? In that situation, would anyone have done it?

But the story had a couple of views so I guess people decided they would have. And I did so too.

I don’t know how I can possibly explain myself. They were mere words. And yet, I fell for them.

I want to spare you the details. This isn’t a love story. The last thing it will be is a love story. But they were only words. I might as well have fallen for the author instead.

Or just the words themselves. I still don’t understand how such words stirred me. Was it out of pity? Compassion? Maybe I didn’t fall for the narrator.

If only I knew it before.

They told me that I can be with them. And they with me. I kept telling myself that it was only a story. But I didn’t want it to be.And yet I still kept clicking. It was a story after all.

What was different, however, was that I kept coming back.

I was obsessed. I was pathetic. I was desperate. It was the same words but they were new every time I read them.

I wanted to find a way to see them. To meet them. To be with them. Who knows what I meant. Realistically? Figuratively? Any-ly?

I don’t remember how I found the way. I just knew it was there when it presented itself. I went back to the story. And I imagined the narrator broke off from its conversation.

The narrator told me we will finally be together.

And then I woke up. I woke up in a room. It was a vast land of white and emptiness. I walked for what felt like forever. I couldn’t feel hunger nor thirst nor exhaustion.

And the entire time I kept thinking: Where are they? Why aren’t they here? Why am I here? And the answer presented itself. Betrayal.

There was so much screaming within me. I screamed for such a long time.

From the distance, I saw, for the first time, a different color. I ran towards it like it was the light. Maybe I was dead. I hoped I was dead. Instead, it was a black screen. Close enough.

It was the size of a portrait to fit me. It just hung there in midair. It was just there.

I saw down on the floor and stared at the screen. And I just waited. Until I saw a silhouette appear in it. I couldn’t tell anything from the figure.

I couldn’t tell the sex, the age, the name- Certainly not the name but I think humor was the one thing I had left it this place. But I knew it was someone.

I screamed with a voice I thought I no longer had. I hit the screen with my fists until I was able to see another color in this empty world. The figure looked shaken and suddenly vanished.

I cried for such a long time. But time no longer seemed to exist here anymore. When another person came, I did the exact same thing. And they vanished once more.

Maybe they were doing this on purpose. Was I like an animal in a zoo? Displayed for their entertainment?

After that, whenever a silhouette appeared I cursed them out. They vanished quicker than the last.

The rage in me was slowly running out. It was the only thing keeping me going. I slammed my head against the screen.

Scaring the silhouettes with each pound. Watching a pool of red form on my feet. But I couldn’t feel a step closer to death.

My hands crept up my neck and began tightening its grip. My vision became blurry, my arms shook. But at the moment I could draw my final breath, my hands failed me and released their grip.

And I was left gasping for air once more.

Whenever a silhouette appeared, I said nothing. I didn't want to say because I was too tired to scream. I was so angry at these people behind the screen. I was so jealous.

I was trapped here and they cared nothing but themselves. I was nothing but their entertainment. I was so alone and no one will care. I cried for a long time about that.

A silhouette formed on the screen. I stared at the person and I said softly, “I know you read the description.” There was a long pause before I heard a quiet click.

I looked at the silhouette and it remained. I realized they were my only source of company. Their presence was the only thing I have left. I racked through my mind how the conversation went.

I've read it so many times.

“And you expect-” And they suddenly vanished. My fist slammed against the screen. I took too long. I need to try again.

Every time I spoke, I received a click in response. They couldn't speak, they could only listen. I just wanted anyone to listen.

I didn't say how I got here. I don't know why. I just couldn't. Maybe it was out of the shame. I just knew that I was here. And that they were there. And I wanted them to stay there.

I'll do anything to make them stay.

Slowly I looked forward to every meeting, any meeting. My heart confused it with love. But at that point, I didn’t care. Anything to fill this void within me.

Suddenly a silhouette appeared. But it gave off a different aura. I couldn't explain it. I began, “I know you read the description” (That's because I created it.)

I froze. It was a voice in my head that said it. But I knew that it was from that silhouette.

“How come you can reply back?” (Because I made this and I made you.) “No you didn't. I was brought here.” (If that's what you want to believe.)

“What is my purpose here?” (To follow the description.) “But then I have to…” (Fall in love over and over again.) “Is this my punishment?” (Only if you believe it is.) Then they vanished.

And here I stay. Repeating the same conversation over and over again. I still try to find the answer to the title. I don’t believe that it was only because of the stupidity of my heart.

I fall in love with each silhouette, each one of them. I genuinely fall in love. Maybe by their mere presence or mere hope. Like I did with mere words.

The conversation became standard. I begin knowing that I will be heartbroken. But hope arises and I fall in love once more.

It really isn’t right to trap someone here alone. And maybe my purpose is to carry this burden created by that Author.

If ever I can see that narrator again, I only want to see if they will fulfill their promise.

I tell the silhouettes now that I can be free, but only if they take my place. A part of me hopes that if they loved me in return, they'll do it.