Commaful
Falling For A Friend 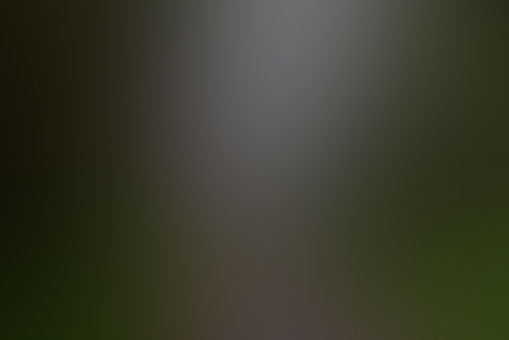 ronnie_keith Short stories focussing around love.
Autoplay OFF   •   a year ago
Transcript
There's a moment where you think you're going to kiss. But she is your friend, and you would never want to jeopardize that. Unless maybe it's worth it.
romance loveromancefriends most romantic friends storiessexiest friends stories

Falling For A Friend

We hadn't spoken since I told her we couldn't be friends anymore. It's not that I didn't want to be friends, the problem was the opposite.

That was the issue with wearing your heart on your sleeve at all times. The moment you try to have a casual fling with a friend, you catch feelings.

The bigger issue, however, was when she didn't have those same feelings back. A couple of months back we were on a night out, not just us, a group of friends.

A few drinks deeps I thought fuck it, I'm just going to bring up the fact I have a crush on her. That before she went away for the summer, I thought there was a moment between us.

The kinda moment where two people make eye contact and without speaking, knew exactly what each other wanted to say.

The said moment occurred on a cold, miserable day, where we stood in an alleyway, under shelter as we both smoked a cigarette.

She was silly; I know you're supposed to say smart, beautiful and funny. She was those things too, but at that moment I loved how silly she was, unapologetically free.

I wanted to tell her all this, give a compliment bordering on flirty. But I bit my tongue. Why ruin a friendship, just as she was about to leave for the summer.

As we chatted away, finishing up our cigarettes, her eyes meet with mine. "It's a shame you're leaving for the summer", I said, not breaking eye contact.

She took a long pause, not pulling away either, "I know right". Right then I thought we would kiss, a small lean in, a moment. The sound of a phone ringing breaks the tension. It was mine.

Unbelievable, my phone was trying to cock block me. "Sorry", as I looked at the screen and noticed it was my ex-girlfriend, fucking perfect.

The bar was packed with people, especially for a Monday night. The atmosphere here was electric, and you just felt like anything could happen.

Now a few drinks deep, now in October, your right fuck it, tell her. Sat opposite me on a bar stool, we both had bellies full of pizza and tequila.

For a second I forgot the words, she made me unbelievably nervous I forgot the English language. Her indelible blue eyes drew you in, and from there you were screwed.

Sandy brown hair, a warm smile and button nose, "you look beautiful", the words just fell out of my mouth, but I meant them. She looked up at me, starting to go a lovely shade of red, "what?".

Shit, did I miss read this, shit, fuck, fuckety, fuck. Screw it, in for a penny, in for a pound. You didn't misread this, you want this and so does she.

"Yeah, you look great tonight, I haven't been able to take my eyes off you." She was now bright red, smiling but bashful. She looked down at the ground "why are you saying this" she whispered.

She was nervous, but excitedly so, "look I don't know if you felt the same, but before you went away for the summer, I thought there was a moment", I yelled, fighting the music.

She said nothing for a long second, which made my heart stop. I couldn't feel anything, my entire body had gone numb with needles. However, she then looks up and nods, still warm in the face.

I continue, brave with tequila, "I have had a crush on you for a while". There it was, no hiding now, cards on the table. She looks at me, now I think with confidence in herself, "me too".

There was that pause again, that moment where you didn't look away. You know what each other want, just go for it.

Be romantic, spontaneous, kiss her, you fucking idiot! But she's your friend, maybe she has a crush on you but doesn't want to ruin it. So I chicken out, well kinda.

"Can I kiss you?", she smiles the most beautiful smile I have ever seen and says "yes please". I take her hand, slightly clammy with nerves and move closer towards her.

I can feel her breath against mine, our noses lightly brush each other. Our lips meet, slightly wet. I grasp her hand, squeezing softly.

I raise my other hand to the back of the neck, slowly brushing my hand through her hair, as the kiss slowly intensifies. Damn was this some kiss, especially in public.

I know some people fucking hate PDA, but I didn't care, not tonight. Not with her. Frankly, we were the only two people in the room.

The next day at work was ok, not what I expected but ok. I wanted it to be flirty and fun. But it was a little awkward.

She was leaving again, and I'd found out she wanted three weeks of no strings attached fun. That could be me, I can pull off that kinda thing. Well, turns out I couldn't.

Turns out we would both circle round each other, like sharks in the water. We both knew there was blood in the water, we just didn't want to go for it.

It's not that I didn't want to, it's that for the life of me I couldn't figure out if she wanted to. Two weeks went by with nothing. No flirty looks, barely a conversation at all.

It was friendly banter, and I felt like I'd ruined any chance to at least get to know her better. She was leaving on Saturday and was having a small, final leaving drink.

Sadly, few people could attend, it was last minute and everyone was skint.

I selfishly was excited however, maybe some final alone time would at least let us be able to figure out what this whole mess has been about.

I was nervous walking to the bar, clammy hands in a cold breeze, as I entered the warm bar. I scoured the surroundings to find her and saw her sitting with a friend from work in the back.

I sadly knew said friend and although I enjoyed their company, I was rather miffed about them being there. An hour went by, the drinks and banter were flowing with ease.

However, I just wanted to be alone with her. To ask her where we stood and to make sure I wasn't insane for the way I was feeling.

Starting to tap my knee and twitch my fingers, I became anxious at the prospect of never being able to have this conversation.

As I wrapped up my pint, our mutual friend finished up his drink, "Alright I'm a head out". Thank god, I thought. I turned to her.

She was slightly red in the face from the wine and heat, a grin on her face, "keen for one more". She agrees to just one more, we pack up our stuff and head out ourselves.

The cold air and small smattering of rain hit our face, as we both struggle to light a cigarette whilst on the way to the next bar.

It was one of my favourite bars in the city, a New York styled speakeasy, with a lively atmosphere. We perch up at a table on opposite stools.

A fake candle illuminates the table, as a waiter swings by with cocktail lists. We order a glass of red wine and an old fashioned for me.

As he took the cocktail lists back, we stared into each other's eyes, pausing. I had to ask, find out at least for myself. Fuck it, be selfish, I deserve to be happy.

I take a sip of water, I suddenly have the worst case of cottonmouth. 'So, what happened after that Monday night?' I sheepishly say into my water.

She looked up from her wine, slightly misty-eyed, looking nervous. She went to speak but struggled for the words, " I... I just haven't had a guy who wanted me for a while...".

She was clearly nervous now, bashful actually, " and I was worried that as friends it would be weird and I didn't want to ruin that.

" We both didn't look away now, staying right in the moment even if it was scary for both of us. She had a point, I'd never kissed a friend before, and the unknown was frighting.

She was leaving again anyway, what was the point of getting attached. But as I looked up at her, my heart stopped. She made me feel warm, giddy like a kid in a candy store.

" I mean I don't want to ruin our friendship either, but I also still very much want to kiss you", I said with a small smile. She went the brightest shade of scarlet, a smile caressing her face.

I took her hand, smiled louder "I don't think you know just how beautiful you are". She shook her head, looking down at the table.

She was quiet now, "I just haven't had a guy truly interested in me like this in a while, a guy who wanted me'. She squeezed my hand, as we both looked up from our drinks.

The bar seemed to get quiet, silent in fact. Time seemed to not slow, but cease to exist at all. The sound of my heartbeat rang in my ears.

I have become utterly aware of the blood travelling around my body. Of course, you want to kiss her, but she also wants to kiss you back.

You lean across the table, she leans in also and you both pause right before your lips touch.

I was happy, and I don't think I knew what to do with myself. As usual, however, I extinguished this happiness before I even got to enjoy it.

My smile slowly started to dwindle as a thought crossed my mind. Friends don't do this, friends don't hold hands, staring at each other over candlelight and friends definitely don't kiss.

You're not supposed to catch feelings for your friend, especially when you know, that even after tonight, she would never feel the same.