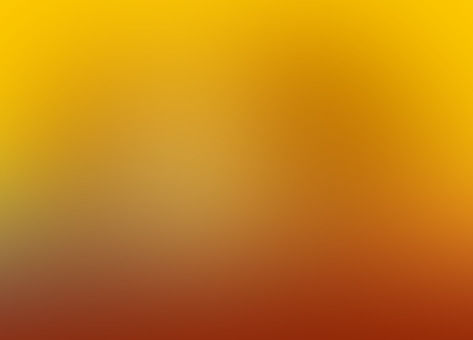 roky Community member
Autoplay OFF   •   3 months ago
Transcript
Chapter 10 Jin woke up to an empty bed, breakfast was on the bedside table and his body couldn't hurt him more.
By roky
fanfiction vampirebtskim namjoonkimnamjoonkimseokjinkim seokjin most romantic kim seokjin fanfiction

Jin woke up to an empty bed, breakfast was on the bedside table and his body couldn't hurt him more.

The sun was far up in the sky and he's sure the time is nothing less than 11 am. He sat up slowly knowing exactly what would happen if he rushed and was ready for the pain that shot up his spine.

What did he do to deserve this? He misses his family a lot.

His grumbling stomach stop his rasing mind and he takes the ttay on his lab and starts eating, happy to see some painkillers on the side, this jimin is a fucking angel.

Once he's finished, he hears a timid knock on the door and he knows it's Jimin who knocks this gently not to startle him.

"come in Jimin" he called, the boy stepps in and goes straight to the bedand checks Jin for any injuries.

" asked Jin surprised "I could hear your screaming last night" said Jimin making Jin turn a deep red "the whole palace could actually, jungkook was scared out of his mind" said Jimin.

"I'm fine don't worry, you know how he gets when he's angry" "yeah I know" said Jimin in a sad tone "wait, what? How do you know?

" asked Jin " well I know how vampires get when they're angry" said Jimin then he unbuttoned his shirt and turned around showing Jin lash marks on his back.

"damn Jimin, who did this to you?!" asked Jin horrified "is it N-namjoon?

around him, I knew so many ways of punishment " said Jimin.

to push him more.

They got in the bathroom and Jimin fixed him a hot bath while Jin undressed himself, Jimin already saw him naked before so it's no point to be uptight.

He got in the bath and his body started relaxing, his muscles appreciating the warm water devouring them.

Jimin started massaging Jin's back and all of a sudden he asked " what was the reason that angered the king?" " he was jealous as far as I know" said Jin "jealous?

Jin thought of it for a while and then it hit him "why would he be jealous in the first place? Aren't I just a human toy to him?

"ah come on are you kidding me, does he even have a heart?"

"of course he does, he just doesn't use it that much, but I see the way he looks at you and asked many times about how you were doing after any times he went rough on you" "really?

" asked Jin overly surprised with the data he was getting.

Jimin started lathering Jin's dark locks with shampoo and Jin had to ask " was he always like this, this cruel I mean?

" Jimin sighed "it's a long story, but I guess we have time" said Jimin " he was a normal child, for a vampire at least, enjoyed running around and hunting, but he was always warned from humans,

that they are weaker than him but still dangerous" he paused.

" one day at his early teen years, he went hunting with his father, but they fell in a trap, humans set it up to hunt bears or anything big, but it got their horses,

they found them and knew they were vampires and they had guns, but not any guns, guns with silver bullets, they shot them and as they started running away his father got a shot in his heart,

that one can't be healed by the vampire helaing ability, Namjoon had to carry his father's dead body to the palace hoping he can be saved and he watched him take his last breath,

he despised humans ever since and had it upon himself to take revenge of them for his father's death " Jin was feeling sorry for Namjoon, he went through a huge trauma.

" he was declared king at a very young age, so he got cruel and forgot his happiness, leaving his old self behind and replaced it with the version that you see of him now,

so it's an understanding why he's the way he is" " explains a lot" said Jin as Jimin was washing him off shampoo and soab.

He dried him off and got him dressed in comfy clothes, as they went out the bathroom Jin was surprised to see that Namjoon was sitting on his arm chair, " Jimin,

leave" he said in a low tone and Jin felt trouble coming.

Jimin bowed and left the room, leaving Jin with dripping wet hair and a vampire alone in the room, "we need to talk!" said Namjoon.