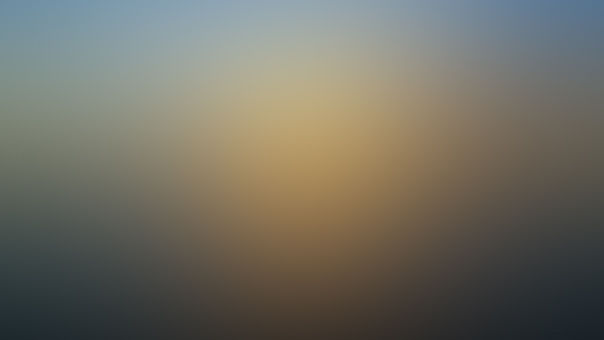 Ojiro will be the main character of this story. Therefore all “I”s, “me”s, etc. denote Mashirao Ojiro.

The sports festival ended a few days ago and school continued regularly. Bakugos win wasn’t as successful as anyone thought but for me it was just as hard to handle him as before.

Well, I never really talked to him and I don’t plan on doing so either.

I did say it was a normal school day but when I sat at my table, thinking about whether I should have participated in the Sports Festivals Finale or if I made the right choice, it rang and I,

deep down in my thoughts, didn’t notice until Kaminari asked me if I wanted to skip lunch just thinking.

Well, until this point everything’s quite normal, except Kaminari usually being the one overhearing the bell.

Then, before I could say something, I heard a voice coming from the door asking “Is the monkey here?”

I always hated it being called monkey... after all my quirk doesn’t even resemble a monkey, it’s just a strong tail of whom I’m actually pretty proud of. It’s kind of special.

At least I think it is.

Kirishima, suddenly jumping towards me, grabbing my tail and holding it high facing the door, shouted “If you mean Ojiro, he’s here!”

I jumped up astonished by this kind of behavior.

If they call me monkey anyways, do they really have to make me feel like one? I slapped his hand away, completely forgetting what this was all about.

As I then heard steps towards me getting louder, coming closer. For now I was done giving Kirishima a glance that was supposed to kill and looked at the person steadily coming closer to me.

It was Shinso. Hitoshi Shinso from the Gerneral Department.

I couldn’t get a word out. I was shook. I don’t know why but it wouldn’t go into my head that he was here. And I was just thinking about him seconds ago, which fell like hours by the way.

How he made me feel guilty and how made me quit the Festival.

I’m really not a person, who ever held a grudge against somebody and I would never say I hated Shinso...

I just didn’t particularly liked him and why should I? Everything I know about him is how he manipulated me and crushed my chances to show the world my potential.

As all of my thoughts found their way through my head I again didn’t notice what was happening around me. What was wrong with me today? I usually am a calm kind of person.

Thinking straight and always being cautious of my surroundings. Today I was the complete opposite.

With all my thoughts going in circles,

back and forth and colliding inside my head I didn’t even notice being almost completely dragged out of the room by Shinso and neither Kaminari and Kirishima telling me,

they’d eat lunch without me.

Wait... What was happening? Shinso dragged me somewhere and now we were already through the door as I finally got my thoughts together (...kind of).

I got my hand out of his grip and stepped back a little: “Where are you even going?” I was curious.

But for some reason I didn’t ask why he was here and why he wanted to talk to me in the first place. I just felt really uneasy going somewhere and not knowing where.

I hesitated, wanting him to give me a proper explanation. He gazed at me with his sleepy eyes looking like as if every muscle in his body was totally relaxed.

Seconds passed and I felt like I’d be losing in some kind of way, if I said something again.

“If you care... I’ll wait at the entrance after school for you.”

‘What does he want and what is wrong with me?’ was all I could think after hearing his words and watching him taking his steps further away.

I really wasn’t sure what annoyed me more. Me, standing wholly next to myself or his weird invitation and him, taking it for granted that I’d come.

Thinking about it... Should I?

I continued being weird today and totally slacked off in PE after I barely had enough time to eat something before. I couldn’t think of anything we could or had to talk about.

I felt like I wasn’t in the mood to be around people at all and just wanted to go home. Still, at the same time, I was extremely curious.

I didn’t ask for advice but seemed like Toru-chan could tell that something was going through my head as I sat on the ground, sweating, looking down.

I flinched a little bit as she tapped my shoulder but I’m getting used to it. Her set of sports cloths floated down to the floor next to me as she said “you should talk to him.”

She always were good at reading people’s expression and body language (maybe because no one could read her?) or maybe it’s just her intuition as a sensitive girl.

I didn’t answer her but I felt like she was right.

She added “after all you can still leave after hearing what he had to say” while shrugging her shoulders what I could barely see as her shirt moved. And there she was again.

The side of Toru entirely misunderstanding human emotions. I couldn’t just leave someone after listening to their story.

The lessons were done and I felt like crying. ーwhy? I have no fucking clue... I changed really fast into my uniform and left without saying anything.

I felt bad not saying goodbye but, seeing me on the verge of tears, they’d just make fun of me anyways.

Being able to hold it back for the moment I headed for the entrance knowing there would be someone waiting for me. It actually felt weird because I always go home alone.

For now I should definitely stop thinking. Today I kind of miss out reality lost in my thoughts.

He stood in the shadows a little past the entrance. ‘Is he stupid? Hiding in the bushes...’

“So you really came” he said with an annoying smile paired with his sleepy eyes.

His voice is not annoying though.

He took a step closer but stayed in the shadow.

I didn’t want to think.

‘I can speak without thinking.’

“I shouldn’t have grabbed you like that earlier, you just seemed out of it...”

“At least you’re not stupid” was what I usually would have thought but instead said.

He stopped but didn’t sound like he was done. He was laughing so he wasn’t mad about it. But this silence was awkward and he called me out here in the first place.

The whole time I felt really awkward so I avoided to look at him and looked at the ground instead so I didn’t notice him gazing at me for the full conversatio.

If he wouldn’t say something I felt like I should so I wanted to tell him how much I hate being called ‘monkey’.

“I … huh?” until I saw drops tinting the dirt a little darker where they fell on the ground.

I made no sound whatsoever and my face didn’t move at all but it streamed out of my eyes.

I tried so hard not to think that I didn’t even notice this? I felt something else but my feelings were so numb today. I remembered that I am not alone.

Ashamed, I turned my head to the right where he was sitting. The feeling I couldn’t fully perceive got stronger and as I looked at him I saw his huge hands in front of my face.

He took them back in that moment but before, he was wiping away my big teardrops. His fingers were wet already and I just didn’t know where to look at.

I looked at him so I couldn’t just look away so my eyes just wandered across his body when I saw for the first time that he was not just his tired eyes and bedhair.

His hunge hands, which I already felt on my cheek - they were really soft - and his body looked really muscular what I didn’t expect since muscles aren’t necessary for his quirk.

This is the weirdest situation I’ve ever been in and I can’t see a thing! It’s not as if I could just open my eyes - seconds passed as i was staring at him yet seeing nothing.

My dark vision got lighter, I felt how my mind got a bit clearer. I felt his hand again. Did I still cry?

The feeling of his hand was still dull but it felt... like more?

He still didn’t say anything but I felt like that helped me clearing my mind.

I could see him very blurry. Tears and thoughts were still in the way. His silhouette seemed bigger as before.

How close did we sit at each other? It seemed like only a few centimeters. His purple hair seemed to get closer as I began to feel something on my other cheek. It was really soft.

It was his other hand.

Why did he hold my head as I was crying? Is he overwhelmed by the situation as well?

Now my thoughts came back and envy thing went black again. It was silent too.

Did I put him in an uncomfortable position?

But what did I even come here for?

I could still feel his hands.

I felt a little whiff on my ear.

It was warm air.

One question after another as I heard something...

It was really close to my earー

“I am really sorry for what I did to youー

Your reaction surprised me though.”

My vision cleared in an instand.

I couldn’t even think of anything right now.

I saw the green trees behind him and everything looked clear.

I saw his face clear too.

I saw his closed eyes a few centimeters before mine as my mouth started to feel warm and my lips sticked to his.

Slowly my vision went dark again. I wasn’t thinking anything. I closed my eyes because for some reason I felt truly safe. I didn’t care if I cried and neither did he.

He didn’t had to say anything but this one sentence took all the sorrow off of me.

He put me on ease.

I still had questions.

‘Is this why he wanted to talk with me?’

‘Did he plan all of this to be like that?’

‘Why am I so mentally unstable?’

But all that didn’t matter.

I felt like, we still have a lot of time togetherー