Commaful
Stomach rumbling, she rolled over in bed. Her sheets twisted around her body and stuck to her skin in the summer heat. Get up. 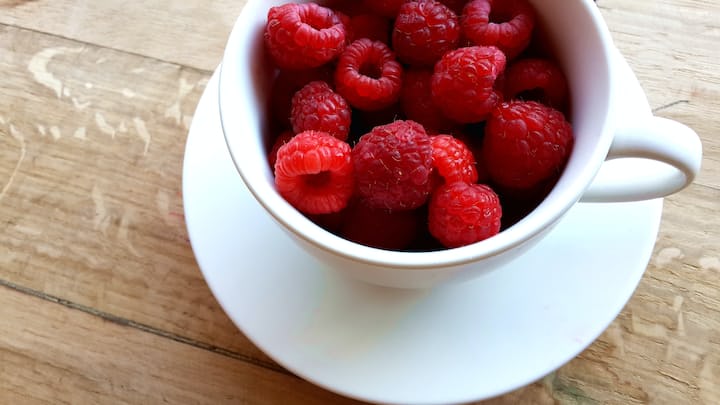 Stomach rumbling, she rolled over in bed. Her sheets twisted around her body and stuck to her skin in the summer heat. Get up.

She tried to ignore the command but her stomach churned again, eager to consume. With a sigh, she unraveled herself and moved slowly to the kitchen.

Pulling open the door to the refrigerator, she took a peak inside. Cool air danced across her skin as she took inventory. Her stomach sounded off once again, rushing her, but she wouldn’t be rushed. She began to prepare her breakfast.

Meticulously, she cut an avocado into four equal parts. One of those parts found its way into a glass bowl where she gently mashed until she had a bright green paste. She carefully spread the paste evenly across a slice of whole grain toast adding sesame seeds for garnish.

Noticing a bit of the mashed avocado on her finger, she ignored the instinct to lick it off. Instead, she wiped her hand on a napkin. Not yet. She now weighed out exactly three ounces of berries, this week it was raspberries.

She scooped thick white yogurt from a container into another glass bowl and arranged the raspberries on top. After wiping the inside of the bowl so there were no stray marks of yogurt on the walls, there was only on thing left to do.

The sound of a camera shutter graced the kitchen as she leaned over her plate. Some with flash. Some without. Some from above. Some from the side. When she had the right picture, she pulled up instagram, Breakfast, the most important meal! and post.

She turned her attention back to the food. She cut the toast into four squares and then each of those squares into two. Slowly, she lifted the bites to her mouth reveling in the creamy texture against the crunch of the bread. She ate half of the little toasts before moving on to the berries. One by one, she popped them into her mouth experiencing the burst of juices separately.

She was only allowed one spoonful of the yogurt so she carved out a perfect lump of the rich white pile. Keeping the spoon in her mouth, she gently sucked all the yogurt from the spoon until it shined like it had just been washed. A deep breath escaped her lips, then she threw the rest of the food in the trash. She left the kitchen already thinking about breakfast tomorrow.