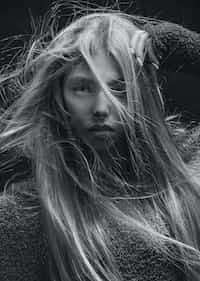 rexlignum 1980's supersoap fan.
Autoplay OFF   •   a year ago
Transcript Use Images
Hayden Bernadotte Kenthurst is a true American Princess. Young, beautiful and sole heiress of Kingsley "King" Kenthurst, one of the richest men in a world. She leads a fairy tale life until sinister forces intervene inside, outside but most of all above her. God help her!
fanfiction dynastyfallon colbyjeff colbysoapeightieslos angeleslosangelesroyaltybel airabortion

Heiress in the Sky (Dynasty) Part 1

"You heard me, Brock." Hayden said. "I want an abortion."

Broderick "Brock" Cale sat stunned on a leather sofa at the library of Kenthurst Bel Air Manor, his wide sensual mouth turned down in dismay, clutching his glass of scotch.

The room was totally silent as if Hayden's awful words had absorbed everything else from the room.

"An abortion" Brock finally said. "You can't mean that. Now tell me this is some kind of sick joke of yours. "

"Oh, Brock! If that's what you think of me, that I would joke about something like this, what kind of parents would we make? "

"Don't play your games with me! You wanted this baby too. Why are you suddenly acting like this? "

"No! I never wanted this baby. It's just that all of you -you, dad, mom, even Sastabel- were so thrilled that I didn't have the heart to tell you how I really feel. But now I must. "

"Oh, Brock! Having this baby wouldn't save our marriage. "

"Hell with the marriage! You want a divorce? I'll give it to you! Just give me my baby first. I'll raise him on my own. You'll never have to see either one of us. "

Hayden took a quick sip of Perrier she was holding in her hand and spread her hands theatrically, swaying her shoulders lightly. "I'm still young... I want to enjoy myself like I used to did.

There are so many men... Carrying and giving birth to a child would change me... My body. "

Brock exploded. "How dare you stand there and tell me that you are going to have my child killed just so you can fuck around!"

"You wanted an answer, now accept it! It is my life and my body, I make the decision! "

"You bitch! You dirty disgusting bitch! " Brock's hand swung in the air and the whisky glass flew from the table into the fireplace, shattering to pieces.

The fire flashed hotly as he rushed out of the library.

Hayden stood her heart pounding and staring at the whiskey drops which had splashed on the Persian rug. She couldn't stop two tears rolling from her eyes.

Brock had believed her story and hated her now. Really hated her for the first time in their miserable toxic matrimony. Oh, if only he knew the truth...

Hayden was having a nightmare. She was in her bedroom, in the bed, but suddenly she had to run to the bathroom to throw up.

Then she looked in the mirror and saw that her skin was covered in red, scaly spots all over.

Terrified, she ran out of the bathroom but stumbled and saw that she had stumbled into a white, wrinkled baby body.

Hayden's own scream woke her up and she rushed to sit up in her bed throwing sweaty satin sheets aside. She almost screamed again when she saw Brock standing at the open door looking at her.

"Having nightmares, are we?" Brock said with a malicious voice. "I've heard that a guilty conscience can do that."

"I bet you don't!" Brock snapped. "I suppose one would need to have a conscience at first place!"

"If you only came to insult me, please leave." Hayden said.

"Insult you? Frankly I would like to kill you!" Anger twisted Brock's handsome honest face scaring Hayden.

During their countless quarrels, even when she had hurled most hidious insults to Brock, the man had not looked like he did now.

Hate had been an alien feeling to Brock but now he had gotten to know it and it was terrifying to look at. Like watching an angel fall.

Brock gasped in pain and anger disappeared from his eyes giving way to an overwhelming sorrow. "But you are still the mother of my child for a time being and I'm not a killer like you. "

"Please Bock! Just go! This isn't helping either one of us! " Hayden exclaimed. Brock shuddered. "That's right. Nothing helps and nothing matters anymore. I'll move out of this house today and file a divorce. I never want to see your face again. "

Brock closed the door and left Hayden in her inner hell. Big tears rolled down her cheeks and her teeth began to gnash but there was no time for this now.

She had to get dressed and get on her way. Abortion. It had to be done today by any means and at any cost. Hayden got up, went to the bathroom and took a quick shower, carefully avoiding looking at the mirror.

She tied her platinum blonde hair to a ponytail, pulled a white t-shirt over her head, put on gabarine trousers, leather jacket and a trilby hat.

Usually so-vain Hayden Kenthurst didn't pay a single thought to fact that she looked like a young female Indiana Jones.

Later Hayden sat alone in the breakfast room. Signe, a quiet and polite maid, poured her coffee from a large silver pitcher and left.

Nothing else was served because King was out of town and Hayden always ordered not to prepare father's favorite sumptuous breakfast: Poached eggs, muffins,

hot English teabread with strawberry jam... Thinking of the food made Hayden's stomach upset and she put the coffee down. Was she even allowed to drink anything before an abortion?

She didn't even have an appointment anywhere but she knew where to go and, hell, she would bribe those bastards if necessary to get it done! Today! A gust of anger gave Hayden energy, she got up from the table and left.

It was typical cloudy morning in Los Angeles whilst she was on her way to Santa Monica, driving a white Maserati, heading to a clinic she had chosen to relieve her from her burden.

Quite surprisingly Hayden knew exactly how many abortion clinics there were in L.A. because King had convened an informal committee out of the city's prominent conservative Roman Catholics to find out how to legally complicate their operation.

Hayden drove quietly and cautiously but her thoughts were elsewhere. Abortion was the best solution. No, not the best. The only one. Remember, you have AIDS! She said to herself.

You can't inflict a child on that, she reasoned but it didn't really help curb the growing panic inside her.

An abortion, the entire operation where a vacuum cleaner-like device would penetrate her, suck her hollow, lift a bile into her mouth.

Hayden arrived to the right address and was turning to a parking lot when she saw a police car and man lying on the ground being handcuffed by an officer.

She gritted her teeth and drove around the block to the front of the clinic. The sight struck her eyes; a group of angry people noisily blocked the sidewalk and a part of the street as well.

They carried clumsy cardboard posters with things like BABY MURDERERS! CONCENTRATION CAMP! SATAN'S TEMPLE! Written to them. No, Hayden thought. Not this, not now...

Hayden had no choice than park the car by the sidewalk and step out. She began to walk to the front door of the clinic head held high, avoiding eye contact with the hecklers.

Unfortunatelly there was a young man in plaid shirt with long red hair and fierce eyes who managed to caughth her eye for a split second and that was enough.

"So, what's your excuse!" The young man retorted challengingly. "I beg your pardon?" Hayden replied haughtily, eyeing him as coldly as possible. "All stuck up," he mocked, "but you're not better than any killer locked up in fucking San Quentin!

His snarly voice draw attention of other demonstrators and they began to stare at Hayden as well. "Let me through," Hayden said trying to keep her voice down. "You have no right!

"Is your child going to be a Down too?" Perpelexed looking woman demanded with a teary voice with an approximately five year old girl next to her. "Is that why you hate your child so much?" The woman continued her voice rising to hysterical shreak.

"Do you hate my daughter! My Maxine! Do you want her killed!" "No! Of course not!" Hayden replied but she could not prevent an shudder looking at Maxine's bevildered face and her smallish, slightly slant eyes which were locked to her.

"WHORE!" Somebody screamed right into Hayden's ear making it ring. To her horror the people began to push her and she could feel her purse to disappear off her shoulder.

Suddenly Maxine darted forward and sunk her spitty teeth into her wrist!

Hayden yelped, pulled her hand off the child's jaws and escaped towards the Maserati. They were shouting after her.

"That's right! Run!" "Look at what she's driving! Rich bitch!" A can of soda flew through the air put missed her and landed hissing onto the sidewalk.

Her purse was gone but luckily the keys were in the pocket of her jacket so she was able to start the car and speed away. Hayden was shaking all over and drove faster and faster to get away from those people, away from the clinic, away from the baby and away from the AIDS. Away from herself.

She pushed the pedal lower and lower until the Maserati practically flew. She could hear other cars honking as she drove through red lights. In the turmoil of her mind she realised that police car would be after her in no time; Hayden Kenthurst arrested for reckless driving, daddy would hate that, what a scandal.

But then she could see her rescue. She had already reached Pacific Coast Highway and the sea was far below.

Just one quick turn of a wrist and the Maserati's motor howled as it's other front corner hit the safety barrier.

The car hurled off the road, over the cliff edge and towards the water as Hayden screamed, greeting her death... To Be Continued