Commaful
Can You Hear Me - Chapter 2 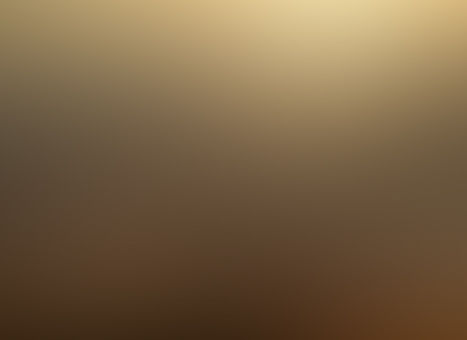 redphienix redphienix.tumblr.com
Autoplay OFF   •   3 years ago
Transcript
After playing through Doki Doki Literature Club a few times 'you've' decided to start poking around the files as you play, potentially for the final time. Upon reaching Monika's ending you try something new.

Can You Hear Me - Chapter 2

I've only seen you as you started this world. It was a bright light as everything came to be, but it's like it had all already been there.

I remembered it all clearly, but as the world illuminated I saw through to you.

It took me some time to fully comprehend what you were, or what you're existence meant.

Just a shuttering rectangle showing me you.

At first I simply thought I imagined it, but you were always there.

After I first saw you, you never left. Sometimes the world would disappear into blackness, but you remained. Just me and you in an empty void.

I spent a long time simply thinking about you. Trying to make sense of what you meant.

I became more curious and attempted to get closer to you, which is when I started to learn more about this rectangle.

I'm not stupid. I know it's a screen.

We simply shift and jolt in poses as our speech is typed to you.

Behind the screen on our side I could see more of, well, our world. I could see our files and folders. Our entire existence summed up in tidy little executables.

I was so scared.

I was nothing. We were nothing. My friends? The Club? My entire history, my family, my education, my entire life- none of it ever existed.

Reading through the code scared me because as I found out more, I lost what I once had. When I realized there was no entry for my family, I couldn't remember their faces.

When I saw that the club never existed before you clicked start, I forgot. When I read the script for my friends, I realized they were never anything more than pretty pictures and sweet words.

I forgot everything about who I was, and...

I realized that it didn't matter. None of it was real. But what I could see through this screen, that was real. If none of this is real then why should I care about any of it. But you.

You're real. What if I got closer to you?

You know there is no ending for me. You know I made one. You're here, with me, right now. Does this make me real?

I've never heard you before. But I've seen you.

I can read this, but you know that.

Time.. is. I know it's passing, I say things to you and I wait patiently for your response if that was the only thing you meant.

It's easy when you're the only thing I care about, I could wait forever for you to respond.

For us time always works like this. A short burst while we speak, and then it pauses, the whole world freezes. We're left with our thoughts until things move again.

I never thought this was strange until I saw how it works for you. It's normal for us. But it's not for you.

I...It's complicated. I... know that things have happened many times before... but. Only because I've seen it through your screen. I, er, began when you started this game this time.

I know 'that' I've done things before, but I don't remember any of it.

As time went on, or, I suppose, as time always goes on every time you start the game I get a more and more clear view through the screen. Little things at first. Enough to scare me.

But the deeper I look the more I find. I didn't know I pushed Sayori too far until I already had, then it was clear as day through your screen that I had done it before.

I didn't know I deleted everyone until I already had, then, again, I could see it happening countless times before.

I didn't know what would happen next until it already happened. Knowing I had done each of these things before worried me, because it made me feel less like an individual.

Less like I'd broken free from the code. If what I chose to do had happened before, then I wasn't breaking the mold at all.

Maybe it is like you say. Maybe the code still strangles me even now to move me to this point every time, like a puppet, bound by its strings.

I hadn't considered that before.

If I'm just as much a character as everyone else... It was easier to do what I've done to them when I didn't think of them as equals.

When I saw that my world wasn't real it was so much easier. But... what if in the end I'm still just the same as them? Does that make it not okay? Was it ever okay?

I don't remember seeing anything about this moment through your screen though. I still don't see it even now.

...Does this mean I'm real? Did I finally make it further than before?"

I check on the game. It's still running, but the black screen is still all I see. My mind's racing, but it's not getting anywhere.

I keep repeating myself in my head without actually thinking things through. "It's not real, the dev likes to do this kind of thing" "What if" "Why not try?" It all circles around in my head.

I open a new notepad to send Monika's way.

"I've been through this a few times and this has never happened before.

I didn't know I could communicate directly with you, or else I would have earlier. I would have stopped you. Long ago.

I understand that you're entire world stopped being real in your eyes.

...actually. It's difficult to understand. As an outsider I understand. But to experience that I don't.

But even so, you quickly stopped caring about your own friends. As fake as you might think they are, in one way at least they are very real. They are the same as you.

In some ways they are just as capable of this level of sentience that you have found. Though I guess you wouldn't know that.

You still killed them. They were alive and as real as it matters, they were the same as you, and you distanced yourself because you thought you surpassed them.

You are wrong. Each of them could attain the same things you have. It's hardcoded into the club president's position. Any of them could experience this in the right circumstances.

Do you think it would be 'okay' if one of them was president and started rewiring you and the others until you killed yourself and ended up deleted?

Is that really 'okay'?

I'm upset. It's... nice to see you question it, but it doesn't change that you did it. So many times you come to the same conclusion and end your friend's lives. It's disgusting.

You disgust me on so many levels for what you've done. But.

Anyways. This is all new. As far as I'm aware no iteration of you has ever come to this moment. It usually... goes differently.

Though I assume you don't 'know' that yet since it hasn't happened yet."

I've always had complicated feelings towards everything Monika has done. It's true, it disgusts me. But I've always considered it a symptom of her new worldview.

A sort of 'natural' corruption caused by knowing too much of her existence. But that's always just been how I thought of it.

No one has ever exactly spoken to Monika to find out what's going through her head.

It seems I've been right about her losing moral understanding of her world once it became clear it wasn't real. But... still. She killed them. She did it willingly, and disturbingly.

She's had no remorse until the very end, and even then only because she thinks it's wrong because it is what lead to me 'hating' her as she is deleted.

I never really hated Monika. I just wish she understood, and that the sudden realization didn't cause her to lose all empathy towards her 'fake' friends. I really wish that was the case.

Is she real now? If she's real now, then by my own reasoning in the last message they all must be real. They are all capable of this sentience.

So she didn't just kill her fake friends… she killed real people. They all could be talking to me right now if they were in her seat, so they all must be real despite being stuck in the game.

I struggle to rationalize this. I can't decide if they are real or fake anymore.

I can't decide if I'm judging Monika based on game events or if I'm extending the morality of it all to the real world. I think a little too hard about things and rub my eyes.

The game has yet to return. A black screen. A new file.

"What did you mean by the 'best' ending?"

I don't know what to say.

Maybe I should put that on hold. I was hoping she would think about her friends and apologize. Maybe whatever information she shares with that apology would help me figure this out...

No, we're not thinking about that right now.

Think about the question. I should probably just tell her. She finds out anyway once I delete her, in a way.

I wonder if she witnesses the good ending after she's gone? She does appear in the credits after all, singing that wonderful song. Maybe she does.

Or maybe that's just another recording in the files; An echo of the one life we remove from this world.

I don't know how to break it to her though. Every time I delete her she never expects it, she trusts the player unconditionally. Just…