Commaful
By the Light of the Christmas Moon 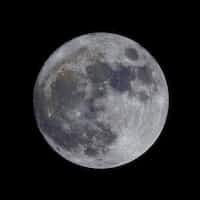 rebeccapatton A young and inspiring author
Autoplay OFF   •   a month ago
Transcript
A Christmas tale of a doll finding her way back to her owner.
fiction christmasdollgirlwindmoonhopehope-prayerwishmiracle

By the Light of the Christmas Moon

It was in the middle of the night, with clouds covering the night sky and with a fresh layer of snow on the ground.

The streets of the city were empty, with the exception of a few stragglers hurrying to get home before the clock struck twelve.

It was Christmas Eve after all, and the sooner they arrived home, the better.

While Marilee completely understood their need to be with their own families, she wished that they would slow down so that they could see her.

Marilee was a doll with dark curls and brown eyes which went well with the yellow dress she was currently wearing.

She had been gifted to a young girl named Naomi earlier that year and Marilee had never felt so alive.

Marilee loved having tea parties with Naomi, making her laugh and smile, and traveling to new and exciting places with her.

So when Naomi took Marilee with her to enjoy the city on Christmas Eve,

Marilee had been expecting nothing more than another wonderful adventure with her owner before going to a home full with Christmas decorations.

However, Naomi had fallen asleep in her father's arms during the end of their adventure, causing her grip on Marilee to grow slack to the point that she let go of her.

And Naomi's parents didn't notice Marilee falling onto the snow as they walked away. Marilee had hoped that they would turn their heads but they never did.

It was now hours later and Marilee was beginning to really fear that she would never see her beloved human again.

Then suddenly, Marilee heard the music of the clock ring out through the street. Marilee realized with dread that it was now midnight. Christmas was now here.

And instead of spending her first Christmas with Naomi, she was going to spend it here on the snowy street. Alone.

Just when Marilee was about to let herself be overtaken by despair, the clock's music ended and instead stuck one.

Right at that moment, the clouds finally parted, revealing the bright and rare Christmas full moon.

As the clock struck two, Marilee basked in the light of its beautiful beams.

When the clock struck three, Marilee felt encouraged enough to pray, to desperately wish that just one more time that she would somehow find her way back to Naomi just in time for Christmas.

Then the clock struck four, and with it, a gust of wind.

Not only was this strange because there hadn't been any sign of wind before, but the wind was also strong enough to pick Marilee up off the ground.

When the clock struck five, and later on six, the wind took Marilee so high into the sky that she could see the bright lights of the city below her.

The clock then struck seven, which was when Marilee started to hope that her prayers were being answered, and that the wind was going to take her safely home.

When the clock struck eleven, the wind carrying Marilee began to die and took her towards the ground.

Then, right as the clock struck twelve, the wind gently placed her on a doorstep before dying completely.

As the clouds went back to covering up the moon, Marilee looked at the door and realized that it was the front door of Naomi's house.

She was going to spend Christmas with her beloved human after all.