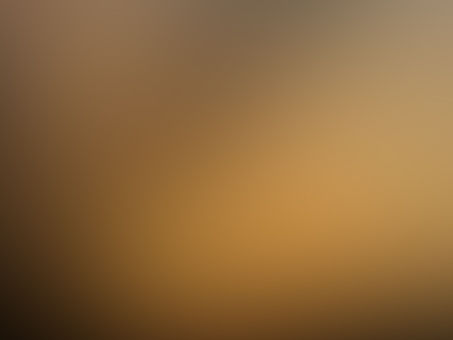 ratlord post about dreams/will reply to comments
Autoplay OFF   •   a month ago
Transcript
This dream has the best ending I'd ever dreamed! It kinda reminds me of 13 going on 30, but instead it's 17 going on 20?? Then again, my brain isn't very creative.
feelings dreamdreamtdreams13 going on 30

I'm Mya. I was about 4 when my mom bought us a pet shop. It connected straight to our house, so we didn't have to worry about driving to work. I had worked there and done chores there since 6.

I was about 10 now, still a kid, and I worked there for my mama. I didn't get paid, and neither did my two best friends, Bruce and Kenzie.

Kenzie lived on a small apple farm down the way from us. She had blonde hair that she usually wore in braids and always some piece of flannel or camouflage.

She had dark blue eyes that always made you scared when she got angry. Bruce lived in a neighborhood across the street.

His parents didn't really care where he went during the day, so he worked for us at our shop. Our shop was huge.

I remembered when I was only 6 and my mom came home, excited. She was usually grumpy, tired, or happy, but never excited. She handed me the sweetest, friendliest, energetic ball of white fur.

It was a white Maltese puppy. We had all sorts of animals in our store, but no puppies or kitties. We were exotic pets.

Just a minute later, the puppy was bouncing around the place, and using an old toy as a dog scooter. I was only 6, so I didn't know what to name him. I decided on Cavity.

It's a kind of stupid name, if you think about it. A few years later, I found myself a stray, grey tabby kitten. I named him Henri.

They ran around the store, greeting customers, playing with a few animals, and playing with each other. They were my babies. I called them Hen and Cav. They were like best buddies.

I met Bruce when I was 8, right after I had found Hen. Bruce became my friend quickly. Bruce had fluffy brown hair and light brown eyes.

On my lunch break, we'd usually take a walk somewhere nice. A few months later, and that somewhere nice led us to Kenzie's farm. Kenzie was... bittersweet.

She'd call us names, punch us in the arm, and even try wrestling us, but you could always see that she cared about us. Now, at 10, both Kenzie and Bruce worked in my store.

My mama handled the customers, finding out what they want and what they need. Bruce usually swept the floors, cleaned the tanks, or chopped the fish, but he didn't mind.

He was always a great sport about things. Kenzie worked on restocking the food, toys, and tanks in boxes in bags, and doing any other chore that needed to be done.

I did whatever I could find that needed to be done, and I got to order them both. Bruce found it funny when I did, because he said I looked like a bossy toddler, but he'd always do it.

Kenzie, on the other hand, never liked being bossed around. Most of the time, she'd shut up and do it, but sometimes she'd explode and yell. She had a temperament. She was emotional.

She never went to a proper school, she never had her parents ask her if she was ok or how was her day, and she never had anyone to talk to about her emotions.

A few times, I'd catch Bruce and Kenzie in the storage room. Bruce would be tightly hugging her, and saying "It'll be okay.

" over and over, while Kenzie would have her head on his shoulder, crying nonstop. Which was weird, considering Kenzie was taller than both of us.

Of course, I was the shortest, and the last to turn a certain age. They got close. And she got colder towards me. I had liked Bruce since I met him, and she knew it. I had told her.

We were 17 now. Well, they were. My birthday was in two months. We were all the perfect trio.

Then, one day I looked up from feeding our oldest tortoise (aka Cav's best friend), Milo, and I saw Kenzie and Bruce exchange worried looks.

I stopped in my tracks and jumped when Milo snapped at my finger. They looked at me, equally worried. "What.. What's wrong?" "Mya, you might want to sit down for this.

" Bruce grabbed a chair and gulped slightly. I stood up, confused. I slowly walked over and sat down in the chair. They both looked at me concerningly. "We-" Bruce began, but Kenzie cut him off.

"We're dating." I stiffened. "What?" I replied, shocked. Bruce began again, saying "We began dating a few months ago and.. And we're getting married next year." He began again, faster.

"We looked into getting married and the next opening is in a year for the place we want. And.. We were unsure when we should tell you, so here we are." I fell silent.

A few months ago? Have they been hiding it? Bruce sighed and kneeled down in front of the chair. "Mya.." I dropped my head. "This won't change anything.

I mean, we've been dating for 6 months and you didn't realize." I held my breath without realizing. He grabbed my hand. "We'll still be friends.

" He sighed again and stood back up, walking back to his job that day.

I sat in the chair for at least half an hour, because Kenzie walked up to me eventually and whispered "Come on, don't be dramatic. It's been like 50 minutes." She sounded harsh.

As if she was trying to brag. Did she think she had won some competition? Does she think life is a competition? She grabbed me by the arm and pulled me to my feet, twisting my arm as she did.

I didn't say or do anything. I just stared at the ground, distant from this world. Kenzie pushed me into my house. "Take a break, boss.

" She emphasized practically every word, but paused before boss. I walked into my house to find my mom on the couch, flipping through channels.

"You okay?" I fell onto a cushion next to the couch. "Don't plop, it's not lady-like." I had liked Bruce for 9 years. Kenzie probably never liked him. It had been 3 years since that day.

We were all 20 now. Bruce's 21st birthday was in a few days, followed by Kenzie's in a few weeks, and mine in a few months.

I had (mostly) gotten over them dating, although I stuck my tounge out in disgust ever so slightly every time they kissed at work. I winced every time I heard an "I love you.

" and I gagged every time I heard her giggle. Although, I never meant to do any of those things, it was just a reaction. They were married now, and I needed to accept that. Cav was 14 now.

He was old and paralyzed from the waist down. He had a doggy wheelchair, but he was still energetic and loving. Just, less energetic than before. Hen was 12 and healthy as a horse.

They both circled around my feet, just like when they were young. I watched as Kenzie walked in, took off her winter coat, and kissed Bruce.

They lived together now, but Kenzie took over her parent's farm. She had found out a few weeks ago that she was pregnant. She saw me staring and walked over to me.

"You okay?" I paused and replied without thinking. "Why do you love him?" She paused, sighed, and sucked her teeth, bittersweet again. "He listens to me." She said, in a threatening voice.

I stiffened and goosebumps ran down my neck. She walked back and started her job cleaning the fish tanks. My vision got blurry and my legs started shaking.

I fell over before I knew it, passing out. When I woke up, Bruce was at the foot of my bed, 17 again. I startled awake.

He turned and began saying "Sorry, I just came to work early but I wanted to see you and your mom said it'd be ok if I waited till you woke up!" I sat up, confused. "Me and Kenzie broke up.

She kept talking about some other, older guy. Charlie, I think." Now I was more confused then ever. So it was all just a dream? "I'm sorry." I replied, thoughtlessly. He laughed slightly.

"Don't be. It wasn't your fault. Plus, I never really liked her. She just used me to rant. Never asked how I was. How I felt. That's why I kissed her that day and proposed the other. To get her to shut up."

I laughed without thinking again and he watched me, a smile lit across his face. "So why'd you come to see me then? You could've just worked until I woke up and came downstairs."

He thought for a moment. "Yeah..." He stood up and smiled determinedly. "Get dressed. I'll be in the hallway. I gotta show you something." He walked out and shut the door.

Of course, I got up and got dressed as quick as I could. I rushed out the room and found him, waiting on me. He grabbed my hand with one hand and covered my eyes with the other.

Once we arrived, he leaned down next to my ear. "Ok. Ready?" I giggled excitedly. "Ready." He lifted his hand to reveal every worker, cleaner, and favorited customer in the pet shop standing in

broken, there stood a bright, colorful sign with the words "Mya's Marvelous Pets!" I shoved my hands over my mouth and began crying from happiness. My mom placed her hand on my shoulder.

"You're ready, kiddo. And, my boyfriend Willy invited me to go live with him in a retirement home. Don't worry, it's fancy and he's rich." She laughed and I replied with an inside joke we both shared.

"I always knew you were a gold-digger." She laughed some more. "Well? What do you say?" Bruce said, teasingly. "I say.." I began. I leaned forward, wrapped my arms around his neck, and kissed him.

Pulling away, I finished my sentence. "Thank you."