Commaful
Perseus: The Seer and The Protector 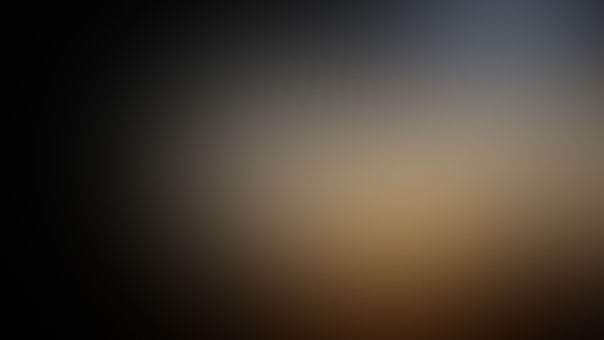 raruma Community member
Autoplay OFF   •   5 months ago
Transcript
Their enemies learned from their mistakes and improved their strategies by tenfold. Why couldn't we achieve such progress? Power should be given to those who do not desire it. Perseus did not trust the Olympians. He had witnessed the atrocities they have committed firsthand. But he has to fight alongside them the greatest battle on Earth for the sake of hope and life. Son of Chaos.

Perseus: The Seer and The Protector

Perseus: The Seer and The Protector

His fists shook as he tried to control his rapidly increasing rage but it was of no use. His mind was going numb.

He watched as Maria Di Angelo suffered at the hands of a paranoid and selfish man and was ruthlessly ripped from her lover and her two innocent children.

He heard Hades' cries of revenge as he screamed himself hoarse vowing to make his younger brother pay for the crime he committed.

Disgust welled in his chest at that name and if possible his fists tightened even more.

His nails dug into his palm leaving angry crescent marks as he opted to inhale long breaths to make sure he wasn't going to do something he would regret.

A presence of strong energy flared behind him and he immediately knew who it was but he had no desire to turn.

It was soft in hopes of subduing the anger that was rolling off of him in waves. He slowly revolved and their eyes locked.

His eyes were dark from anger far from his usually bright ones but it didn't deter her. It encouraged her even. He stared, not willing to let go of his anger so easily.

But eventually she won, as she always did. All of his hostility suddenly abandoned him. His shoulders slumped and his muscles relaxed. His head dropped and his fists unclenched.

That was all she needed. Chaos stepped closer to her son and wrapped her arms around him. She buried her face in his chest as her son rested his cheek on her head.

They stood their accompanied by silence disturbed only by their breaths.

"He will pay for his sins." He murmured against her hair. She withdrew but chose not to comment.

She knew firsthand how her son felt towards the King of the Gods and she did not wish to give him fake reassurances about his sister's grandson improving his attitude anytime soon.

He intertwined his hand with hers and they stood together and watched as Hades' servant Alecto, one of the furies dipped his children in the Lethe and transported them to Lotus Casino.

To live a life of faux peace and happiness till it was time for them to come out of their hiding.

It was disheartening how her great grand children let their paranoia and desires affect their family. The three legendary brothers of Kronos: broken apart by pride to never stand together.

It was almost pitiable.

Chaos nudged her son in the direction of their thrones. They walked away from the huge panel that continued displaying Earth in all its glory and towards their thrones at the back of the room.

They both stopped in front of the two thrones and just stared at them. The majestic seat of creator of the universe was for the lack of better word - divine.

It was a swirling abyss of galaxies and twinkling stars forming constellations that did not seize to control the gaze and was made of elements both known and unknown to the universe.

It was a gravitational force in itself, one to be feared and respected.

The throne to its left was a sight in itself. Swirling masses of black were encircled by gold streaks of falling asteroids.

When one collided with another a shower of gold followed before dissipating and leaving a few gilded embers in its wake.

Every once in a while a huge fire would ignite somewhere and slowly fade from existence leaving behind only flickering embers.

The swirling masses of black were peppered haphazardly throughout the seat of power and would suck in greedily whatever sorry ember burned its way to it.

No sign left of its existence besides of a mere memory.

Power should be given to those who have no desire to wield it.

If only even a single person could understand, so much could have been saved. Things would have been executed more benignly. But thirst for power is like a drug. It can never be sated.

She had witnessed that firsthand.

"You will have to go, my son." Chaos said softly. She rested her head on Perseus' shoulder. If he heard her words, he didn't give any indication.

She exhaled heavily, her son was so stubborn. But she couldn't blame him, his reasons were justified enough by the blunder they just witnessed.

Zeus had acquired many enemies through the span of his immortal life but while he revelled in his seat of power and authority assuming his reign would stay unchallenged,

the most dangerous enemy he could acquire was on the verge of turning on him and if provoked any further,

Chaos had no doubt the sky god would fade without any last words and probably with a good kick to his shins. The thought made her smile.

Perseus turned towards his mother, her lips were dancing with a smile and the sight somewhat relaxed him. She had decided to assume the form of a woman in her early twenties today.

She usually did that, not out of disrespect but because she found that enjoyable.

Confusing the residents of the void and having them wonder all day about the beautiful woman they saw in the morning.

It stopped deterring him ages ago besides who was he stop his mother from having her fun.

Chaos turned and her eyes literally lit up at the sound of his chuckle. He brushed his mother's chocolate hair from her face and cupped her jaw.

Their foreheads touched and he revelled in this feeling. The feeling of closeness to his mother because he knew she would never judge him, no matter what.

He had excelled past that point and gained her approval millennia ago. She knew his darkest traits and she never judged him for it. He was grateful for that.

"I will go, mother." Perseus started. Chaos opened her eyes but didn't pull back. Her black abyss' met his vibrant blue ones.

"For you and maybe to kick that dunderhead's ass." Chaos chuckled and the voice was like violin to his ears. She nodded and stood on her tip toes to kiss his forehead.

She pulled back and took a step away before extending her hand in a regal way towards him. Perseus smirked as he took hold of his mother's hand and kissed her knuckles.

he thought that his mood sobered.

He clutched her hand, all the cruel things he'd seen the Olympians execute on innocent people because of their millennia old prejudices flashed through his mind.

He had to help them fight a war they had no chance of winning without him.

Why should he? What good had they brought to the world?

Yes, the alternative to them was worse but he'd be damned before he let their foolish prejudices and grudges become an obstacle in his path.

He would help them and they would win this war but they would do it his way.

"I am not doing this for them. I'm doing this to protect all the innocent mortals and half-bloods that'll be caught in the crossfire."

Chaos just nodded, already knowing his reasons. Her son had never been personally to Earth before, indirect aids, yes but direct interference, never.

The laws she had herself created restricted her from interfering and if she was being honest it was not her place to interfere.

She had witnessed countless planets get pushed towards the edge of extinction because of civil strife. Her son, however was free of all rules, she had made sure of that.

His duties did not coincide with them, so he didn't have to abide to them. He felt remorse for the innocents who lost their lives because of petty squabbles.

It pained him to see the light of life being extinguished from places that once had been brimming with hope.

"Do as you wish, son. There's still time before that day arrives." Chaos said, squeezing his hand.

"They will have to prove themselves worthy to me. I will not aid some immortals fight a battle that does not belong to me who can't look beyond their past and learn from their mistakes."

"They shall, son else you can always throw that lazy tantrum of yours." Chaos suggested with a smug smile.

Perseus smirked, "I shall, mother. I shall very soon."

He kissed her cheek and bowed his head once before revolving around and stalking out of the gates. His heart soaring with courage.

Chaos watched her son depart with a soft smile on her lips and a twinkle in her eyes. She would be waiting for the day that Perseus would make himself officially known to the great Olympians.

Her eyes landed on the earth's blue globe in the window panel. War would break out soon over its surface but she could just hope that one of her favourite planets would not be annihilated.

Yes, she had hope.