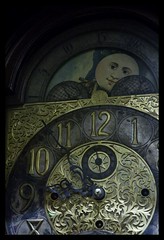 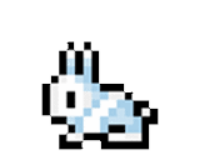 rabbit Its hard to talk in real life, not here
Autoplay OFF   •   4 years ago
Transcript Use Images
Time seems to go too fast, but if you listen hard enough, it's steady tick stops the minutes from passing.
poetry healingwatchpocket-watchtime healing poemstime poemslgbtq time poemsfunniest time poems

"Time is made up, you know," she says again, but her argument is weak. The two of them watch the pocket watch tick in his hand.

"Right," he replies, a distant smile on his lips. She notices this, but says nothing. She feels... odd. She's never seen this before. His eyes find hers.

"Here," he says, placing the watch gently into her palm. She regards him with surprise; the smile never leaves his face. "Return it when you're ready."

Later that night, alone in the dark, she lies with eyes wide open. Her limbs are trembling and her heart is quaking. She finds it hard to breath; a feeling she is used to.

She feels herself floating away from her body and sinking at the same time. She never has anything to hold on to, to keep her grounded. In the dark, her eyes find the pocket watch.

Unsteady fingers reach out, cold and desperate, until they find the cool metal. Finally, she clutches the pocket watch with shaking hands. It is silent.

In the silence is the first time she hears it.

Tick. The first sound sends a shock to her heart and she gasps. Tock. The mechanical rhythm of the clockwork help her focus. She is pulled back into herself.

The tiny, quiet echo is grounding her. Something so small amidst such a large darkness shouldn't have won out. She shouldn't even been able to hear it. And yet...

She takes a deep breath, her heart calmed. She brings her closed hands towards her chest where her heart lies. It beats in sync with the gentle ticking. Her smile is reminiscent of his now.

"Who could have guessed" she says to the shadows. "That all I had to do was hear how time moves." But she knew time would always pass, and what she had found would surpass the decades.

The next day, she placed his pocket watch back into his hands. They shared a smile, and in the sleepy morning air, the only noise between them was the passing of the seconds.