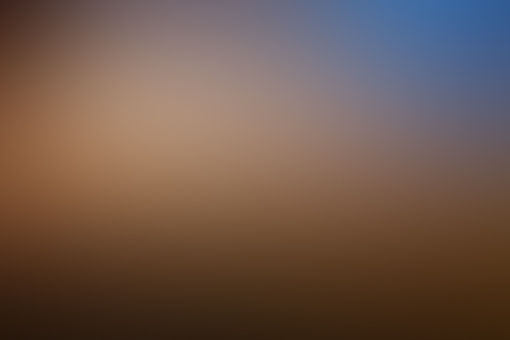 pyantah A guy from Italy with a writing hobby.
Autoplay OFF   •   9 months ago
Transcript Use Images
A dream of danger and then a real danger, the colonel just can't catch a break in this soon to be literally blazing night.
fiction mysteryaction

I feel... like breaking, as if in one instant I would shatter into a million pieces, a feeling so strong that letting go is very tempting. but I need to hold on, I must...

and I don't know why or how.

I open my eyes and I am in a completely different location, not a cell but an open field with monoliths adorned with weird hieroglyphs all over the place,

as I am standing far from a group of people while surrounded by corpses...

Those words just came out of my mouth while that feeling just keeps getting stronger, what is causing it?

Where does it come form?

I look at them, or rather what's between them, I am holding --no, restricting-- some sort of light with both hands, which have glowing purple cracks all over them... and my arms too!

What's happening?! I have no idea, but I know I must hold on to the light, or else...

I hear the sound of an alarm, and all of a sudden everything stops, I open my eyes and I am back in the cell, with my heart rushing and all the cracks gone.

It looks like it was... I can't help but feel relieved.

The alarm doesn't stop though, I guess that's the only real thing from that.

Suddenly two people in black and yellow uniform rush past my cell and then I notice that the door is open.

I mean, I am not a prisoner so why wouldn't it be?

I'm overwhelmed with curiosity, so I go out and follow them, looking around me in the meantime, analysing everything I can out of this complex that I find myself in.

The walls are made up of stone bricks, but the ceiling is made of metal, with three stripes of LED lights going through it,

the doors are all over the place when it comes to visual consistency though, some are wooden and old, some are new, some are shining metal doors, some have even been walled!

If I had to take a guess I would say that this is an old compound that is being modernised, albeit only recently given the walls and the doors.

Then I smell something weird, is it smoke?

GREAT DESIGNER ALMIGHTY, IT IS SMOKE!

I put the pieces together and run even faster than before, almost catching up with the other 2 people that ran past my cell,

at least I could catch a good enough glimpse to follow them towards an exit.

As I step outside, underneath a starry night sky, there are some trees in the middle of a small woodland not that far from here, engulfed in flames...

luckily it was not the outpost, glad to be wrong this once.

I see people run towards the fire,

by someone else as it is probably heavy-- while the rest are scouting the area around armed with rifles.

All of a sudden then, that guy from before appears, I think his name was James, so I decide to ask him some questions.

He immediately stops dead in his tracks and does some kind of military salute.

J: "Sir! There is a forest fire and we are trying to keep it at bay, sir!"

"Do you know what caused it?"

J: "Not yet, sir, even though I have two hypotheses, at best it was a campfire gone wrong..."

He gulps and looks visibly stressed.

And then he runs wherever he was going, leaving me confused over what the hell a Pyronoctis was.

A question that is soon overrun by some kind of muffled roar coming out of the now less burning woods and,

after a few seconds of silence to let the stress and fear sink in amongst the remaining officers, a giant pillar of fire rose up afterwards,

shooting in the night sky like a beacon of death as the roar became much more clear... and terrifying, like the screams of a thousand people burning alive at the same time.

J: "WHY THE PYRONOCTIS?! WHY CAN'T IT BE AN ACCIDENT LIKE THE OTHER TIMES?!"

He sounds pissed off and scared at the same time, I didn't even know that was possible!

Panic begun to rise in between the troops, "That monster is going to kill us all if it gets to us" "We need to evacuate" "What do we do now?

" were the most common phrases that were flying left and right out of that noisy crowd.

However something then clicked in me, something... triggered me about this situation, I want to shout, I want to-

Immediately after I shouted with all of my lungs, everyone went silent, looking at me like I effectively was a superior, standing at attention.

I should be scared at the time, after all 20 or so people were looking at me right in the eyes, but right now I'm even more confident than before, as if I am used to this,

which would be logical since I am apparently a colonel and giving orders is probably something I do a lot, so I keep talking as if I was on autopilot.

"So, it's very clear that this Pyronoctis is a dangerous monster... Soldiers, has anyone of you ever faced one before?"

A collective "No, sir" came out of their mouths, just as I feared...

Ok, what to do now? Maybe I should ask for more information on the matter, maybe there are some archives or something?

No, we don't have time, I should consult someone, just because they haven't met one doesn't mean that they don't know anything about it... right?

However it appears to be unnecessary another voice cuts through the crowd behind me as I was facing the woods during my train of thought, a feminine but strong voice,

even more confident than mine actually.

Everyone is now even more at attention than before, so I turn to see why and I find myself in front of a red haired lady, with deep green eyes and a full body black military armour,

minus the helmet, which she was holding in her left hand.

All the soldiers said "General Sheryu, ma'am!" and something tells me she is MY superior too as everyone was looking at her and not me anymore, so I joined in and tried to imitate the salute.

S: "You did a good job establishing order again, but now I will take the reins of the operation.

I will need the best we have to take care of that monster, the ones I call come with me, the others keep the flames at bay with every means necessary,

we are lucky that the nearby woods are small AND unconnected to the Land of Custos, the local Harokai would have NOT been pleased about this"

Everyone had nothing to say, just like me they were completely focused on the orders ahead, although on that last remark about a Harosomething seemed to ease the tension slightly, even for me.

S: "For the anti-monster team I will personally contribute, alongside me there are going to be Captain Eldingar..."

Which was right beside her, how did I not notice him?

He takes his jacket off and reveals a black and yellow body armour,

different than one Sheryu had but not too much besides the different shape of the shoulder and chest protection to accommodate his different body type.

James, trying to keep a brave face, goes next to Eldingar, but then the two hold hands and that eases him up a lot.

Why is that? Nevermind, there's more important things to deal with now, for one how I could contribute to extinguish the flames...

A young girl, maybe in her early 20s, with the same body armour, blonde hair, fair skin and blue eyes goes next to Andre.

I look around me to see anyone step forward, but... nobody's doing anything.

S: "That is it, now all of you go and restrain the fire, we wasted enough time."

Everybody went back to their duties, but what about- Ooooh, I remember now!

John Doe is a name that is given to nameless people in the military!

Wait, w-were they talking about me?

No, no, let's reason a bit, Eldingar said I was not the only one in this situation, so there MUST be another nameless Colonel, yes, it makes se-

S: "Hey Colonel, you're coming with us!"

There is no mistake now, she's clearly talking to me.

I don't see this ending well, but I am left with no option but to comply despite the...

massive amounts of questions in my head, mostly screaming "WHAT?!" "HOW?!" and "WHY?!" but alas, I step forward...

If you liked this second part make sure to let me know with a reaction or a comment. What is gonna happen to this guy now? This question will be answered... next time!