Commaful
The only glimpse of happiness for an Indian sibling like me. (PART 2) 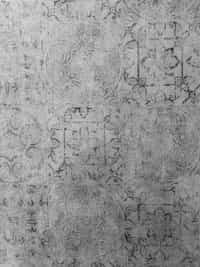 puntolunar *Socially Awkward Ambivert*
Autoplay OFF   •   a month ago
Transcript Use Images
This is the second part of the first episode. SOML#1, Part 2.
funny autobiographyfunnysattirefrustationfeelingsthoughtsstorytimestory timeepisode funniest feelings stories

The only glimpse of happiness for an Indian sibling like me. (PART 2)

........after thinking for a few minutes that I was given, I was kind of sure that I hadn't broken something up high on a wall, because, let's be honest.

I am too lazy to move my hand way high up just to break something.

The sad thing about me is that it is during moments like this where I had been accused of, my memory bids me goodbye to take a stroll.

So, even if I am sure that I hadn't done it, my convincing Parents take advantage of my strolling memory for that moment and decide to go all Reporter- like on me.

The number of questions they ask man! And since they were already sure that I had done it, all their questions were like, "Why did you do it? , How could you reach so up high? , Do you even know how much that costs?"

So, I made sure I was cautious with my words. i.e, I said nothing. And as they keep talking, I started doubting myself.

"Did I do it? Maybe I did do it! Well, I WOULD have known if I had been able to reach so high. Right? Maybe I did it in my sleep?!"

But, when I went down to my Parent's room and saw the picture, I was SURE I hadn't done it. And I surprisingly had enough points to prove I was innocent.

(Me being short and too scared to go to their room and stuff like that.) And after listening to them, my Mom actually started supporting me!! (You don't know how big that is unless you are me.)

After a short confusion, we came to the conclusion that I did not do it. After asking my Brother, he himself said he was guilty. (like, bruh. are you kidding me?)

And while my parents were thinking of what to do to my 20-year-old, smelling-like- skunk Brother, I was having my proud, Thor moment.

(You know the one in the End Game where Thor says "I am still worthy!"?) I was telling myself I was still worthy and not broken enough to break everything I touched! (Thank god)

Though it was my Brother who did it, I was the one who received "The Speech". And my Brother had scared them enough already that he only received a piece of their mind and immediate food later. (Are you kiddin' me?)

Whereas, if I had done it, (First of all, I would have already planned on what Country to run to.) "The Speech" would have lasted two days along with mixed punishments like:

Cleaning and responding immediately when called by the name, DM. (Destructive Mind) Sadly, God loves me like that. Huh? ;(

(Adapted from a part of my Sad, Hormone-filled, Roller coaster life.)