Commaful
They grew up in the same Town (Part 1) 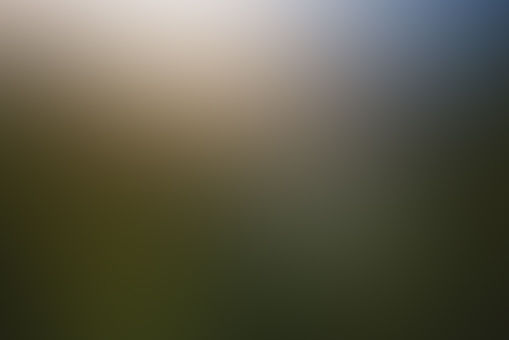 pseudonymalias I'm a boring writer, but that's ok.
Autoplay OFF   •   4 months ago
Transcript Use Images
A conventional fiction written by a 15 year old Pseudonym, after having read Jane Eyre.
Incomplete, but good memories nonetheless.
feelings fictionfeelingsnoviceincomplete

They grew up in the same Town (Part 1)

The surprised girl quickly and carefully inspected the boy. He was as tall as she was so they were probably of the same age, around seven years old.

He was blond, had greenish-brown eyes, and was flagrantly scrawny. He wore a light blue long-sleeved shirt and beige shorts. His clothes looked old and tattered, with unevenly faded coloration.

She decided that she could probably get away from him. She quickly turned and tried to dart away, but the boy snapped up and jumped at her, catching her by the heel.

The bell flew out of her hand and landed on the grass, as she fell face first on the ground.

As she lay flat on the ground, holding in angry tears, the boy behind her got up on his knees and began to interrogate her."Who are you, why are you trying to steal my bell!?" He asked.

She sprang up on her feet, her eyes welling up with tears as she jumped on the scrawny boy and began beating him repeatedly with her tiny fists.

The boy covered his head with both his arms, both of the children screaming furiously.

The moment the girl began to falter in her assault, the boy knocked her on her back with a headbutt to her chin as he sprung on to his feet.

He jumped on the girl and raised his fist while holding her down with his other hand. The girl then put her hands up and exclaimed, "STOP!"

Surprised, the boy froze with his fist still up in the air. He then took his first real look at the girl. She had short dark brown hair, large black eyes, and a tanned complexion.

She wore yellow shorts and a red shirt. Despite her prominently androgynous mein, there was something exuberantly female about her.

"Boys are not supposed to hit girls," she said with a raspy voice.

Her face was turned away from the boy. She still had her arms up as if expecting a barrage of fists from him. Her eyes were shut tightly.

Seeing this the Scrawny boy let out a sigh, got off the girl, and walked past her to pick up the bell that had fallen on the grass when he first got a hold of her.

The girl remained immobile, then slowly dropped her guard as she opened her eyes. She turned around and saw the scrawny boy walking back toward her.

Carrying an angry expression and a cut on his lip, the boy approached the girl. To her, time seemed to have slowed as the boy arrived.

He made a sudden movement with his hand causing the girl to flinch, again shutting her eyes tight and throwing her arms up. "Here," said the boy as he tried to calm his voice.

The girl slowly opened her eyes and saw the boy's outstretched hand in front of her. "Get up," he said to her.

She looked at the boy's face. He no longer appeared to be angry, at worst, he looked annoyed.

After wiping the moisture from the tears around her eyes and the snot coming from her nose, she carefully put her clammy hand on his.

He gripped her hand tightly and tried pulling her up on her feet. he managed to get her partially off the ground, but he did not have the strength to pull her up completely.

Instead, she again fell on her back, pulling him down on top of her. She was not expecting to be pulled up. The two were slightly startled by the fall.

The boy got up, sighed, and again offered the girl his hand. She looked at his face, he looked a bit frustrated and perhaps embarrassed. She took his hand and with his help, she got on her feet.

Without letting go of his hand, she looked around and saw the silver bell in the boy's other hand. "That's mine," she said pointing at it, "I found it first."

"Then you're stupid," she said while pouting, "finders keepers."

"Then prove it," she said as she threw his hand aside.

The boy let out a sigh and looked at the little girl. He then put his hand on his chin and hummed as he got lost in thought.

The girl looked at him angrily, "Oh yeah, how are you going to that?" she asked.

The boy handed the bell to the girl and told her to look inside. "I'm Brennan," he said.

Inside the bell, the scrawny boy's name was beautifully engraved into the silver metal in fancy cursive. Above his name, the word Summer was carved in a similar style.

The girl inspected the inscription, then turned to the boy and said, "Why does that matter?"

Brennan was confused. He raised an eyebrow and said, "Um, my name is on the bell. That means it's mine. I am Brennan"

The girl looked at the boy, still pouting. "That's not how you write Brennan," she argued, "Brennan has a B in it, There is no B on the bell."

"It's in cursive," he explained. "you don't even know how to read and you call me stupid," he continued as he rolled his eyes.

The girl let out an angry growl. "I DO know how to read," she said and then mumbled, "just not cursive."

The girl handed the bell back to the boy, he took it in his hand and inspected it thoroughly. He then looked at the girl as he put his hand down beside him.

Before the girl could answer a woman's voice from across the park cried out, "Dahlia!"

The two turned their gaze toward the direction from which the voice came from.

They saw a young-looking woman running in their direction, she had long brown hair, and a tan complexion much like the little girl. At her sight, the children froze and became quiet.

The two stood quietly as they watched the woman approach. When she arrived where they were at, she put her hands on her knees in an attempt to catch her breath.

After a couple of seconds she put her hands on the girl's shoulders.

"Dahlia, where were you? I told you to be home an hour ago!" she exclaimed.

Flustered, the girl began explaining, "mommy, I was going home the same as everyone else, but then I saw that boy's bell on the ground, but I didn't know what it was,

so I ran across the park to see what it was and..."

While Dahlia prattled on, her mother was inspecting her.

"Dahlia!" She exclaimed, "did you start a fight again!? I keep telling you not to get in trouble! You're a girl, Dahlia! Why do you start trouble every time you come out to play!?"

As Dahlia was scolded, Brennan stood still staring longingly at the mother and daughter. The woman turned her attention to the scrawny boy as she was done scolding her daughter.

She moved swiftly toward the boy, and gently put her hands on him. He shuddered.

"Are you okay?" she asked as she gently took his chin to turn his face from side to side as she gauged the damage on it.

She saw that his lip was still bleeding and he his eye was slightly bruised. The woman then took his hands and meticulously inspected them for injury.

She rolled up his sleeves and found his arms covered in large, old bruises and lesions. Her heart sank as she let out a gasp at the sight of his injuries.

She immediately shifted her attention once again to the strange child's face. He looked uneasy and was avoiding her gaze.

His arms became stiff at his sides as he tried to fight back the urge of fidgeting nervously. Dahlia stared at her mother, whose worried expression had changed to a solemn but gentle smile.

"I'm sorry mommy," she said in an apologetic voice.

The woman gently brushed Brennan's hair with her hand before getting up and patting Dahlia on her head. The boy watched her without saying a word.

As he watched, the woman took her daughter's hand, then turned to face him once again.

"Sweetie, are your parents close by?" she asked him.

Still, without saying anything, the boy looked at the ground and shook his head.

"Why don't we go over to auntie's house so we can put some ice on your eye, get you some food, and get you cleaned up before calling your mommy to pick you up."

The woman took his hand with her free hand and began walking towards her home.

On the way there, the bell in the boy's hand chimed soothingly, serenading their march back to the quaint abode of Dahlia's family.