Commaful
They grew up in the same Town (Part 4) 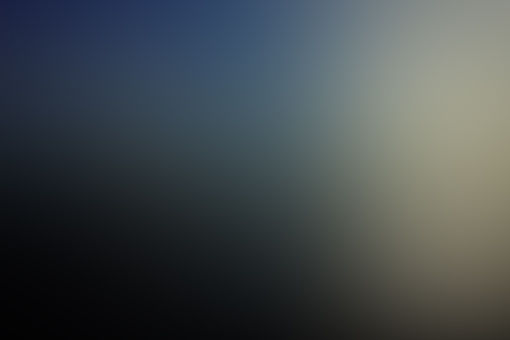 pseudonymalias I'm a boring writer, but that's ok.
Autoplay OFF   •   3 months ago
Transcript Use Images
Part 4 of an old writing exercise.
feelings fictionfeelingsnovice

They grew up in the same Town (Part 4)

As Brennan made his way home, he walked down one of the older neighborhood streets. The dim, yellow street lights were flickering like a candle as its wick drowns in its molten wax.

The night was warm and this made it hard for him to breathe. He continued walking down the old, dark road until he arrived before a dilapidated house.

He turned his body in its direction, then looked dreadfully at the building. He took a deep breath and forced all expression off his visage.

He walked calmly towards the door and slowly opened it. The rust on the hinges caused the door to creak loudly.

The streetlight crept in through the door, casting Brennan's shadow upon the rotting wooden tiles that only sporadically the floor.

The boy flipped the light switch, but the ceiling fan only had one working bulb. Cigarette butts littered the floor. The air in the house remained stiff.

A familiar scent filled the room; it was the amalgamation of the fragrance of liquor and tobacco, mingling with the overwhelming stench of cheap cologne and air fresheners.

A loud moan of anguish propagated throughout the house from the closed room by the old stairway. Brennan let out a sigh.

He made his way to the kitchen and hung his shirt and backpack on one of the white plastic garden chairs surrounding a plastic table.

He cleared the table of the old to-go boxes and bottles of liquor that covered its surface. He swiftly prepared the stovetop by removing obstructions and wiping off old sauce and oil stains.

He headed toward the fridge and retrieved some fresh meat and produce which he had purchased the night before.

Finally, he acquired the remaining ingredients he needed from the pantry and began preparing a meal.

Once he had finished cooking, he set two plates of food across one another on the kitchen table. It hadn't taken him long to prepare dinner. He let out a sigh and headed toward the living room.

He then approached the door by the stairs leading to the second story and gave it a loud knock. Again a loud agonizing moan was heard.

Without making any more attempts at contacting the person on the other side of the door, Brennan returned to the dinner table.

He covered one of the plates with another plate, then sat down and ate the meal he had prepared minutes earlier.

Once he finished, he washed the dishes and utensils that he had used as well as the other filthy kitchen wares the littered the room, all of which seemed to have been left unwashed for days.

The kitchen light flickered. Brennan decided that the time was ripe to call it a day.

Once finished, he took his backpack and shirt off the garden chair and retired to his room on the second story. Much like the rusty door hinges, the steps in the stairs creaked loudly.

Each step flexed visibly under the boy's feet. He entered his room and set his bag and shirt on the bed.

Without taking his eyes off the shirt he had earlier removed to avoid staining it he thought to himself, "I guess today wasn't all that bad.

" He placed his hand on his still numb cheek and smiled to himself, breaking the stoic expression he had been carrying.

Having thrown himself onto the bed he began falling asleep. He did not know how long he dozed off for when he snapped back into consciousness due to a loud crash coming from below.

He quickly threw a shirt on and went downstairs with a sigh.

"Hey Dad," he said from the bottom of the stairway as he gazed at his father, who was sitting at the kitchen table with a broken plate and spilled food by one of its legs.

His father began mumbling incomprehensibly before finally being able to form coherent sentences, all while bursting into a sudden rage.

"Where were you!?" he loudly inquired, "where did you go?! Why did you stay out so late?!"

As the unstable man ejaculated his line of inquiry, Brennan looked at the clock. It was just a minute or so past midnight.

His thoughts began to wander as he waited for his parent to finish berating him. Seeing that his son was no longer listening to him, the irate Mr.

Feuer took the half-empty bottle of spirits on the table and thrust it into his child's abdomen. The tall boy curled in pain.

Instantly, the father swung his free fist down on the head of the agonizing child. Brennan began to falter but he caught himself mid-fall.

He stumbled so that his knees were under him, this allowed him to straighten himself up. The rampaging drunk reeked of alcohol. He was heaving heavily after having stricken his son.

Brennan just forced himself to smile at his father, who then resumed his inquiry in a comparatively more calm fashion.

"Do you have any idea how long I waited for you to come home?

!" he was screaming as loud as he could, "the dinner your mother made is cold already, haven't I taught you that we have to eat as a family!?"

"Father," Brennan said calmly, "Mother is dead, she has been dead for 10 years."

A sudden clarity came over Mr. Feuer. His face broke into a twisted smile which quickly faded into despair.

Brennan returned his father's embrace out of pity. He did not know if he really thought of this mess of a human being as his father, but he was convinced that he could not be left alone.

Again something suddenly snapped within Mr. Feuer. The man forcefully pushed his son away from him and stared him in the eyes.

The veins on his neck became visible, his bloodshot eyes were wide open. Again his expression turned irate and he resumed his screaming as he violently shook the young boy in his hands.

He shoved his son into the living room, who fell onto the floor from exhaustion, then sat back down on the kitchen table, growling like a rabid animal.

He soon quieted down, but the air surrounding him remained the same. He then moved toward the fridge and picked up another half-empty bottle of liquor.

Brennan gathered some strength and picked himself off the ground, and said, "Good night father."

As Brennan began heading toward the stairs, a knock was heard at the door. Brennan froze on the spot. Mr. Feuer stiffened as well.

A voice was heard following the knock saying, "Brennan, please open the door, this is Mr. Hua!"

Mr. Feuer began to tremble. The knocking on the door continued. Losing his composure, yet again, Mr. Feuer hurled the bottle in his hand across the kitchen and the living room.

It flew through the air and struck the wall by the entryway. The wall dented and the bottle shattered with a loud crash. Mr.

Feuer put his hands over his ears, tightly squeezing his head between his hands. He started screaming and shrieking. Hearing the commotion from inside the house, Mr.

Hua's complexion turned deathly pale. He took a step back and charged at the door, knocking it out of its frame. Inside, he saw the sorry state of the building.

He saw Brennan's astonished expression, as he stared back at him. Mr. Hua then turned toward the child's father. The two looked at each other, both of them were filled with fear.

Before Brennan could answer, Mr. Feuer leaped across the room and took a hold of Mr. Hua's arm, grasping it with all his might.

The boy's father once again carried the expression of a shattered man. As he pleaded with Mr. Hua, he shook his captive's arm violently. Sorrow gushed violently from his grimace.

Mr. Hua was consumed by rage, left incredulous by the words that Mr. Feuer's mouth had ejaculated. Unable to contain his wrath, Mr. Hua slugged the rambling man's face. Mr.

Feuer flew back a foot and fell onto the ground. A warm stream of blood ran from his nose. He froze momentarily before a blind rage swept over him. He let out a cry as if he were possessed.

He tightly clenched a portion of the shattered bottle that was on the ground, allowed it to sink into the meat of his palms, and charged at Mr. Hua. Mr.

Hua caught him by the wrist and attempted to twist the shard out of his attacker's hand. However, the madman was far too strong. His strength resembled that of a rampant beast.

The two struggled in the doorway for only a couple of seconds when another liquor bottle came down and shattered on Mr. Feuer's head from behind. The madman fell to the ground. He was out cold.

Blood began pouring out from a large gash in the back of his head and began to pool on the floor beside him. The shouting and noise from the scuffle had alerted the neighbors.

The sound of sirens got louder and louder. Mr. Hua looked at Brennan, then at the broken bottle in the young boy's hand.

The boy fell to his knees as tears of utter shock and confusion began pouring down his face, his complexion broke, becoming like that of his father's. Mr.

Hua pulled Brennan onto his feet and held him in a tight embrace as the police cars stopped in front of the house.

"Everything's going to be alright," he said, "You have not done anything wrong, Brennan. I'll talk to them and explain everything. Don't worry son, I'm bringing you home."

Brennan's shattered visage remained unchanged, tears continued to pour from his eyes. He thought nothing, understood nothing, and knew nothing.

He heard the sirens and voices of the police officers, but could not make out what they were saying. Only Mr. Hua's words echoed in his head. Then, his consciousness faded and he fell limp.