Commaful
They grew up in the same Town (Part 2) 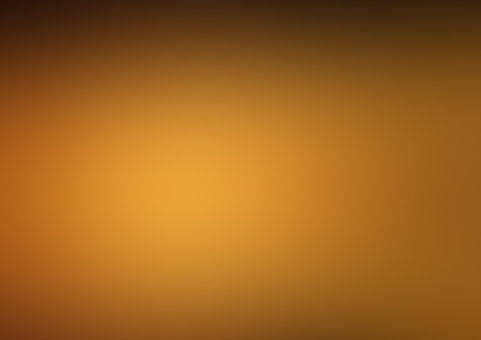 They grew up in the same Town (Part 2)

Dahlia and her parents lived in a two-story house which was not too different from most of the houses in the neighborhood.

The neighborhood itself was rather odd as it appeared to be a collage of old and new suburban homes.

While most of the older houses in the neighborhood were scheduled to be taken down within the following year, many old homes and rundown houses had been grandfathered in.

After having both taken baths, Brennan and Dahlia were sitting on the large couch in the living room. Brennan sat properly, back straight, knees only two inches apart.

He kept his hands on his knees in lightly curled fists, his legs dangling from the couch as he tapped his toes together nervously.

Brennan began glancing around the room with his eyes while Dahlia's mother called Brennan's family from the room next door.

He could feel Dahlia staring holes into the side of his head as he intermittently turned his head to direct his gaze in her direction.

The boy observed the girl who was sitting next to him, she was sitting with her legs wide apart and her feet together in front of her.

She rested her elbows on her knees allowing her hands to hang freely. Her back hunched over as her head hung low.

She continued staring at Brennan with a grimace on her face, unmoved and unsympathetic of the nervous boy's periodic glances.

The TV droned on in the background until night had finally begun to fall when Dahlia's father burst through the door as he announced his arrival.

"Hello dear," she replied as she hung up the phone, "come here for a second, I need to talk to you."

As her husband walked toward her, he passed by the living room and saw the two children sitting quietly in the room. Concerned to see the boy in his house, he froze in place.

Standing in the doorway between the living room and the kitchen, the man stared momentarily at the children.

"Hey, princess," he said hesitantly, "who's your new friend?"

The children now turned their gaze toward Dahlia's father. He was a tall Asiatic man with fair skin and short, black hair.

From his attire, one could tell that he worked an office job in the city.

"Hi, Papa!" Dahlia broke the silence as she propelled herself off the couch by swinging her legs into the air and pushing off with her hands.

Her grimace had changed to a mischievous smile. Her father noticed the bandage on her chin and patches on her knees.

Dahlia had quickly put her hands behind her back in an attempt to hide the lesions on her knuckles from her father. He quickly took note of all of this, then redirected his gaze toward Brennan.

He saw the black eye, and some inflammation surrounding the area where the boy had cut his lip.

He let out a sigh of relief, for which he immediately felt some guilt for having let out, before he straightened up and asked the boy, "Hey there buddy, what is your name?"

Brennan continued to stare at the man. The scrawny boy was showing signs of discomfort, if not fear. He tried to answer the man, but the words wouldn't come out.

Dahlia perceived his discomfort and quickly answered in his stead in an attempt to dispel the tensing atmosphere.

"His name's Brennan," she said haughtily, "I kicked his butt at the park"

The girl's father raised his eyebrows and gave a slight nod. "Ah, so I see." he said with a humored tone, "You alright there buddy?"

Brennan remained shy. He stayed on the couch with his now tightly clenched fists atop his knees. The bell was clenched tightly in one of his hands.

her temper and roughed them up, and how she always got medals or prizes for participating in all manner of juvenile athletic events.

As he prattled on, Dahlia would occasionally interject a "yup" or a "that's right" or some other proud and approving noise or gesture.

Suddenly, the girl's mother appeared in the doorway, joining her husband.

She slaps his butt with her slipper and scolds him angrily, "Sheesh honey, could you not encourage her brash behavior!? She's a girl for goodness sake!"

The man, startled by the impact, jolted in his place. He placed his hand on the spot in which he still felt a slight stinging sensation.

He then looked at his wife with a submissive smile before turning to his daughter and saying, "No more TV for you tonight, young miss.

Dahlia directed her pouting visage to her mother, who then loudly exhaled, smiled, and announced, "Come on guys, dinner's ready."

As she walked into the living room and headed toward the kitchen, the woman turned toward the scrawny boy with a smile exuding motherly warmth.

Her hand landed gently on his shoulder, as a butterfly lands on a flower. She knelt slightly so that their eyes met, then gestured him to join the rest of her family at the dinner table.

Dahlia appeared from behind her mother, now with a bright, playful smile, and with both hands took a hold of the boy's wrist. She hurriedly tugged at his arm while saying, "Come on, let's eat!"

This shift in attitude left him in utter confusion. He did not know that this child had the capacity to be friendly.

His chest tightened, his eyes became teary, and he felt chills in his stomach. He did not understand why he felt the way he did, but he was not scared anymore.

A sudden feeling of relief took hold of him. He looked up that the mother and daughter, who were smiling at him, and returned a teary-eyed smile.

He quickly wiped off the moisture surrounding his eyes, before springing off the couch, and joining the small family at the dinner table.

The fragrance of the food and exotic spices permeated the air. The warmth embraced the people at the table.

Dahlia and her father took turns amusing the others by telling stories of what they had seen, done, and thought of throughout the day.

For the first time since they met, Brennan laughed in the presence of the happy little family. Soon he too joined in the anecdotal exchange.

Giggling and laughter filled the kitchen and living room as the first stars began to reveal themselves in the evening sky.

Brennan looked longingly at the bell, which he had placed in front of him upon the table. For some reason, it appeared to him as if it was emanating a warm glow.

The boy took a deep breath with great satisfaction. He wished that time would stop to remain in this moment for as long as possible

As dinner came to an end, the house finally quieted down. Dahlia's father retired upstairs to prepare for a good night's rest.

Dahlia's mother was doing the dishes with the help of the two children. While the three engaged in small talk, the doorbell suddenly rang.

The three laborers quieted down and stared at the entryway. A tension brewed in the atmosphere. Again the doorbell rang, this time sending unpleasant chills down Brennan's spine.

Dahlia's mother set the plates she was working on back in the kitchen sink, wiped her hands on her apron, and headed toward the front door.

As she opened the door a man's voice could be heard from the doorway.

"Good evening," replied the woman, "this is indeed the Hua residence."

She scrutinized the man. He looked alarmingly young. His clothes and brown hair seemed dirty and disheveled.

He had deep green eyes and reeked of cheap cologne; his face was gentle but melancholic.

"Is Brennan here?" he inquired politely.

"Mr. Feuer?" replied Mrs. Hua, "yes Brennan is inside, we have been waiting for you to come to pick him up."

Back in the kitchen, Brennan had once again stiffened as he stared ahead with a blank expression. Dahlia could perceive the unease which slowly crept onto the scrawny boy's demeanor.

She gently took his cold hand and said to him, "Hey, your dad is here to pick you up."

Without saying a word, Brennan snapped out of his trance and gently removed Dahlia's hand from his. She gave him a concerned look, to which he returned a forced smile.

"Brennan!" called Mrs. Hua from the doorway, "your father's here for you."

Brennan himself straightened up, approached the table, took the bell into his hand, then began his seemingly endless trek towards the doorway.

As he turned his face away from the girl's his facade faded into an expressionless visage. He marched up to the adults, who were watching his every move.

He then threw his arms around his father's waist without changing the look on his face. Mr. Feuer gently placed his hands on his son and pushed him away, breaking the embrace.

The father looked into his son's eyes with his still melancholic smile. His child returned this gesture with a gentle smile, tinged with pity.

He then took his father's hand and turned around to stand at his side. The two looked at Mrs. Hua, and bowed as they said, "thank you for the hospitality."

As the father and child marched down the dark neighborhood, the woman continued to look upon them until she could no longer see them through the darkness of the night.

Despite the overwhelming warmth of the humid, stagnant summer night, Mrs. Hua's throat became dry and her chest tightened.

She could not shake off the residual uneasiness of the interaction between the father and his son.

This was how Brennan and Dahlia first met.