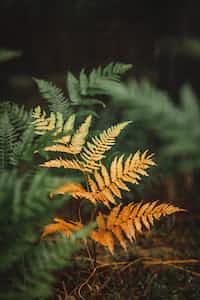 Today's my first day at college. My college is pretty far away from my hometown. I live in a hostel, along with my roommate, Riya. She's a nice girl, as far as I know.

But I wish she talked to me or at least contemplated my existence in the room. She always ignored me, no matter how much I try to initiate a conversation. And now, I give up.

Why should I beg for someone to talk to me? Now it's my ego that is getting hurt.

I did make some friends in college, some from my batch and few seniors. But none of them seems to actually think of me as their friend. Maybe it'll take time to find a true companion here.

And what's the hurry? I'll be staying in the same college, same city for the next three years at least.

After a whole week's hustle-bustle and classes, finally I got a leave. It's weekend and I decided to take a stroll in the nearby park.

I walked past the bushes, on the brick road alongside the park, observing the kids playing cricket, a group of ladies stretching their legs on grass and few guys hooting and chasing girls.

We all find such people around us; it was no surprise for me. But I did see something else in that park, or rather someone. There was an old man, sitting on a cement bench.

His presence drew me towards him, as if he were a magnet. I went a little close to him, tried to see his face under his old, worn out cap.

The moment I stood close by, he raised his face and looked at me.

What a serene face he had! His eyes were pale blue, dark sunken with lots of wrinkles on his white lifeless face. He looked really handsome, not to confuse with a different kind of handsome.

He looked so calm and composed, especially his smile. His lips were chapped, dry and pale pink in colour. He smiled so nicely, as if he was seeing his granddaughter in me.

Without any second thoughts, I sat near him, feeling the cold bench underneath. After 30 minutes or so, we both stood up and parted ways.

These 30 minutes were something new for me, we didn't speak at all. We just enjoyed the company of each other. It felt like silence said everything between us.

From that day onwards, no matter how tight my schedule was, I took some time and went to the park.

It became a ritual, sitting there on the same cement bench, enjoying the sounds of nature, shouts of children playing nearby and the whistles of guys chasing girls.

After a few days, we finally spoke to each other. It was me, who started the conversation since I couldn't wait anymore and wanted to hear his voice.

We talked for a complete one hour. Talked about various topics and discussed different issues in society and our lives. I told him about my longing to learn photography.

Right from my 7th grade, I had this old school camera and I used to click so many pictures. He suddenly asked me a question.

"Do you want to learn photography?" I was taken aback with this question.

How could I afford a personal teacher? What will I tell my parents while asking for more money?

I hesitated before answering to his question and I guess he understood my condition just by looking at my face. He said nothing, asked me nothing.

Just stood up, patted my head gently and started walking away.

I feared whether I hurt his feelings by not answering to his question. But the deed was done now. There was nothing I could do.

I eagerly waited for next day, to meet him again and talk to him about the same.

Next day, as usual, he was sitting on the bench. But this day, he had a small bag in his lap. I walked up to him and sat close by.

I observed the bag but couldn't bring myself to ask him what was there inside it. He slowly opened the bag and took out a camera, and not just any camera but a DSLR professional camera.

I was awestruck just by looking at it. Its shiny appearance was really attractive and appealing to me. He raised his hands and started taking pictures of a dog lying in the grass.

Then after, he started taking pictures of the people around us. After a clicking session of 15 minutes or so, he looked at me and started explaining the basics of camera.

At first, I was confused and wondered why he's telling me all that. But later on, I realized what he was trying to do.

He was teaching me photography!