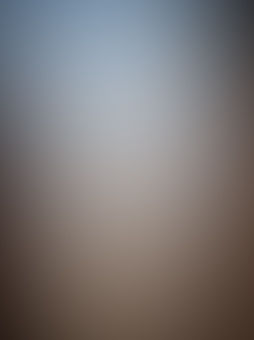 CLOAKED ELF dressed in crimson dashes past, panting. He is wearing satchel.

You have no idea how powerful those are!

Identical noise is heard, accompanied by a flash. Elf falls from sky and sits up groaning. Hood has fallen back revealing an unmarred head fit with strewn blond-hair.

Elf looks in paper filled bag with a sigh of relief and a grin.

Nearby people watch him as he gets up and walks toward nearest building. (pub)

Entering, the elf STRUTS over to the counter.

Which region of Japan did is this?

Corsica... Of the French server.

Who is in charge here?

The barista raises an eyebrow.

Allow me to introduce myself. I am Yuuma of the Japan server. I've been transported by fairy ring to this place and need to find a way back. Now could you lead me to the leader?

You'll find them in the establishment next to the guild building. The one decorated with two huge banners.

Practically drove the city bankrupt just paying for that place...

Yuuma nods with a smile and leaves.

They're doing good to have shops and a leader. I half excepted them to tell me that there was no leader. Maybe they will have the supplies to get me home.

Yuuma enters the leaders' building and wanders through a hall with various paintings and weapons, marveling.

Glancing around, he quickly walks over to a high-level dagger being displayed and slipped it into his satchel.

He reaches the end of the hall. Arguing voices can be heard coming from behind the door.

Leave! We are busy discussing important matter regarding the wellbeing of this city!

Yuuma moves to knock again but stops. He takes out a bottle of blue liquid and pops the top off, tossing it behind him.

Gulping it down, his ears become an iconic cone shape and the voices become LOUDER and understandable.

-because we cleared their forest of those goblins. They could pay us back by giving us the materials.

We'll have to discuss it later, our pesky security escort is due to arrive and minute now.

Yuuma slowly turns around and sees a guard with long blue hair wearing a traditional French royal guard's uniform. He looks down, and a sword comes into view, pointed directly at him.

Yuuma groans. Then the guard grabs him and pulls him toward the exit.

Wait! You need to let me talk to them! I need their help getting home!

Yes! I need to get back to the Japan server. I have stuff I'll trade for transportation! A contract!Made by a master scribe!

Guard's eyebrows perk up. Yuuma cringes knowing he has said too much.

A master scribe, you say? You don't seem like the person who could afford those sorts of commodities. Just how did you get your hands on them?

You realize goods can still be identified as stolen weeks after the deed, right? What were you thinking trying to trade them to such high figures?

Suddenly, smoke explodes from everywhere. Yuuma BOLTS for the exit and out under the cover. The guard chases behind.

The chase proceeds through the city.

Smoke Blast- an ability assassins have the option of unlocking early on. Not many people do as it is rarely effective, but sometimes it gives you the edge you need.

Yuuma reaches the end of a street and is cornered. He jumps and climbs the window ledges to the roof. When he flips onto the roof, his satchel snags and is ripped off his shoulder.

It falls down to the street, where the guard picks it up.

Idiot... if you had tried listening to me, I was going to say I would help you.

The guard hold the satchel out. Yuuma jumps down and SNATCHES it.

The guard narrows her eyes and starts repeatedly whacking Yuuma on the head.

The guard stops and smiles.

So my name is Maelys.

Well, this way. We can sell the contract to an outlaw I know and you can buy a ride home.

Yuuma and Maelys walk through the city.

So why did you decide to help me? You already have a legal source of income.

For now anyways. I was only hired because of a deal we earlier. Since then, they have found cheaper, better candidates for the job. In two weeks, they are no longer obligated to pay me.

This would benefit me too.

I hope you aren't expecting much of the profit from this.

A behemoth of an adventurer paces around growling. Wears a blue bandana around his left arm. Werecat enters the room.

Five more members have left us Valentin. With no money to pay them, they have no reason to stay.

Find some money! I don't care where you get it from!

He grabs a chair and crushes it.

The two arrive at a building. Yuuma beckons Maelys to enter first.

There is a bookshelf and a table with some chairs. Maelys walks over to the bookshelf, raps on it twice, then pushes it to the side, revealing a tunnel leading down.

You'd be surprised how aesthetically pleasing this place is for a glorified hole in the ground.

You've been here before?

Maelys winks and STRIDES further in.

When the tunnel begins getting deeper, there are stairs and dark woods walls. The place is dimly lit. Once they get to the end of the tunnel, Maelys speaks.

Maelys walks to a room with a TATTERED curtain serving as a door.

Valentin, I have come with a business proposal.

Come, but you're going to have to stand.

I trust you've heard of the power of contracts made by master scribes? Well, I happen to have gotten my hands on one.

You could modify it to suit you with a lower level scribe and it would still retain most of it power. Very valuable.

She calls for Yuuma, who comes carrying his satchel in his arms protectively. Valentin inspects them and his eye widen.

Maelys looks toward Yuuma for confirmation and he nods.

Alright then, give me it and the money will be waiting for you at the usual drop site.

You realize he's going to scam us, right?

He can't. He has a reputation. No one from here to the American servers would do business with him if he did that. He would have to be really desperate.

Yuuma narrows his eyes but hands the satchel over, officially transferring ownership. Valentin smiles and snaps his fingers.

Yuuma grimaces and looks down at a blade buried there by a werecat who had snuck in behind them. Vile green liquid visible on the blade is seen moving into the cut.

Maelys kills werecat from behind and place a hand on the blade.

Green liquid pulls out and back onto the blade.

Valentin swings sword at Yuuma. Sword passes through him and he becomes semitransparent until swing has ended.

Yuuma and Maelys battle and defeat Valentin, ending with his body evaporating. Yuuma hangs the werecat's blade on his crimson belt.

High level, it's very valuable. What ability was that, withdrawing the poison? I didn't know that was a thing.

I'm not surprised. It's an exorcist ability and exorcists are a class only available on Western Europe servers. Your turn to explain your ability now.

When you left me, I signed the contract. This made it worthless, but what it said is put into action if signed by an adventurer.

It said that when signed, adventurers will be given power to thrive when they need it. I suppose that came in the form of an oral art.

So you were hoping Valentin would somehow not notice the contracts are all signed? How were you planning on getting out of this?

Are you kidding!? One look at that guy told me everything I needed to know about where this deal was going to go. I don't know how you couldn't.

He had always been reliable.

We just lost everything that had me working with you. There is no reason for me to not turn you in for at least a little bonus. It may convince them to keep me working little longer.

Footsteps are heard moving away.

An escort of adventurers in guard uniforms are taking Valentin to the city limits. Maelys walks in front smiling. New badges can be seen pinned to her uniform.

Camera zooms out to encompass Yuuma crouched on top of a building watching. Blade is missing from his belt. He acrobats down and takes out a horse-summoning flute. Yuuma mounts and rides off.