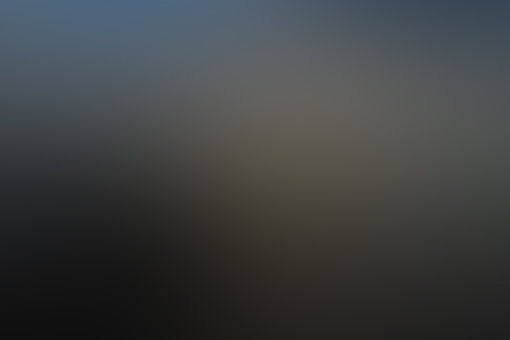 No, this isn't a poem. But, you clicked on it, so here we go. I'm here to tell you a story. It's just a simple tale. Or not so simple. I'm going to tell you what happened.

When I was twelve years old, we moved from where I loved to a new place. I couldn't bring my friends with me. That's not how life works.

I left my best friend in the entire world behind. That was pretty tough. But, I took it. I lived in a new place and I had no friends. After a while, I made a few connections.

And then, seventh grade happened. A guy hated me. That had never happened before. He openly stated that he hated me, it didn't get much better.

I was kinda rude, but when I realized that I had done something wrong, I tried to stop. All I wanted was a friend.

He did silly things. Like saying "Aw crap." When I sat down with my friends at the same table as him. I soon developed depression. My head was filled with dark thoughts.

I wrote them down on paper once. Every so often, the image of a bloody knife would appear in my head. I didn't even know people killed thmselves back then.

But, I couldn't stop thinking of poisionning myself. Seventh grade was crazy.

In eighth grade, nothing really happened. That was actually a pretty happy year. I smiled, I didn't think of knives. It was pure bliss and it held on for a while.

My friends, the sheltered people they were, didn't understand. They actually don't understand today, but they're no longer my friends.

A guy decided he had a crush on me. Don't worry, this is an important plot point. He told me my friends that he liked me. They told me, of course, but I told him I would believe him.

I knew how crazy people could be. Him and I were friends for a while. He was nice to me. So, so nice. And then...

He told someone that I was some crazy girl who followed him around. It hurt. A lot. I don't believe I have any friends and that's one of the reasons why.

I leaned on people a lot. And then, my two best friends broke up. I found out that my guy best friend wasn't my best friend. He avoided me. Of course, he denied everything I thought to be true.

Guess what? It was all true. He soon dumped me as a friend. After being his friend for a while, I freaked and told him I didn't want to be friends anymore. He got defensive.

He used the story of the guy who talked about me as proof that he wasn't a bad guy. Bad move.

My other best friend, well, she was great. She was there for me. She talked to me. She was one of the people I could count on. And then, suddenly, I couldn't count on her.

She told me that she didn't like me anymore. I soon found out that she had hated me for six months and didn't tell me.

Before that happened, I had shyly texted a guy I knew. I didn't think he wanted to talk to me, but I talked anyway. In the end, he's actually my friend.

He's told me not to die, which really helped.

I have another guy friend who wants to be near me for some reason. He's an amazing guy. And he's really nice to me. Before you assume anything, he's gay.

He's the kindest guy ever and I am so very thankful for him. He's saved me too.

But, I can't help but think that all good things come to an end. Our friendships may soon deminish, leaving me alone. I'm already alone. I don't have anybody.

Those two just probably don't want to be responsible for a suicide or something. Right?

I am alone. So alone.

I once told someone "it's hard to believe in yourself when nobody else does."

Because it's so true. So true.

I keep wanting to die bcause it feels like everyone else wants me to die.

There are so many people in these poems that I write. A couple are stated here. I write about them because they all affect my depression. Negatively or positively.

There was another guy. He was so nice. He's nice to everyone. And he's a good person. But, he made a mistake. He told me that we couldn't be friends if I didn't believe that he didn't hate me.

He was tryingg to help, but he almost proved my point. At least to me. He liked another girl more, the girl who hates me. So, she won, I guess.

People never understood why I was so dramatic. I guess this is why.

People need to stop being assholes. That's the truth of it. Guys think with the wrong brains, girl are crazy. I'm here, being insane with everyone judging me.

People please, be nice to those around you. Some things that don't make sense are just cries for help. People aren't dedpressed for attention.

If they are, so what? What? We should let them die because they want people to not push them around? What?

Warnig signs and cries for help are real.

This is all real.

My story is real.

You can't say no or try to say I'm wrong, but I am so right.

You can scoff at me.

I just want to die.

So stop being mean because this is what happens with any act of rudeness.

Sometimes, it doesn't. But, sometimes it hits them eactly right there and makes them think the way I do.

So, it's not worth someone's life to be an asshole.

Welcome to my story.