Commaful
It Was All Worth It 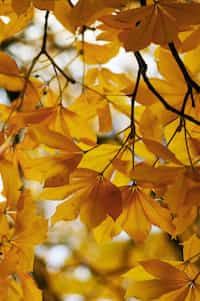 pleaseelaborate America's favorite fighting Frenchman
Autoplay OFF   •   5 months ago
Transcript Use Images
Nico Di Angelo's heart has aged 70 years from his time in the Lotus Casino. When Thanatos comes to reap his soul, Will doesn't know if he can keep living without his love. Unable are the loved to die, for love is immortality -Emily Dickinson. This is a sadfic, so you've been warned.
fanfiction sadnessdeathlgbtqgaywill solacenico di angelosolangeloheart breakheartbreakpoetry death fanfictionheartbreak poems

It Was All Worth It

Time is precious As is breath

Time is precious As is breath Why do you waste it?

Nico sighed as he told Will the fateful new that Apollo himself delivered. Will knew, he knew that when Nico had sighed, Nico would be parting with one of his maddeningly few breaths, one of his last anchors to life. He wished that he could put it back into Nico's dying body, that he could breathe more life into him. But he was a doctor, and his stupid medic's brain told him it was not possible.

Will tried to make the most of their quickly departing time together. He took him to the lake, he even snuck him out of camp for a few hours to visit his sister at Camp Jupiter. But it wasn't enough. It never was.

In every step, there is a loss.

In every step, there is a loss. The beauty of living,

In every step, there is a loss. The beauty of living, The venom of the past,

In every step, there is a loss. The beauty of living, The venom of the past, Are insignificant to the now.

Will felt a part of him die inside when he left Nico, even if only for a fraction of a moment. The 2 months they had together were leaving them far too quickly. Quicker than normal, quicker than before.

Nico had never admired the way the raindrops glistened on the grass, or the beautifully crude red paint on the Ares cabin. But most importantly, the exact feeling that made Will Solace so perfect. He had never noticed, never reveled in how good it felt to feel his own chest rising and falling. Soon he would feel nothing. But he was ready to feel nothing.

Will hated the past. He hated the fact that Nico's heart had aged 70 years, even though it didn't seem it. He hated the Lotus Casino, he hated Hades for putting him there, he hated the earth for circling the sun. But he knew he couldn't change anything.

His Nico, his beautiful Nico, was dying. And nobody could do anything about it. The one patient Will Solace couldn't save.

One day It'll all be gone.

One day It'll all be gone. Eyes closed,

One day It'll all be gone. Eyes closed, Hearts at rest.

One day It'll all be gone. Eyes closed, Hearts at rest. All is well then.

Nico knew that his hourglass was quickly running out. But he felt thankful. Realistically, he should've already died years ago. He knew that when his string was cut by the fates, it would be ok. Demigods would be born, Percy would love Annabeth, dryads would grow. But he worried about Will. Nico trusted him enough to know that he would keep living for both of them. But how long would it take for him to do so?

Nico felt he would, for once in his life, be at peace with the world. Finally, sleep without nightmares. But that didn't mean he wouldn't make the most of every moment with Will. He wouldn't take for granted their few moments together, not anymore.

Love is worth the suffer,

Love is worth the suffer, Even if it's not forever.

Love is worth the suffer, Even if it's not forever. But the memories are.

Will regretted every time he had laughed at Nico or shouted at him, even if it was only a silly banter. A few days after his birthday, Will's father had come down from Olympus to tell his love was going to die. Die. What an awful word. How could something so natural, so human, so normal, bring so much pain and sadness?

Nico took one final look at Will before he joined his mother. He looked into his tear-stained cobalt eyes, his honey locks, his perfect complexion, and smiled for the last time in his bitterly short life. And then he fell asleep forever.

It was all worth it.

It had been worth everything, down to the last second they had spent together. And Will Solace regretted nothing. -pleaseelaborate