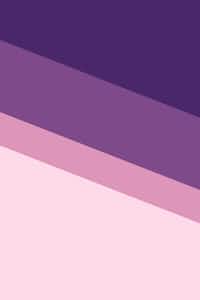 plaththesalt Community member
Autoplay OFF   •   a month ago
Transcript Use Images
Anne Croven is a rare book authenticator. She travels the world inspecting rare manuscripts. In this multi part series, she takes a look at what could possibly be a groundbreaking discovery, and has to cope with the dangers that come with it.
thriller adventureinvestigationfictionthrilleractionpoetrybooks

The Anne Croven Chronicles, Part One

I was in need of authenticating a rare Sylvia Plath manuscript and a colleague of mine recommended her, as she was residing in Boston at the time and had access to Smith College.

The transaction was simple enough. I supplied her with the handwritten document and gave her an advanced payment of $1,500.00 to cover any expenses.

I must confess, I had other motivations for wanting someone to investigate the Plath archives at Smith College.

For years there had been rumors that they owned a copy of her unfinished second novel, 'Double Exposure,' and I instructed Anne to confirm the rumors if they were true.

If they were, a much larger payday would be in store if that happened to find its way to my table. As it were, they did not have the document.

Most likely Ted destroyed it along with much of Sylvia's writings after her death. The good news was that my manuscript was genuine.

I was satisfied with her work and promised to keep her in mind for future projects, should they arise.

It wasn't until 2006 that I needed her skills again. By that time she had become a known mercenary in our field, commanding a hefty price and only working for select clients.

If I didn't have prior relations with her, I doubt she would have taken my call.

For that situation, I required a set of 'Don Quixote' volumes to have their lineage traced back to their original owners.

The volumes were second printings from 1616, finely bound in a red backing with crisp paper. To look at them you would have thought they were printed yesterday.

That's the beauty of typewriting, if done well, it never looks old.

It took her several months to acquire all the information I needed, but by the end of it all,

I was given a full eighty page report on where the volumes were first printed and how they came into my possession. Once again satisfied, I paid her handsomely and kept her number on file.

That leads us to the story for today. This took place during the summer of 2014. I called her in August and requested a meeting.

She was currently in Japan working on an assignment, so I needed to wait a few days before she could wrap that one up before visiting me.

As I understood it, she was having dinner with Murakami, discussing his latest work. She always did have a fascination for Japanese literature.

She said in one of our few candid discussions that Surrealism was her favorite form of Japanese literature, as it showcased the inner soul. I was always more of a Russian guy myself.

Falling at the altar of Dostoyevsky and Zhukovsky.

For me, as someone who has exiled myself from every day society to the confines of my personal library, I felt a connection to those ostracized to the harsh wasteland of Siberia.

When she strolled into my office that Wednesday afternoon, one could not tell she was full of jetlag, but it was apparent how much she had aged.

I guess keeping one eye open all night looking for Gutenberg Bibles and protecting precious documents wears on you.

In just the twelve years since our first encounter, she seemed to progress forty down the long and inevitable.

Despite this, she carried with her an air of professionalism that I respected. Minor Magic, as Dr.

LaVey would say, is partially about aesthetics, and she always took great pains to let others know she was a person of great importance.

Her brunette hair was tied neatly into a ponytail that dipped midway down her neck, and her back was always fully erect,

making her small five-six frame look several inches taller than what it truly was. She never cared much for makeup, opting to showcase her style with the clothing she chose.

On this faithful Wednesday she dawned a pair of loose blue jeans that ballooned at the ankles, with Converse shoes below.

She wore a brown jacket and underneath was a red wine shirt with no markings on it. Strapped around her shoulder was a messenger bag, which unlike the rest of her attire, showcased its age.

It was a light brown, though it had worn and become yellow at the corners, and its buckles had broken and it did not close properly.

The strap was recently replaced and was a brown that did not match the rest of the bag. I imagined she picked this up at an antique shop during her travels and grew quite fond of it.

Thinking that maybe an ancient writer had used it to carry a long lost manuscript that could have changed the world had it not been for some disease or murder.

I welcomed her into my office. Her wolf like eyes studied the lines of books across my walls. With each glance I could tell she was cataloging them, dating them and approximating their worth.

I almost asked for an opinion, but knowing the likes she had served, I thought better of it.

If the rumors were true, she had been granted access to the library of Montserrat,

a library tucked away in the mountains of Spain where only monks who have devoted decades of service are allowed to enter.

I offered her a chair across from my desk and took the one opposite from her.

'It's always good to see you. Thank you for coming.' I started, reaching the drawer off to my right which contained the subject of our meeting

Anne closed her eyes and nodded, she had pressed her fingers together, alternating tapping them, and crossed her legs.

Was she showing impatience? Or was it her way of absorbing information? I'm not sure, but regardless I continued.

'What I have here,' I continued while retrieving a binder, inside were clear plastic pages, containing fourteen separate yellowed and brown pieces of parchment,

the parchment had tears and holes in it as well, the ink was faded in most areas and was written in Italian, the last page was autographed by the author 'is why I called you.'

I handed the binder to Anne, she took a pair of glasses from her pocket and put them on.

I knew she was well versed in several languages, including Italian, so as she carefully went through each page and inspected every line, I could tell she was reading as well,

'where did you get this?'

'I have family in Ravenna. They came across this in one of their walls while doing construction on their house. They sent it to me to have it authenticated.' I replied

Anne continued to look through it, studying every aspect of the document. After the fourth or fifth time through it, she closed the binder and set it aside.

Opening up her messenger bag she retrieved a notebook and pen and flipped to the first clean page, which was several stops in. I took this as a sign to give instructions on what to do.

'I want you to go to Europe. There are three documents signed by Dante that remain, two are in Florence and one is in Rome.'

Anne took down the notes carefully and awaited further instructions.

'I'm sure you're aware we have no extant copies of 'the Divine Comedy' from Dante. However, the earliest document was written in 1337 by Ser Francesco di Ser Nardo da Barberino.

It was copied only seventeen years after Dante finished his original manuscript. You can find Ser Francesco's copy in Florence.

I want you to see if there is anything missing from that, or if there are any irregularities that might make you think this new Canto might fit into it.'

'Have you had the paper carbon dated?' Anne asked

'Yes, the results came back with a range of 1300-1400, so it fits within the time period of Dante. What we could be looking at is an original part of the Inferno that was never known about.'

'Mmm.' Anne returned, jotting down the dates I gave her, she seemed to gain more interest as the details unfolded

'I have an advance of $30,000.00 for you. That should get you started. I have a flight booked for Florence in two days time.

There will be contacts for you in each city, I've prepared a report for you.' I said, reaching for a document that had a list of names, addresses and phone numbers on it

'Thank you, but as always I'll be doing part of my research here in the States before traveling Internationally. I'll contact you when I'm ready to travel.'

A brief moment of silence fell between us.

She did have her own way of operating, which always brought home results, but the fly by nature of it was irritating to someone who preferred a more standardized approach such as myself.

In any respect, I agreed and we parted ways. I would speak to her several times over the course of the next few weeks, but the next time I did, one person would be dead.