Commaful
My Dad Thinks He Is Weird. 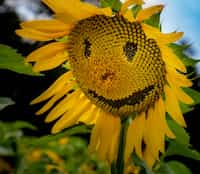 pie0boxwoodrow6 Community member
Autoplay OFF   •   2 months ago
Transcript Use Images
A childs perspective of Dads mental health. I imagine it as an older childs novel/picture book and rearranging text so a positive is next to a concerning/weird behaviour.
fiction perspective

My Dad Thinks He Is Weird.

My dad who I love dearly often says he is a bit odd, nuts strange and a bit crazy.

I think he maybe right.

But that dosent mean I dont think he is the best dad in the world.

He loves to joke around and he can be an absolute riot.

Alot of the time I dont understand his jokes and sometimes its not clear even after an explanation.

He often says hes not insane as he has a stamp that says sane on his hand.

I didnt get that at first but I do now.

Theres alot of things my dad dosent like to do with me.

He doesn't like parties, he dosen't come to coffee with family friends, he won't come to all Christmas and birthday celebrations and he sometimes dosent like getting out of bed.

He keeps frogs, a turtle, lots of fish and i know hed keep more if mum would let him.

His main fish tank is awesome but like Dad is a bit odd, as the majority of the fish can't be seen.

He takes medication morning and night.

Compared to mum he visits his doctor a lot.