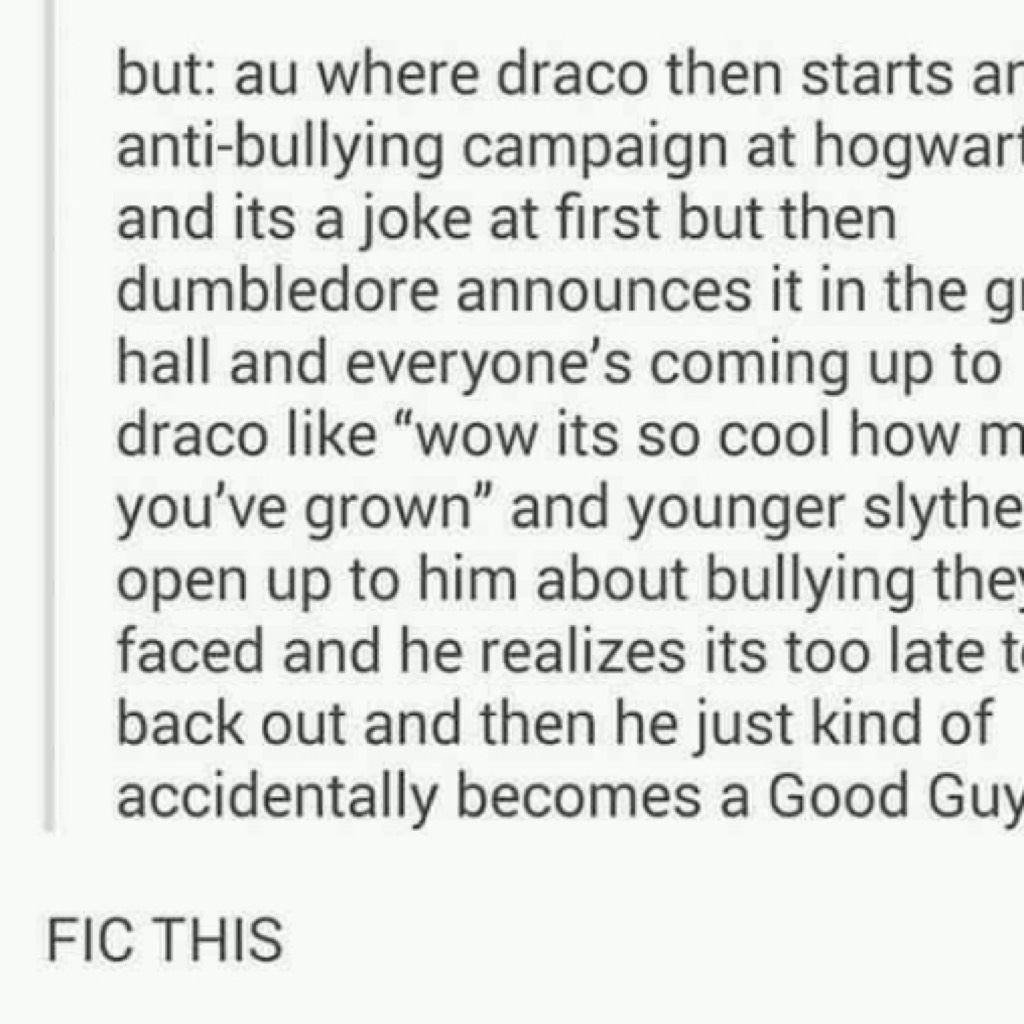 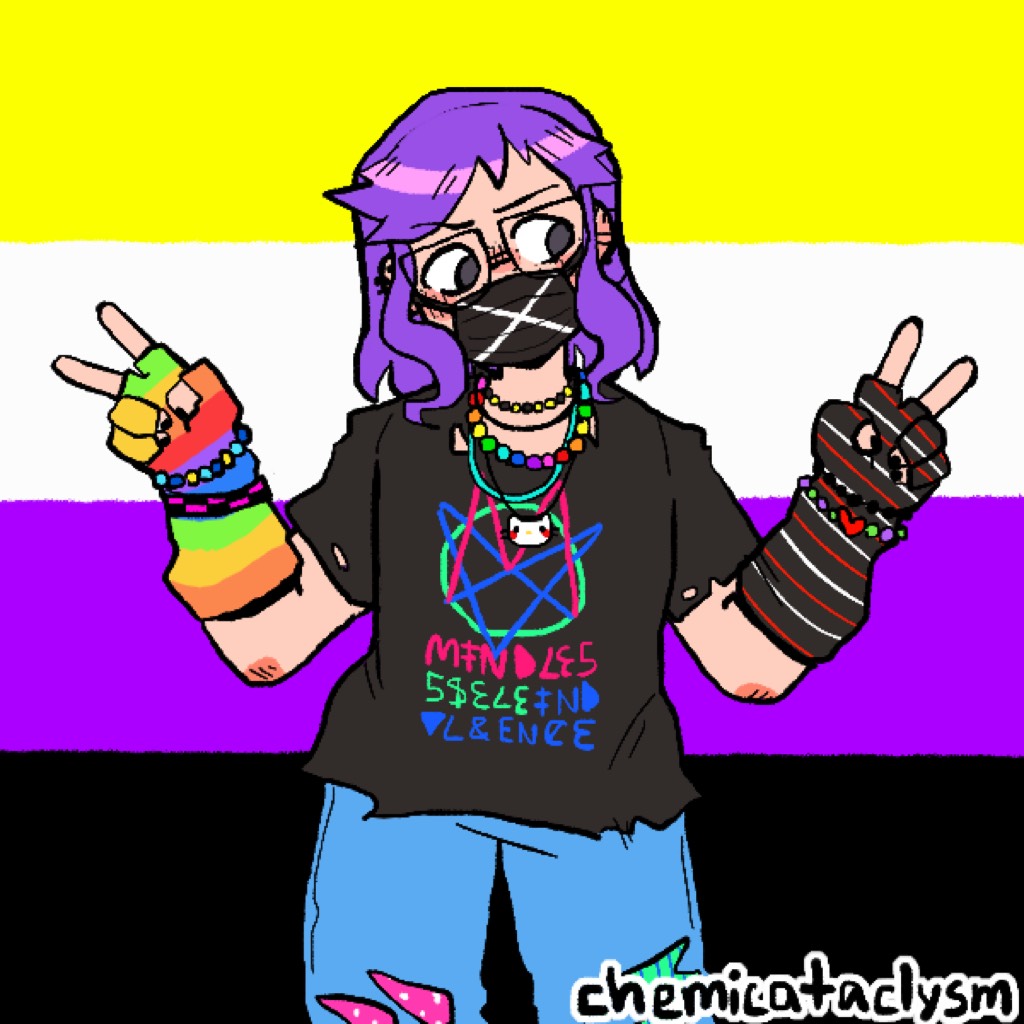 phoenix_reads_1 gf.me/u/zitbjh
Autoplay OFF   •   3 months ago
Transcript Use Images
Draco started an 'Anti-Bullying Campaign' as a joke but now everyone is taking him seriously [Updates may vary]
fanfiction drarry

It’s been two months since Harry and Draco have even talked to each other.

Whenever Draco glances at Harry there’s this sad glint in his eyes. I’ve caught Harry looking at Draco a few times, he always looks so disappointed.

Of course, Draco told me what happened and I was ready to go scream in Harry’s face for not even giving Draco a second to explain but Draco begged me not to so, reluctantly, I didn’t.

Currently Draco was, once again, sobbing into my shoulder while I comforted him. He was rambling on about Harry and after almost half an hour I’d had enough.

“Draco, why don’t you try talking to him?” Draco’s eyes widen and he screeches, “No, no, I can’t, why would he ever listen to a liar like me anyways?”

I sigh, “You know, maybe I can get Hermione to talk some sense into him, then you can explain everything. Ok?” He shakily nods, “O-ok..” I get up and go to find Hermione.

I’m walking to the library when I hear someone calling my name, “Hermione!” I turn around to see Pansy running towards me.

“Pansy, what is it?” She holds up one finger as if to tell me to wait. After she catches her breath she tells me,

“I need you to get Harry to allow Draco to talk to him, Draco has been broken for the 2 months they’ve been apart and they need to make up.”

I stand there for a minute, thinking, then say, “Fine, I’ll talk to him.”

Pansy smailes in response, “Thank you.” Then she hugs me. I’m taken aback but soon enough I hug her back.

We let go and I walk towards the Gryffindor common rooms to talk to Harry, waving to Pansy as I walk.

When I arrive I see Ron and Harry chatting. I interrupt, “Harry, I need to talk with you.” He idly nods, “Yeah ok.”

then returns to his conversation. I grab his arm, “NOW.” He rolls his eyes, “Ok, fine.”

We walk to the other side of the room for more privacy. “What did you need to talk about?” “You need to talk to Draco, he’s been in a horrendous state ever since you two fought.”

He starts to get mad, “Well then he shouldn’t have lied to me!” I smack him, “Harry James Potter you will go talk to Draco this instant or else!”

Harry winces a bit but agrees, “Fine, I’ll go talk to him.” I nod, “Good, also I apologize for yelling at you.”

He gives me a small smile then walks out of the common room. I look around to see everyone staring at me. I throw them a harsh glare and walk back towards the library.