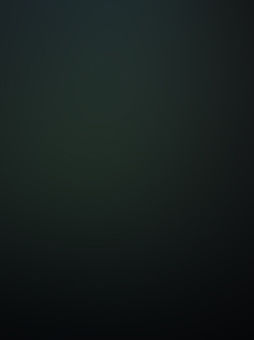 pedikrueger Community member
Autoplay OFF   •   10 months ago
Transcript Use Images
"There are many tales of an ancient dragon, a purple one, whose might would dwarf that of any other dragon in his era, and even ours. It is said that many believed him to be the bringer of a new age of prosperity. Despite their differences, all tales point to a similar ending: That he betrayed his own kind, and set on a dark path from which he never returned."

"Tales, folklore, superstition, none of which have any credibility. The same story is told differently by each individual. The discrepancy can be found even among members of the same clan. Each recount is different in minute, seemingly insignificant ways that end in a slightly different way. That makes it difficult to believe the story, especially since many disagree on even the name of the dragon. In fact, it can be posited that such a dragon is merely a construct of the mind, a metaphor for dragonkind's worst side."

"His existence is of secondary importance. The purple dragon has made his impact on our culture in more ways than one can count. He, or rather, his image, is worshipped by many beings of the land as a savior. Meanwhile, the same image is loathed by others for his betrayal and destructive nature. Even without a body, a spirit, or a single credible trace, That beast has left more of a mark on history than his real counterparts."

"But make no mistake. That dragon existed, and his name was Malefor. I have studied every resource on the topic to give a scholarly account of his life. In doing so, I have found that the truth of the story ..."

"... is infinitely darker than Malefor himself ever could be."
fiction maleformaleforthedarkmasterdragonlegend of spyrospyrooriginwarfangwarcynder

"Steady!" the mole commander yelled at his remaining forces. The enemy was still too far away for a fruitful attack.

Not that it mattered.

There was no harming the sky serpents. Their scaly skins had proven to be tougher than any arrow could penetrate. Their vicious claws ripped through meat and bone alike.

Their sharp teeth and powerful jaws shattered the shells of turtles with the absolute greatest of ease.

They were faster than any cheetah on land, swifter than any fish at sea, more agile than any bird in the sky. Ravenous as birds of prey, and just as merciless.

And their lethal breath ...

Nature itself was under their control!

No one knew where they had come from, only that they weren't of this realm.

Was this their punishment, to be erased from history? Had they angered the stars? What could they have done to deserve this?

No sin was so grave.

The commander turned to the remnants of his army, an alliance of tired, beaten, petrified moles, cheetahs and turtles. Even before the battle begun, this army was beaten in spirit.

He then turned his gaze to the approaching sky serpents, roaring victoriously as they approached, their chests ablaze.

"Archers!" The commander yelled, his teeth rattling in fear. Two rows of archers prepared their bows and arrows, all well aware of the futility of their efforts, of their inevitable fate.

"FIRE!" He screamed as loudly as he could, hoping to drown his own fear in loud noise.

A barrage of arrows went flying towards the massive serpents, bouncing off their scales and falling to the ground like tiny pebbles.

The commander watched helplessly as a powerful wave of fire engulfed him and what little remained of his resistance.

As the flames died down, the serpents began to land.

From the surrounding shadows rose a serpent, entirely black in color.

The shadows came to life, covering his skin as if to protect their beloved master, burning themselves under the light of the cruel sun.

The beast's merciless, glowing white eyes gazed upon what was a battlefield seconds ago, now nothing more than a graveyard.

He took a deep breath, filling his nostrils with the burning scent of dead flesh. He chuckled and turned his gaze to his army as they landed.

They knelt in front of him, their chins touching the filthy ground, awaiting his command.

The creature returned to the shadows, allowing his army to feed.

The dragon plummeted towards the ground, out of energy. His red scales were scratched by the trees as he fell to the ground, hard.

He growled in pain as he felt several of his smaller bones break. He tried to get back up, but gave up after a few failed attempts. It had been weeks since he last ate.

This realm was harsh. With barely any food and water, lord Zarakhan had led them to their doom with his decision.

The generals often said this was not always the case, that there was a time when this realm was plentiful.

Whether it was true or not back when they had first entered this realm did not matter to the dragon anymore.

That was hundreds of years ago, it did nothing to fill the empty stomachs of the dragons now. He heard tiny footsteps as death began to draw near.

Slowly and weakly, he turned his head, witnessing a small family of moles.

For the first time in his life, he wished for more strength, barely anything to hunt them with. Alas, his wish fell upon deaf ears.

The larger mole began to approach the moribund beast, slowly. He forcefully opened the dragon's mouth. Too weak to do so, he did not offer any resistance.

To his surprise, the mole placed something inside it. The familiar taste of fresh fish filled his mouth as his eyes opened wide. Hungrily he swallowed the meal. It was not enough, he needed more.

The mole placed another fish inside his mouth, which he gobbled in a blink.

Soon, the dragon felt strong enough to move again. He got up, and stared at the family, all of whom were staring back at him in absolute fear. There was murder in his eyes.

But perhaps they didn't have to die.

Swiftly, he took to the air and resumed his flight. Perhaps the moles could serve as things other than snacks.

Ranch after ranch of delectable animals, field after field of nutritious plants, the moles had proven to be quite dexterous. This new treaty benefited both sides.

No longer did the mole run away in fear of dragons, no longer would dragons have to hunt for their meals.

The green lord gazed upon his own majesty. Hundreds of moles working in the fields below, all at his beck and call, all at his mercy. His task was to protect them should predators attack.

But with him in the skies, very few living beings dared to show themselves. But pride was not the only thing he felt.

The sun beat him cruelly on his head, his wings were cramped from hours of flying in circles over the land. His stomach growled in protest.

He wanted to fly back to his cave where he was the one to give orders. Sadly, he dared not leave. He was ordered to wait until another dragon arrived.

He roared loudly, hoping to get the attention of his brethren.

The realm was quite large, and not everywhere was as welcoming as the land below. Arid wastelands were plentiful. This made the travel of news difficult between the different parts of the colony.

Lord Zarakhan seemed to be oblivious to all of this, or he did not seem to care.

And why would he, considering he spent his time locked away in his temple back home where he was bathed in the chants and the prayers of his devotees, his shadows,

his "chosen ones" as they were called.

The dragon moaned in discomfort as he continued circling the field.

The dark dragon stared at the massive walls before him with his impressed, ghostly eyes. It had been hundreds of years, but the architect's dream had at last come to fruition.

He shook his head with a victorious smile.

Thousands of years of failed efforts ...

This impregnable fortress would serve to realize his vision.

With training grounds, a temple he could be worshiped in, massive reserves of food, and a steady supply of clean water, this citadel would make possible the survival of all dragons.

And perhaps the moles could be granted passage, the loyalists at least. The inner gates would ensure their separation, eliminating the possibility of espionage.

The spirit of the architect, as well as all those who helped make his new fortress impenetrable, would be rewarded handsomely for their efforts.

The dragon sat down in the temple, staring at the gargantuan, ancient statue of the savior in front of him. His mate and daughter beside him.

Together, with stoic faces, they began chanting, praising the deeds of the warrior who had saved them all from Zarakhan's tyranny.

The light of the heavens.