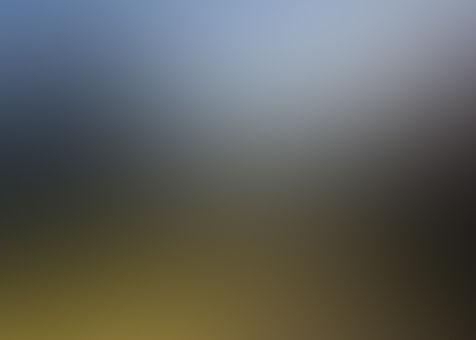 peachytea00 // Jordan // He-They // 13 //
Autoplay OFF   •   5 months ago
Transcript Use Images
!Warning May Contain Mature Themes!
"An Angel´s Touch"
That's how Hinata finally managed to word to describe the soft touch of Komaeda's delicate hands.
Komaeda who was very much in love with the boy on the other hand just couldn't stop touching him. it was never in a bad way just simply greeting him with a hug from behind, or a simple brush of the thigh.
Even in the modern world where despair conquers these teenage boys just can't get enough of each other.
Brush it off as a friendship and you have the same mindset of the two, admit to yourself that they're secretly in love? And you understand whats going on.
But simply they both have problems that get in the way.
Komaeda just doesn't believe he is capable of being loved by another While Hinata is caught up with some other girl.
Maybe they both have Problems but who knows maybe they can work their way around them.
fanfiction komahinadangan ronpadanganronpasuper dangan ronpa 2nagitokomaedahajime hinata scariest danganronpa fanfiction

Hope... That was a word I heard every day. I said it a lot honestly, I always spewed on about the true meaning of hope. It always came to no avail.

It wasn't too bad though, even though no one understood what I was saying, but at least they somewhat listened.

Now here I am, at the train station. Thoughts running through my head about why I even bothered speaking.

I mean these thoughts weren't awful, but they didn't settle too well in my somewhat scattered brain.

No one will listen to you!

No one cares, I don't even understand how you can ramble about such childish things!

If you wanna die so badly Why to just do it?!

Frequent little voices like these weren't wrong. I don't understand Why I don't just kill myself If I want to so badly.

But every time I dare to open my mouth about the grace of being murdered I'm given the 'He's a psychopath' look.

As my thoughts left me with a sour mood the sounds of the subway echoed through the tunnels.

Looking to My right I could see as the lights of the white train filled the dimly lit station.

I checked the time.

"4:30. Damn." I muttered before turning to the face of the exit staircase.

Sure enough, it was still dark outside, not a single spot of the morning light whatsoever.

Pivoting back to the Cars ahead of me I could see most were already starting to fill. Taking a few steps I let out a sigh before boarding the train and finding a seat.

Now there wasn't anything to explain about the two-hour ride I took to and from school. It was just ongoing dark tunnels that flowed under the city.

the train it was always peaceful.

I would always look behind me to glance out the window to entertain myself, but to no avail, I was only met with the diversity of coloured bricks.

I never really bothered to play on my phone either mostly because the battery ran out pretty quick if I was on it too much.

Speaking of my phone, I noticed the black screen of the small device was lit up in the pocket of my army green jacket.

Wrapping my long fingers around the cold metal I pulled it out of my pocket.

There it was, a text from Hajime just waiting to be read. Opening my phone I simply found this message.

I had to laugh at the greeting. It was so Like Hajime to just leave a blunt statement like that.

Hinata-Kun. That was a little nickname I gave Hajime awhile ago. He hates it but that's no surprise. To him, it's just another annoying nickname people are giving him.

With Akane not even remembering his name in the first place, to the principle even calling him a tsundere there just no doubt he wouldn't like it. But that just makes it even better.

Within seconds I got a reply.

Hinata-Kun: I told you not to call me that

Adorable. I could imagine him saying that too. looking off to the side while muttering those words almost into a whine. I chuckled at the thought.

Now in no way were I and Hajime close, but sometimes in our friendship, I just had to harass him from time-to-time.

Finally Hearing the Screeching sound of the Train coming to a halt I smiled and picked up the black bag I had been hauling around all morning and bolted out.

I was quick to run up the staircase that leads from the dark tunnels into the fresh outdoors.

The station was positioned right outside of town, and I could see the school from where I was standing on the brick pavement.

To my Luck, the welcoming light of the morning sun was just settling in. The warm rays of sunshine were already replacing the coldness from the train.

leaving jittery sensations where it touched my pale skin.

Taking a deep breath of the morning air I started my proud walk to the Academy.

The oversized school wasn't all that far away. Just a few blocks from the station. The problem comes to traffic...

The traffic was terrible. We don't have bike lanes, so bikes are on the street. Constant accidents, Crashes, Ambulances. It was Hell in a handbasket down here.

The sounds of car horns rang in my ears as I continued down the sidewalk. I was careful not to get in people's way but that was useless.

So now I'm being shoved down the sidewalk, call me lucky huh?

Now Standing at the entrance of Hopes Peak I allow my lips to curve upwards into a half-hearted smile. Within a few steps, I'll be inside the school of everyone's wildest dreams.

I grabbed the golden handles of the doubles door and with a single swift tug, the doors were open.

The shining light of the white hallways hit me first like always, the sunlight seeping in through the large window's, reflecting off of the polished wood doors,

and the metal handles shooting beams of the sun straight into you're eyes. This was Hopes Peak.

Many students already crowded the halls but I wasn't interested in them, they were talentless rich kids who bought they're way into the system.

No, my eyes were set on the Three Ultimate classes, which one of them being mine.

The Ultimate classes were divided up into sixteen students each, in which two of the fifteen students had talents while the outliers were lottery students.

But nevermind that I spotted a single group in the corner of the entrance hall, I could hear yelling but I wasn't paying attention my eyes were set on him.

That was Hajime Hinata the Ultimate Analyst.

Before I could even begin to think I was sprinting towards the boy.

A/N: Holy Shit I made something that I'm proud of! Hope you guys enjoy this as much as I do.