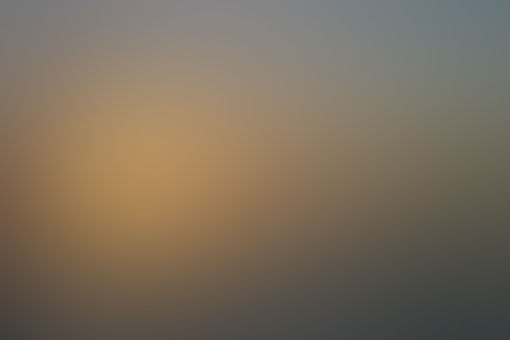 pathfind I write when I write.
Autoplay OFF   •   7 months ago
Transcript Use Images
A lone cloak travels through the icy tundra to get help from the barbaric Northerners.
fiction mysteryintriguefantasy

The final sparks of light from a bonfire died away. The black plumes of smoke disappeared into the night sky. The moon watched over a small village.

The buildings were constructed of loose wood and steeply curved thatch roofing. All of it sat under a thick layer of white snow. Nearby a quiet harbor rested on the shore of a frozen ocean.

A strong sheet of ice stretched out for several kilometers.

A violent crack bursted from the ice as a longboat moored toward land. The steel plated ram at the front of the vessel smashed the frozen water. The ship managed to drift into port.

The lone sail in the center was raised. A simple plank was placed over the freezing water.

A low, dusty cloak thumped across the plank accompanied by clattering hooves. The cloak was a dark black, the inside covered in fur. A beautiful sensation among the winter cold.

The cloak draped over his entire figure aside from his thick boots trimmed with a bear pelt. The chestnut horse wore a tightly strapped saddle with an old blanket underneath.

When they stepped on the dock a grizzled, loud voice called to the figure, "Beo!"

The cloak turned back to a burly man. He wore a thick coat of fur. A long, braided beard rested on his chest, with scattered pieces of food and stained mead.

The bristles of fur accenting the width of his shoulders, making him an intimidating silhouette. The man's muscles were large and his limbs hairy. A chain shirt draped over his furs.

He was leaning over the side of the longship, between the painted round shields hung to the sides.

He gave the cloak a wide smile, showing his yellow teeth, "Everyone here's fast asleep. You'll have to continue through the night. Sorry, we couldn't get you closer.

In the woods, hang right at the fork in the road and soon enough you'll be at Uspingard."

"Enjoy that bottle I gave ye! It's the finest on my boat, so don't waste it."

The cloak paused a moment, comprehending the words. Then nodded again just before climbing onto his horse.

"May Odin smile upon you, Beo!" He gave him a single wave.

The cloak returned the wave and spurred his horse, cantering through the village. The Nords hoisted the plank back onto the ship and the rowers pulled it away from the dock.

The town was eerily silent, every being was fast asleep after whatever celebration involved their bonfire. The windows were black and the doors sealed.

Beo followed a path he could barely make out. There was only a small difference, a tiny dent in the layer of snow, showing it was shoveled off during the day.

'Shame they'll have to heave this away in the morning... only so much time during winter days.

' At the end of that thought, a small pile of snow gave in to gravity and slid off a roof, joining the ground with a "floomp."

Beo jumped at the sound and flicked his head in the direction.

Seeing nothing at first, his eyes darted along the length of the longhouse until he noticed the sinkhole pile breaking through the smooth white.

He let out a long sigh as he gradually faced forward and kicked the horse forward.

Leaving the perimeter of the village, Beo sent his horse into a gallop. The bitter air nipped at his face and he wanted out of the cold.

He lifted a long piece of cloth over his lower face in a desperate attempt to ward away the winter wind.

He hunched his figure down, relying on his body heat to keep him sane as the edge of the pine forest passed him.

The moon's grey rays sparkled between the trunk spikes, guiding Beo down the narrow opening which he could only assume to be the path.

His head bobbed at the rhythmic bounce of the horse's stride. His body swayed from side to side as his eyes slowly closed. His torso finally chose the right and began to fall.

Only at the change in gravitational pull did Beo notice. His eyes snapped awake and he immediately scrambled for a hold on his reins.

First his fingers hooked on the straps, giving Beo just enough leverage to grip on the reins and swing himself back onto the saddle.

After a few seconds regaining his balance, he shifted in the saddle to be more comfortable.

Shortly after a scarily close wolf's howl echoed through the trees. His head snapped in the direction, pulling on the reins. He watched intently into the darkness between the trunks.

Soon a pair of yellow dots swayed in the shadow accompanied by a low growl. Just after, drifting through the underbrush, two dark grey paws emerge, silently crushing the snow.

Then a black, moist nose, then snout. Once their head came through, the ears instantly perked up, scanned the nearby area for suspicious noise then folded back.

Quickly, more wolves joined the first. All of them, bellies to the ground, ready to pounce and their lips folded back showing off their gritted teeth.

Beo watched them unmoving. As soon as one charged, Beo flicked up his arm, palm facing them and fingers spread. All of the wolves stopped in their tracks.

Their heads moved with uncertainty and confusion. Beo folded his fingers in and pointed at the forest. The wolves glanced up then turned and walked back into the shrubbery.

As the last one left Beo's view, he spurred his horse again and left the site. Making sure to stay awake, he made the rest of his trip in a few hours.

Rubbing his arms for warmth as he arrived at the brightly lit gate, two men in fur-lined, chainmail armor lowered their polearms.

"Woah there, mysterious one. State your business." One of them demanded in a booming voice.

Beo paused for a moment. The Nord's accent was rough and Nordic wasn't Beo's first language, so it took him a moment. But as he realized his words, it was too late to act as a foreigner.

He raised his hand.

Beo raised his head. The torchlight glinted off his dark red eye, the other was a pale grey, failing to reflect anything. Surprised, the two guards relaxed, putting their weapons to their side.

"Apologies, Beo. We didn't know it was you."

Beo shook his head silently and pulled his horse to a stop right next to the guards.

"I need to speak with the Jarl," Beo's voice was coarse and rough from days of travel, "It's urgent."

"Right away," The Nord responded then shouted up, letting his voice travel over the wooden wall.

The gate, being a giant wooden door, slowly crawled open from two Nords heaving away.

Taking a drink from the bottle of mead, Beo nodded his thanks and continued in.

Not a far distance down a road and up a ramp through a much busier and bustling city compared to the port town, he reached the foot of the mess hall.

Greeting the guards just outside, he made his way in. Nords were scattered throughout the mess hall, none of them actually feasting, but simply chatting.

Beo made his way through the thin crowd, eyes watching him as he passed, up a tiny set of stairs, and slightly bowed to the Jarl.

His blonde hair rested on his shoulder and his beard was fluffed around his chin and lips. He didn't wear chainmail like the rest, but an excess of expensive furs dawned his torso and shoulders.

Seeing Beo approach him, the Jarl's eyes brightened as a smile stretched his face.

"Beo! It's so nice to see you," He was enthusiastic. Beo knew they hadn't needed to raid the Divinnal coast in a long time.

And he was to use that to his advantage, "What brings a myth to our lovely home."

"I need a ship." He said bluntly. His voice was plain.

"Surely, you had one on your way here. The pass is closed for winter."

"A raiding ship. Speaking of which, a raiding party as well."

By now, the chit chat had fully stopped and everyone had their eyes on the two. Beo quietly smiled to himself.

He knew how much Nords love the thrill raids and many more love settling down in those lands to get away from the cold.

"Raiding?" The Jarl was visibly excited, but still trying to keep his composure, "What will you plan on raiding?"

"A new island. Not quite sure what the name is...

but there's Toraki and Ortan settlements with some helmets to crack and supplies to plunder," Beo turned around to the crowd, "Whose in the mood to get out of this damp dreariness?

" He bellowed out. It was soon accompanied by an uproar of a cheer.

The Jarl stood from his throne, "I'll join you."

Beo glanced at him quizzically, "Going to a foreign land? Won't that be dangerous?"

The Jarl hesitated, "Well yes... but," He searched for the words, "I want to make sure my people are safe."

Beo smiled. He knew exactly why the Jarl wanted to go.