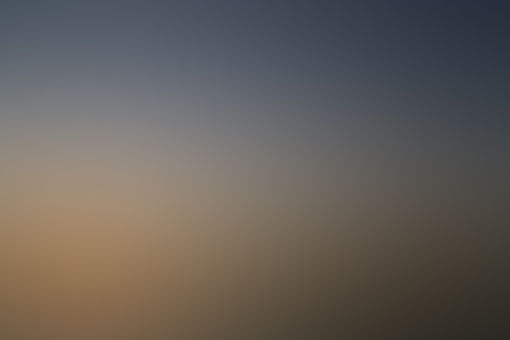 pathfind I write when I write.
Autoplay OFF   •   7 months ago
Transcript Use Images
The fight between a mercenary and Umbra
fiction fantasycombat

The mercenary's heart paused as Umbra's psychotic laughter echoed in his mind. The words cycled his thoughts again and again. He tensed his muscles to move, but his body stayed frozen.

He forced his mind to comprehend his sight, Umbra in a full sprint toward him. He forced his muscles to relax. In time, he managed to lunge himself off the road.

Dirt puffed up around him, clogging in his lungs. He coughed out as much as he could then turned to see Umbra's next move.

Umbra was hunched over, barely passed where the mercenary just stood. His body and limbs were arched like a predator. The tip of the rapier dug a few centimeters in the coated gravel.

"Good," Umbra giggled through a gritted smile. He slowly turned his head, knowing the mercenary was watching, so he could keep an eye on him, "You should be afraid."

He flicked out his rapier, flinging pieces of gravel and dust at the mercenary. The minerals cut into his eyes.

He shielded away, guiding the point of his sword to the direction he remembered Umbra to be.

He struggled his eyes open, but another cloud floated off his lashes and onto his squishy corneas, forcing them shut again. He took in a large breath to calm down.

Panicking will only get him killed. He focused on his ears.

The whistle of soft wind, the chirping song of birds, rustle of chipmunks in trees. He concentrated on the silence, mentally blocking out the white noise. But there was only silence.

The mercenary pondered Umbra creeping closer and that spiraled into a cycle of fear. He began to rapidly swing his sword to keep Umbra away.

On the contrary, Umbra actually stood still, watching him with an unamused frown. The mercenary caught his foot on a stone and tumbled back. The wind was knocked from his lungs.

Umbra held back a snicker. As he took the time to casually walk over, the mercenary rubbed his sleeve in his eyes.

Umbra bent down to grip the warrior's collar, but he swiped it away with his hand. In the same movement, slashing his sword, forcing Umbra to back away.

He leaped back and readied himself into a fencer's stance. It gave the mercenary time to stand and regain his composer.

He placed the end of his sword against Umbra's, each watching the next one's movement.

Umbra stood with one heel raised, ready to aid him lunging forward in a thrust. His free hand was up behind his head, open to disarm any loose weaponry.

His rapier was pointed toward the opponent's chest while the hilt was near his own head and ready for any sudden movement.

The mercenary had his feet planted firmly on the ground, both hands tight on his shortsword, ready to deflect Umbra's attack. His nose flared with a deep frown.

Impatient, Umbra sent the first attack, throwing in a thrust. The mercenary narrowly deflected it, using the momentum to throw in an attack of his own.

Umbra took less than a second to step back from the attack, stepped forward, and slash up. The mercenary lifted his blade, deflected, then swung down.

Umbra went to block, but the attack was a feint. The merc brought the sword around and slashed at Umbra's legs.

With a painful grunt, Umbra collapsed to his knees, blood slipping down his tattered trousers.

The mercenary placed his blade to the front of Umbra's neck, nearly cutting his skin through the scarf.

Umbra stared at him, his brows furrowed and eyes full of hate. Though his mouth wasn't open, Umbra could see the merc's jaw tensed.

The mercenary paused, satisfied with himself for being able to take down the mythical Umbra. He let a smile creep through his anger.

Umbra was surprised by himself. Usually, this kind of person would be in over their heads when fighting him. But this one knew what he was doing despite the fear.

Granted this thought wasn't coherently processed, just something that he brushed aside because of the anger he felt towards himself.

'I can't let him bring my head to anyone.'

With that thought, he lunged his rapier up to the mercenary's head. The warrior moved his head aside instantly, but he instinctually moved his weapon back to block.

Umbra took the advantage, dropping his weapon, and gripped the mercenary's shoulder. He yanked the warrior to the ground, pulling his shortsword free and tossing it away from either one's grasp.

Umbra pinned the man against the grass, slamming his head down to render him dazed.

He placed his hands around the mercenary's neck, applying just enough pressure to make him struggle to breathe, but not enough to completely block his airway.

The mercenary grabbed Umbra's wrists, desperately trying to pull him away.

"Listen to me carefully, warrior." He growled, "Tell whomever you accepted this contract from... tell them to leave me alone.

" He spoke, trying to keep his heavy breathing as quiet as possible, "I'm not in the mood to kill right now, so leave me be, got it?"

Other than gasps for air, the mercenary didn't respond, just a fearful look in his eye. Umbra abruptly let go and climbed off the man.

"Get out of my sight." Umbra snared.

The mercenary clumsily pulled himself to his feet and rushed onto his horse. Kicking the animal's sides, sending him into a gallop.

As he rode away, Umbra turned back, watching the tiny silhouette slowly disappear over the horizon. 'That was quite a fight, kid.' He then faced the direction he was first heading.

With a relieved sigh, he grumbled, "I need a drink."