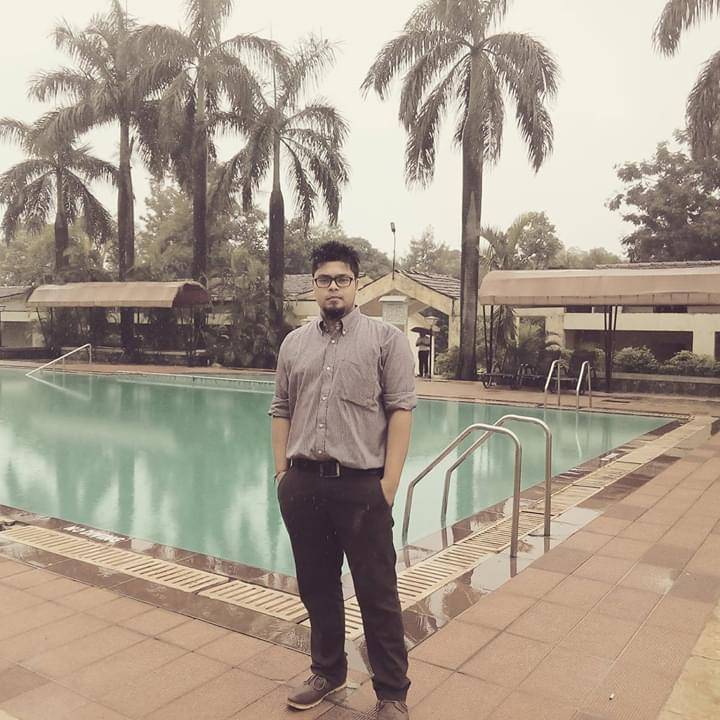 parasharbezbaru short stories- horror, thriller, emotion
Autoplay OFF   •   3 months ago
Transcript Use Images
I could hear the raindrops falling on the roof faintly. I slowly opened my eyes and my vision was starting to regain itself from being blurry to enter the phase of clarity. Now I could hear the raindrops hammering down on the roof above me. It was some sort of a storm. The thunder and lightning, it grew louder and clearer.
thriller horrorthrillerzombies

I could hear the raindrops falling on the roof faintly. I slowly opened my eyes and my vision was starting to regain itself from being blurry to enter the phase of clarity.

Now I could hear the raindrops hammering down on the roof above me. It was some sort of a storm. The thunder and lightning, it grew louder and clearer.

It was very dark outside with the only source of light coming from the lightning. I was starting to regain my senses.

It was very dark inside too. I looked at my surroundings. It looked like an old room which was unused for months. There was dust all around, broken shelves, broken table and chairs.

A gun was lying across the floor near the window. Three knives were lying beside the gun.

I wondered whose room it was and how did I end up here? It was clear from the condition of the room that there was a violent commotion which took place within these four walls.

But what happened exactly?

Suddenly I could smell something very strong and nasty. A ghastly rotten smell. I just couldn't tolerate it. It was the smell of something decomposing. The smell of a rotten dead body.

I sort of panicked. Where am I? From where the smell is coming?

I stood up from where I was lying when I woke up and I searched around. I could feel the pain in my body charging in from different parts as I walked. I knew I was badly hurt.

I felt that I couldn't walk anymore and I stumped to the ground on my knees.

The rain was pouring more heavily and the thunders grew more loud and electrifying. It lit the room for a minute. And I could see the source of the rotten smell.

It was coming from me !

There was a hole in my chest, probably from the gun and stab wounds on my hands, neck and face probably from those knives I saw lying beside the gun. Someone tried to get rid of me.

My face was not recognisable and disfigured. One of my eyes was missing. My ears felt as if it had been burnt. My skull was protruding out from the back of my head.

The bones from my fingers were visible. The legs twisted and dirty.

Did I rise from the dead? I again stood up. This time I could feel no pain. I also couldn't smell. I felt completely different. I felt confident. I slowly walked up to the door and opened it.

It was still raining heavily. As I stepped outside I could feel the raindrops get inside my body and touching the surfaces of my internal organs. It was somewhat refreshing.

As I moved forward I could see more decomposed figures just like myself walking slowly to the top of the landscape. I had a sudden urge to follow them. So I followed them to the top.

As we reached , we looked below and saw a busy city full of lights and sounds and happiness.

An unbearable anger filled me inside like I wanted to steal the happiness from the city and create unimaginable terror.

I felt the urge to kill them all and rip them apart from their bodies and souls. We all looked at each other and smiled at each other. We all knew what we had to do.

Those people had no idea what was coming for them. It was their extinction and our evolution.