Commaful
The Icecream Man part I 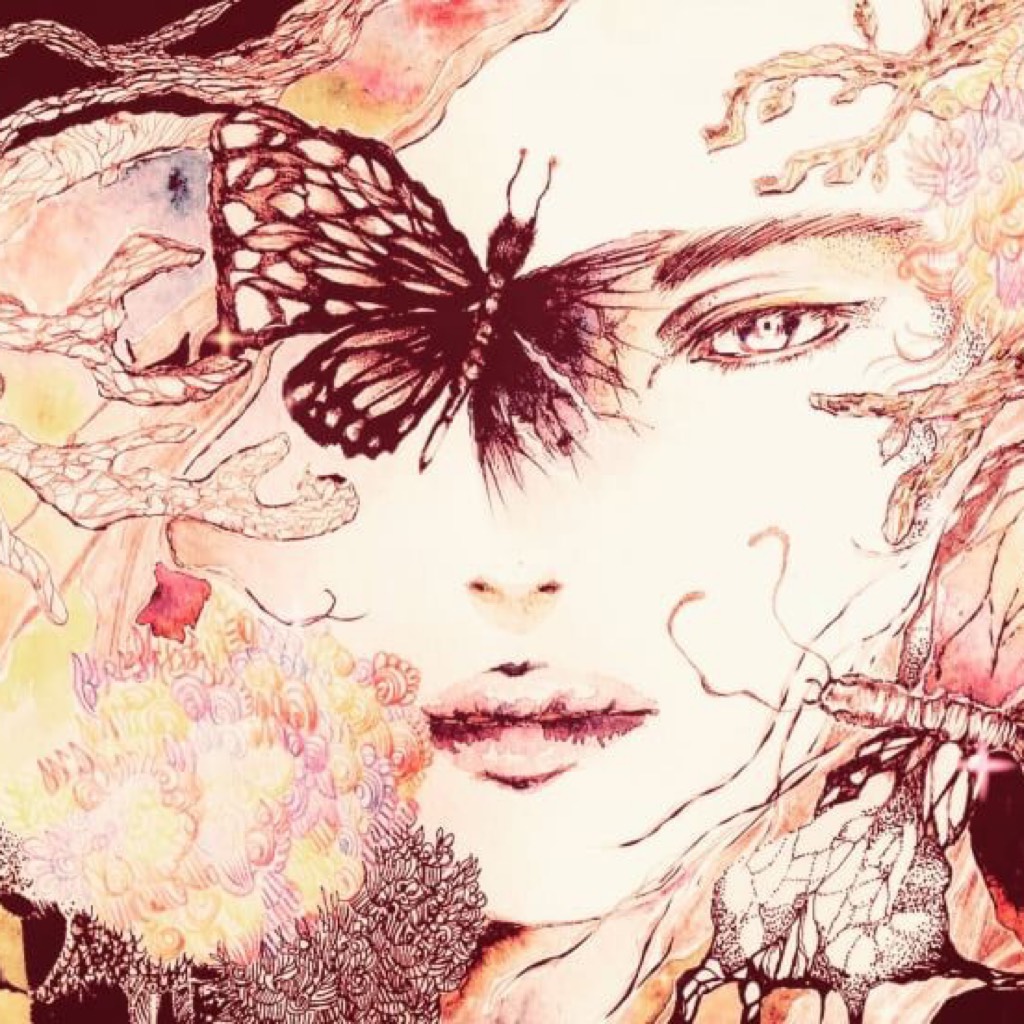 omizu Colourless green ideas sleep furiously
Autoplay OFF   •   2 years ago
Transcript Use Images
Nothing outside of the mundane will happen today. Nothing happens when the ice cream man is here.
fiction shortfictionshortstoryfiction

The Icecream Man part I

This was from a dream. It was a sultry afternoon with the sun just low enough to cast deep and long shadows on that suburban street. I had the van parked right across the line of immaculate white-walled houses with well-kept lawns in the front big enough to park three luxury cars.

This is a relatively new residential area, the walls of the houses bear not a single trace of mildew. No gates or fences run around these properties, it is a nice, family-safe neighbourhood with the parents away in town in their white-collar jobs during the day. They leave with their kids every morning and are back only just in time for dinner.

The morning’s inhabitants on this street are the handful of housekeepers and gardeners. The former mostly spend their time mulling out their grocery shopping for as long as they can with others of their trade exchanging whatever gossips and daily snippets of their employers’ lives they can update each other with.

By three in the afternoon, they will be back along with their little charges back from their school routine. This is the next liveliest period apart from the morning haste where the cars exit one by one from their garages, and that only lasted for more than a few minutes.

This is the time where the children, released from their authoritarian environment, thronged and gathered together on each other’s lawns and on the sidewalks to play and bask in the afternoon’s warm sun. Being a safe street as it is, with hardly any strangers or the errant vehicle, the housekeepers stay indoors to start their day’s cleaning and dinner preparations.

Nothing hardly happens aside from a scrapped knee every now and then with the most being a broken bone or two from the inevitable bicycle episodes. But today is slightly different and come tomorrow will break the idyllic nature of this street. For 34 Moonbeam drive is my locale today.

I am the ice cream man, and today I chose the curb under the sagging tree in full yellow bloom on 34 Moonbeam drive for my day’s routine.

I arrived just when the children had hit the peak of their play and all the gardeners are gone and all the housekeepers are deeply engaged with their packed meats and frozen beans, rolling into the drive quietly with no one noticing. There are no scheduled visits from any repairman or plumbers today; neither will there be an unexpected sprung tap or clogged pipe.

Nothing outside of the mundane will happen today. Nothing happens when the ice cream man is here.

The children are reaching exhaustion from their gleeful screams of chasing each other, jumping ropes, throwing their balls, swinging their bats and performing to their own belief circus style stunts with their bikes and skateboards. This is the moment, when they spot the cream blue van parked under the whispering laurels.

Unlike the other ice cream men, I don’t like to play that play tune jingle to announce my presence (incidentally the tune that they play, the same as that which I will play if I choose to can only be heard by children), if you let them spot you on their own, they won’t come in throngs.

I don’t like to do my business in front of a pushing mass, I don’t like to be rushed and I fear I might make a mistake when I am annoyed, for I do admit that I get annoyed easily when they whine for what they want when they are kept waiting. Although I am proud to say that I have yet to make a single mistake since ever.

right down to the secret late-night phone call Evalyn is thinking of making latter tonight while she hums over the marinating of her tandoori chicken in the marbled-tiled kitchen of house number 174. The sun has gone behind the rows of houses on their side of the street, casting hulking shadows on their own lawns,

the green carpet turned yellowish grey and as the children walk towards me, their profiles darken, drowned and erased in the technicalities of this light. But of course I don’t have to see their features to know what they look like, although I don’t need to know.

Picturing them is just a distraction really, because it can get quite boring and monotonous in my line of work sometimes. “I want a strawberry chocolate dipped cone.” A freckled face girl of nine reaches my window first. She is just tall enough to rest her chin on the counter top.

Clumps of hair had escaped from her pony tail in her play, matted down by her perspiration. A drop of sweat prickled down the side of her neck along the jugular vein but I know without having to touch her that her hands are ice cold. This is usually the case for those who are going to a make a sale with me.

“That will be fifty cents, little missy.” I give a smile before I turn around to prepare her cone. I don’t know how my smile looks; I never have the desire to look in the mirror. I only know that I look typical and safe. I don’t know what clothes I wear or am familiar with any inch of my skin because I never focus on them.

To me the physicality of myself is just like peripheral vision, passing and non-memorable. Ask me the colour of my apron and I will realise I am wearing one and looking down I will tell you it is blue but come the next moment I will have forgotten about it. Ask me again and I will repeat the same action.

So I do not know the colour of my eyes and if you tell them they are green I will believe you just as well as I will believe the next person who comes along to tell me they are blue. For they are the colour you want them to be and that will do enough.

I dip the scope of strawberry ice cream into the hot pail of chocolate, not an easy feat and I do mess up sometimes (when they rush me) but children are not big on the appearance of their treats so long as they are sickeningly sweet. “Here you go.” I beam her another smile and give her the cone. She stretches back to drop the coin in my palm and goes back to her house.

She may or may not eat her treat for I never turn my attention there because it is pointless, like checking up on your house buyer after you have gotten your commission in full. And in this profession, we don’t provide after service, but then again the children are not our customers.

What matters is that the money has passed from their hands to mine, that act is what they call it ‘did the contract’, ‘signed their name in’. Whether they eat the ice cream or not has no meaning, but because I am a perfectionist, I don’t skive on my ice creams.

They may not always look perfect but at least they are decently presentable. And may I add that for fifty cents they sure don’t come cheaper than that.

“Double chocolate.” A fair-haired boy with traces of soft blond down on the sides of his face comes up next. When he turns slightly to his side, the light brushes the plane of his face illuminating those snow-like bristles. It is quite beautiful. Another distraction.

But hey, don’t condemn me for the little enjoyments I get. Albeit it is utterly meaningless but isn’t that ultimately where truth and beauty lies? “Fifty cents, little prince.” I am not disallowed to harbour feelings for my targets. I am even allowed to weep over their passing so long as it does not disrupt the continuation of my work.

I do love the children sometimes, but only like how you would seep into the romanticism of a rainy afternoon, or the smell of fresh morning foliage, I love them but only in that moment of appreciation. Once I passed them, they are but memories, nostalgia.

The contact I have with the children is brief but if I choose to I can turn my attention to their life story, their thoughts, and their past. For those who buy ice cream from me, their present is for the moment, clasped in my hands. Their future on the other hand is not a blank page but an abrupt epilogue.

They all die of natural causes, no foul-play involved. And none of the children remember that they have met the ice cream man, not even those who didn’t buy an ice cream. However it would be suspicious if all the children in the same street passed away all once. Well to make it so that it is not so conspicuous, the death wave spreads itself out.

‘The children give the ice cream man their money and in due course’ turns the page, wait for it--- ‘they die. ---The End. ’ From an accident or some sudden undetected illness that acted up swiftly and immediately, like asthma and there is no one around to notice and to act in time.

They don’t all die on the same time. Some may even take years but always before they turn twelve. Do I follow-up to make sure that they do die? No. I just know. Incidentally, we never visit a street more than once.

A different ice cream man may set up shop on the same locale as a previous ice cream man, but the same ice cream man never turns up at the same place twice. I secretly hope to cover all corners of the world someday. That could be one of my drives.