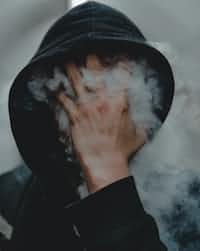 The village of Vanaheimr was set ablaze by some groups of supernatural villains known as THE BLACK HORESEMEN.

During the attack, Jake's family tried to escape, unfortunately they were caught and thrown into cages together with other villagers.

The black horsemen had the intension to conjure spirits to take the souls of their captive's member so they would be stronger, but,

their plans changed when they noticed something different in Jake's family. The leader of the horsemen went forward to confront them.

"Why do you care to know? Other villagers are here, go ahead and ask them." Jake's father answered angrily.

"Aren't you scared or what? I'm 10ft taller than you and you have the audacity to confront me," the leader bellowed. He signalled to one of his members to cage Jake's father separately.

The guard of black horsemen did as he was ordered. He took him to a different prison, meanwhile Jake's family members were screaming and asking where he kept Jake's father.

"For the last time, who the hell is this boy?" the leader asked fiercely.

He took him away from his mother while the mother continued to weep profusely. He went forward to make an announcement to the villagers of Vanaheimr.

"Villagers of Vanaheimr, I heard a lot about your village. You are blessed with good health, wisdom and other wonderful stuff, but today those enjoyment ends and my master is so happy.

On the last day he will show up and take his place in this kingdom. I'm glad to bring this offer to you. The choice is yours. Either you pick or dance to my tune.

This is it: you have to join us or we let you go," he and his members laughed hysterically. Some villagers joined them while others were taken to the place of skull (execution).

Jake's family was taken to a different place but without Jake, as he was taken away from them.

The leader and some of his members went to celebrate and dance with other villagers who had joined them. Suddenly something went wrong. A member of the black horsemen was killed.......

WATCH OUT FOR EPISODE 2.