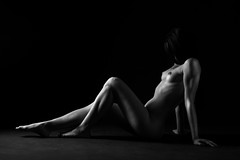 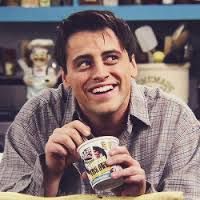 ohboyjoey Wattpad - ohboyjoey IG - taeunivxrse
Autoplay OFF   •   4 years ago
Transcript
Sasha | the story of a girl who pleases men. of a girl who is empty and shattered inside. of a girl who doesn't expect anything in return of her 'services'. a girl who has lost hope for a better life. | lowercase intended | #stopslutshaming
feelings onenightstandstopslutshamingchicklitbedwarmerfictionslutshamingyoungadultmature

❝the girl walked through the hotel hallway, and stopped at a door. and knocked. a while later, the door opened and a semi-naked man appeared and kissed her roughly before pulling her inside.❞

❝the room filled with the man's noises of pleasure, desperation and flesh against flesh. it didn't concern her feelings, for she was just a bed warmer.❞

❝at dawn, she woke up. she changed her clothes and gathering her belongings and left silently leaving the sleeping man alone in his room.❞

❝like every other night, she looked at the slip the man from the bar had given to her discreetly and continued to the mentioned location.❞

❝as she stood at the already ajar door, she studied the room in a quick glance. surprisingly neat and classy.❞

❝he beckoned her to the dining table, and watched her sturdy movements as she sat near him.❞

❝her lips touched the rim of the glass filled with fine wine, as she stared into his azure eyes.❞

❝she ran her slender slowly on his well defined face and leaned in to begin the night - to kiss him - when he took her hands in his larger ones.❞

❝he placed a gentle kiss, with his lips, on them - looking straight into her ebony eyes and spoke.❞

❝and then he smiled - genuinely - at her, leaving her confused and dazed.❞

❝he smiled sadly, and took her back to her silent apartment.❞

❝he kissed her forehead and kept his lips there for a couple for moments and said.❞

❝i have all the time in the world, Sasha. for you, i will wait.❞

❝and then he walked away before giving a soft gaze at her one last time, for the night.❞