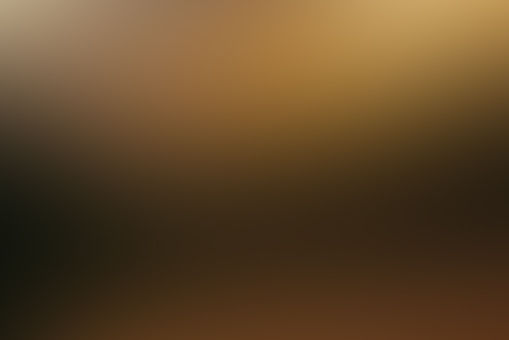 Katsuki leaned into Izuku's touch, something he doesn't get very often, and pulled him into a hug, "I love you so much," he said into izuku's hair.

"Now go sit down and let me make you some Katsudon and clean up this mess, dumbass."

"You don't have to do that-" Izuku begins just to be interrupted by Katsuki once again.

" 'I love you,' doesn't mean 'you're allowed in my kitchen,' Deku." Then Katsuki smiled.

Not a mocking smile. Not a cocky smile. Not that smirk he has on the battlefield when he comes up with a plan. A genuine friendly smile.

Something Izuku hasn't seen since before Katsuki's quirk manifested and he couldn't help but smile himself,

He went to go sit down at the counter looking into the kitchen to watch Katsuki clean up, since he didn't really know what else to do. This has never happened before.

He never had feelings for anyone other than Katsuki, so he had no real experience with relationships.

That one word triggered a whole lot of thoughts.

Were they in a relationship now? They had both admitted their feelings for eachother. 'I love you' isn't something people just throw around.

A Lot of people have entire relationships without ever uttering those words. Everything was so unclear. And they kissed! Izuku had never done that before either.

He always snuck out of the room when Mina suggested Spin the Bottle, or Truth or Dare when everyone was in the commons.

And he got away with it because he wasn't the only one who went to bed early. But now he kind of wished he had stayed once or twice. Did he do okay? Was he gross.

"What are you muttering about over there dumbass?" Katsuki growled, now in front of him at the sink washing the dishes. Izuku was too in his head to notice.

"I- " he began. "I um..." Izuku continued to stutter and stumble over his words, never getting a clear sentence out.

Katsuki finished the dishes, turned off the water and leaned on the counter, his hands braced on the edge of the sink. "Spit it out." he challenged.

And that's all it took. Izuku could never turn down a challenge. He looked Katsuki in his blood red eyes, "What is happening?"

"What do you mean." His voice was casual. There was no sign of any emotion on his face.

"Well. I mean... We said we loved each other. We kissed. Then you started cooking dinner. I'm just confused as to what's going on. You know, between us."

Katsuki eyed him carefully. "What do you want to be 'going on between us'"

That's when Izuku finally looked away from Katsuki's eyes. "I.. I don't know. I don't know how these things work."

Katsuki sighed. "They don't." and at Izuku's shocked face he walked over to stand next to him. "There's no set way to do these things. It's different for everyone.

If we just follow what everyone else does, then it won't be us."

He could tell by the look on Izuku's face that he was overthinking things. "I haven't done this before either. But I do know there's no set rules. We can move at our own pace."

Izuku didn't know what to do. He's never seen this side of him before.

"We can be boyfriends.We can be just two people who love each other. We don't have to label anything. All i want is to be with you, Izuku."

Izuku knew what he wanted. "I want to be with you too, Kacchan. I want to call you my Boyfriend."

Katsuki pulled Izuku into his arms, and held him close as he had wanted to for so long. He never wanted to let go.

"I like it when you call me Izuku." Midoriya spoke into Katsuki's shoulder.

Katsuku should feel the blood rush to his face. He just squeezed Izuku tighter and rasped, "Shut up."

"Whoa! What is going on here? Am I seeing this right? Because it looks like Bakugou has a soft side for his childhood friend!" A loud bubbly voice interrupted the moment.

The second he heard it, Katsuki was overly aware of his position. Izuku was sitting on a barstool with Katsuki standing between his legs holding him to his chest.

Izuku looked up to see Kaminari Denki standing in the entrance to the kitchen. "H-Hi Kaminari-"

"Dunceface." Katsuki said, loud and clear and low, Izuku could feel the vibrations all through his body. "I want you to turn around and walk away, right now.

You have five seconds before I kill you. If you get through the threshold before i turn around you'll live." But he didn't yell.

They listened to the hurried footsteps as Kaminari ran away.

"Everyone will know my morning." he said into Izuku's hair. "Are you okay with that. I can go and make him not tell-"

Izuku looked up at Katsuki, "It's okay. I don't care. Just stay here."

Katsuki leaned down to press their lips together in a light kiss, and everything disappeared. This is where he belonged. With his arms around Izuku, and izuku's hands on his chest. Together.

Izuku pulled away first, "I love you."

Katsuki rolled his eyes, "Dumbass." He began to move away to start cooking Izuku's katsudon, but Izuku grabbed onto his hand and pulled him back to their original position.

"That's the part i dont want. 11 years and i haven't been able to hold you like this."

Katsuki smiled, one of Izuku's new favorite sights, "Well you have to pick, because i obviously need to go into the kitchen to make Katsudon."

"Izuku." Katsuki moved his hands from Izuku's waist up to his shoulders. "I am going to cook you dinner. I will come back and cuddle you when I'm finished.

Then not only do you get me, but you also get Katsudon."