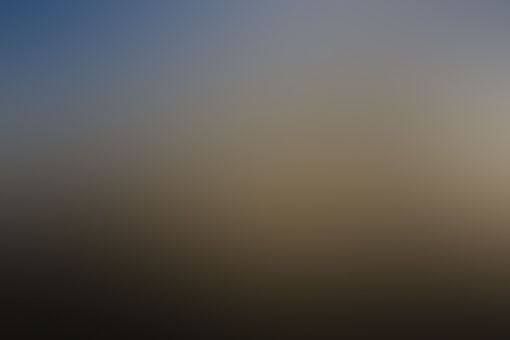 This wasn't how they said it would be. Cross them all, Rect thought to himself.

Where were the men revelling in a hard-fought victory, sharing the spoils of war, drinking and laughing at the thought of being so near to the clutches of Sylx,

and laughing in defiance in his face.

Today was not the day he would wrap his icy fingers around you, no, today was the day where we stood tall as brothers and sang aloud our joy to still be alive.

But there was no joy to be shared. There was simply the grief of worn out men relieved to not have to fight any longer.

They wept for their fallen brothers, and they drank to forget they ever existed. No, there was no glory to be had here, not for a common foot-soldier like Rect.

He realised as he stood there, surrounded by broken men, covered in blood of friend and foe alike,

still clutching the sword he had been lucky wasn't wrenched from his hand as soon as the skirmish began, that he had been lied to.

Not directly, not by anyone he trusted, but by the songs, and the stories he had been raised with.

Tales of Maltior the Vanquisher in his unbreakable deep-forged armour, and Feelan the Swift, legendary for having never taken a hit, amongst many other heroes.

He had been raised on the glory and beauty of war and never until this moment had he considered the harsh implications of so many deaths. How foolish he had been.

His breath caught in his throat and he felt a tear begin to roll down his cheek.

He suddenly realised why the Legion, on the whole, is home to the downtrodden and poor, those looking to make a name for themselves.

No man who already had enough would subject himself to this terror. So why had he?

Rect dropped to his knees and wept for his own ignorance. In the midst of battle, it had been fine. In that what they said is true, Baran, cousin of Sylx, had come to him.

He had come to them all. There was no thought in battle, there was but instinct and the desire to survive amongst all else.

Whilst Sylx fought to rip you away from the upper world, Baran did all he could so that Sylx would not be satisfied.

But at least that was preferable, he told himself. At least it was better than the clutches of the unknown.

And so, he wept, and none judged him as all who had fought understood the toll it took, and when he was done weeping, he stood and he admired the wreckage.

The once impregnable city of Agrakar was smoking, its walls riddled with holes.

In the name of the Queen they had torn it apart over the course of a week,

with Rect and his fellow men providing the final surge needed to rip the capital away from the clutches of the T'Halash once and for all.

Rect wasn't entirely sure why they had needed this city, something about birth rights for the T'Keltin royal family, but more likely it was simply about taking the land for their own.

She had been there, before the final charge, smiling in the faces of the men she sent to their deaths, speaking words that had no right to build these men to such courage,

but they did and those men charged willingly to their demise with smiles on their faces, Rect included.

But how? How had she had such an effect on those men?

Was it her beauty, or the power that emanated from her as she stood above them, clad in fine armour, blood red for her house, veined with gold for her?

Rect remembered looking at her as she spoke, and he remembered feeling he would do anything; he would die happily if it only meant he had died in her service.

What a fool he had been, she had taken his naivety, all their naivety and used it to twist them around her finger, to do as she willed.

Why did she need to take the city? Was the cause necessary to expend so many lives? Were their lives less valuable than hers?

Rect remembered in that moment, before the charge, that these thoughts had come to him, as they did now, but he had disregarded them.

Of course, it was worth it, and of course he would do anything that his Queen would ask of him. She was his Queen and he her humble servant, ready to lay down his life at a moment's whim.

But now stood in the wreckage, her wreckage, that she had caused, he seethed. He had shed his grief, and now he was angry.

Angry at his radiant Queen for sending them to their deaths, and angry at himself for trusting in her, and believing in the idea of heroes.

There were no heroes to be found in battle, simply those who had died, and those who wished they had died as well so as not to live in the broken world afterwards.

Cross them all, and Cross her especially Rect thought to himself as he picked up his sword, placed it back in its sheath and turned his back to the city walls.