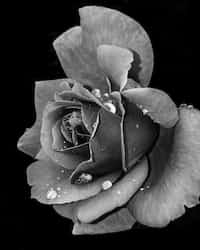 notexactlyhuman I stole Fionn's PBJ sandwich 😏🥪
Autoplay OFF   •   2 months ago
Transcript Use Images
Hester is in her second year at Hogwarts and is super excited that her sister will be joining in first year.
fanfiction harry potterfan ficfanficwhat other tags does dis need?enjoy fan fic fanfiction

Before we start with the story, I'd just like to make a few notes. All the images here don't belong to me- I just got them off of Google. And we all know who wrote Harry Potter so I doubt I need to say that. However, the following characters belong to me-

Thank you for understanding. Enjoy the story!!! Luanna :)

Hester's POV "I'm super nervous, Het," my younger sister, Clover, whispers to me, tugging at my arm. Right now, we're standing on Platform 9 and 3/4, about to board the Hogwarts Express. I always get that thrilled, tingling feeling in my stomach whenever I see the mighty locomotive.

"There's nothing to worry about, Clover," I reassure her, gently prying her fingers off me. It's Clover's first year at Hogwarts and my second. I feel a slight pang of empathy towards my sister. I know what it's like to get on that train for the very first time. The train whistle blows and I grab my sister's hand. "Come on." I pull her into the train.

There are no empty compartments. I consider sitting in the one with that Harry Potter guy but then I think it might be overwhelming for Clover to sit in the same compartment as one of the most famous wizards. Harry and his two Gryffindor friends, Ron Weasley and Hermione Granger, are in the same year as me. Sometimes we exchange a few words but not often.

Sometimes Hermione and I swap book recommendations. Eventually we find an almost empty compartment with just a girl in it. She has long blonde hair down to her waist and is reading a copy of the Quibbler. "Hi, can we sit here?" I ask politely. The girl looks up and smiles softly. "Of course."

"I'm Hester Blackthorne," I say as Clover and I sit down. "This is my sister, Clover." "I'm Luna Lovegood." The girl turns her head towards Clover. "It's my first year here too." I'm surprised Luna can tell it's Clover's first year at Hogwarts but I don't say anything.

I hear a soft 'meow' and watch as a silky black cat jumps onto my lap. "This is Oswin, my cat," I tell Luna. "She likes being called Winnie, though." "She's beautiful," says Luna, gazing at my cat. It's true. I've never seen a cat as stunning as Winnie. Her inky black fur is as silky as a satin pillow and her eyes are strange indigo colour; like the starry night sky.

"I have a snake," Clover pipes up. She shrugs off her jacket, revealing an emerald snake wrapped round her neck. Her eyes are like golden jewels. "Her name is Wadjet, named after the Egyptian goddess of snakes."

We all soon fall silent; Luna engrossed in her copy of the Quibbler, Clover seemingly muttering to Wadjet (she's always been strange that way), and me gazing out the window at the magnificent scenery ahead.