Commaful
The Clock Series: 2 The Stop-Watch 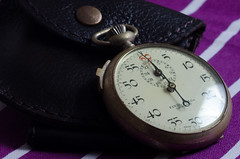 notashley Y o U r F u t U r E A u t h O r
Autoplay OFF   •   4 years ago
Transcript Use Images
The second book in THE CLOCK SERIES.
fiction seriesrealityclockslifetime

The Clock Series: 2 The Stop-Watch

The teacher held the stopwatch up. "Everyone drop your pen or pencil."

The students groaned and dropped their writing utensils. They waited patiently as the teacher went around and collected their completed or uncompleted tests.

However, they never saw the man standing in the far corner.

He stood, a foot leaning on the wall, knee out. His face was covered with a wide smirk. The man seemed young. However, do not underestimate his age.

The students in front of the man were tired.

They had studied late into the night for these tests. One would feel bad for them and cheer them up but alas, they had three more to take.

Suddenly, a student turned and met the eyes of the man.

The student gasped but the man knew she couldn't see him. She could feel a presence but she could not see him.

Judging by her eyes, the man could tell.

The man saw that one of her family member's time was almost up. The stopwatch just needed someone to press the button.

"Stopwatches are fragile. One drop and time could stop, destroying the stopwatches' life.

One tiny press of the stop button can stop time, destroying someone's life."

The man did not want to. But it was his job.

another long beep in the hospital was heard.