Commaful
The Truest Most Tainted Love 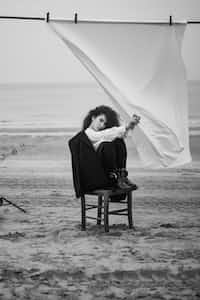 noobsternoober Just a weirdo doing weird things
Autoplay OFF   •   3 months ago
Transcript Use Images
I knew I shouldn’t have been happy that he caught me. I knew that it was selfish of me to still expect him too. Yet despite this all, I was thankful. I was thankful that even though he was hurt and angry, he still caught me.
romance heart breakheartbreakhurt-hurtpaincheatinglovecaringangerforgiveness saddest caring storiesmost romantic hate stories

The Truest Most Tainted Love

"You've got five seconds, so you better start explaining." He spoke, deep voice latching onto my fears.

I gasped, jerking away from lips that weren't his. My stomach instantly filled with dread. I shoved on a chest which also wasn't his, urging the stranger to get off.

I felt sick, but I also knew I had much more to worry about than my own feelings.

After the man whose name I didn't know left I sat up, holding the sheet to my chest timidly.

I looked up at him and not only did I see his anger but I saw the way he clenched his fist at his sides if only to contain the pool of rage that had formed inside him.

The pool that, deep beneath its surface

Contained a sorrowful remorse. Which made him feel as if he deserved only pain, but I instinctively shoved the man hovering over me.

"How about ten?" I spoke, trying my hardest to cover my fear with confidence. I just kept repeating that if I treated it like an everyday conversation, then he would too.

My husband's framel hovered in the doorway, his tall and muscular form filling it leaving no room for an escape.

He narrowed his eyes, gaze not wavering from my own. "Four." He spoke sternly in response to my question and my chest began to ache.

"Okay, okay, five." I tried to hide my fear of losing him with a nervous laugh. A laugh that he could easily see through, which only infuriated him further.

"Three." He spoke as I struggled breathe in and out slowly, ignoring how sporadically my body was trembling.

My heart hurt and felt trapped, igniting the worst kind of claustrophobia within my chest. I had to focus all of my energy on remembering how to breathe, which left no energy to speak.

He knew it too, he knew exactly how unstable I got. I could tell by the expectant gaze he held, the way he refused to show any emotions whatsoever.

Just the mere chance of him denying the true me, was enough to make me break out into a cold sweat. The thought of him leaving, the thought of being alone, all of it terrified me.

It made me unable to talk; So I just looked up at him desperately searching for some kind of reassurance.

That is until I couldn't hold in the panic anymore and started to tear up. "p-please?" Was all I managed to force through my constricting throat, looking up at him with pleading eyes.

"One." He spoke sternly and it was all I could do not to collapse onto the floor.

I whimpered quietly, hands trembling as I looked to the ground, no longer able to look at the judgement in his eyes. "I-I j-just.. I-it j-just..

" I couldn't talk, it was as if my throat was swollen shut.

I glanced over to the bed, the crumbled sheets seeming to scream out in agony. I had tainted what was once our safe place, and deep down I knew that there was no excuse good enough for that.

No excuse which could even come close to the crime I had committed; I had just broken my lover's heart.

Although he seemed to still be listening, even though my time was up. "I wasn't- I didn't mean to..." I spoke quietly feeling winded.

My chest burned, only adding to the overwhelming panic I felt inside. I couldn't breathe. It felt like I was suffocating on my own pulse; on my own thoughts.

I widened my eyes, and for a split second I thought I saw worry flash across his face before he quickly covered it up.

His hand, previously clenched into a fist, was now tapping rapidly to a beat only he could hear. I used to tell him he should learn how to play the piano...

"I-I-I" I tried to speak, tried to force the words from my lips, only nothing came out. The pain in my chest was amplifying, and suddenly it hurt to stand.

I looked up at his eyes, suddenly filled with panic for a whole different reason. My hand flew to my bare chest, grasping at my heart.

I couldn't see anything straight, nor could I think straight. All I could think about was the pain in my chest.

I was vaguely aware of my legs giving out, yet I didn't feel the impact of the floor shattering what little remained intact within myself.

Instead I was welcomed by the strong and familiar arms of my husband.

I knew I shouldn't have been happy that he caught me. I knew that it was selfish of me to still expect him too. Yet despite this all, I was thankful.

I was thankful that even though he was hurt and angry, he still caught me.

He slowly rocked me back and forth, gently slipping my clothes onto my back.

Humming a soft lullaby before gently picking me up, one arm supporting my neck, and the other resting firmly at the crook of my knees.

He sat on our bed, the bed I had tainted with self-loathing, and gently rocked me. Holding me tightly in his arms, until I drifted off to sleep.