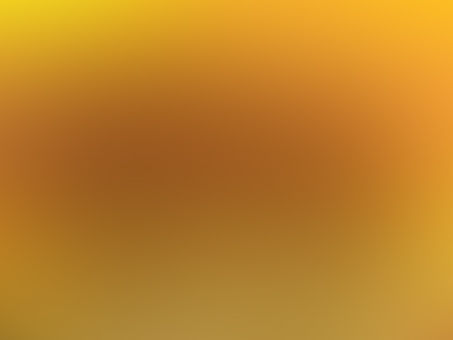 night_king Community member
Autoplay OFF   •   2 years ago
Transcript Use Images
He sobbed. He sobbed with his head buried in her red hair. Her body was cold, white as chalk. Her eyes were wide but emotionless. He closed her eyelids. Because he couldn't bear them. Yes, he was sad when he got the news when she got married, had a baby. He wanted her to be his.
fanfiction snapeseverusocremusalbusdumbledoreslytherinharrypotterromance most romantic remus fanfictionsnape fanfictionfunniest harry fanfictiondumbledore fanfictionmost romantic oc fanfiction

He sobbed. He sobbed with his head buried in her red hair. Her body was cold, white as chalk. Her eyes were wide but emotionless. He closed her eyelids. Because he couldn't bear them.

Yes, he was sad when he got the news when she got married, had a baby. He wanted her to be his.

But here she was, in flesh and bones but her soul gone.

His life was now meaningless. He felt useless. He couldn't protect her. From the dark lord. From his fellow death eaters. From the prophecy that he conveyed to the Dark Lord.

He had told the headmaster they'd attack. He broke his trust.But right now, Severus was far away from feeling betrayal.

He wasn't able to feel anything than immense loss, pain, regret and grief. He was lost, as his Lily was dead, due to his deeds.His love of life was now dead, his life lost its meaning.

Fresh bream of tears fell from his eyes.

He wanted her to respond, anything even a slap but deep down he knew it would never happen. He wanted her. He needed her, to live to breathe but she was gone.

And it was his fault, he thought, partially or fully.

When destiny turned around and saw a Kuekuatseu was howling for his lover, for the moon, as he could never see her, touch her or feel her again. And that Kuekuatseu was Snape.

"You called me, professor?" the werewolf asked while his three-years niece slept in his arms.

"Is that Sigyn?" asked the old man, his gaze softened with affection. "Yes, she is. My niece." Werewolf responded with a small smile of pride. Both of them looked at her sleeping innocent form.

She was not supposed to be with him right now, there were only 3 days for the full moon. But there was no option.

And much to his surprise, his wolf wasn't trying to hurt her, but it was trying to protect her. He was fascinated. Dumbledore saw Sigyn too.

She was going to change the future, he knew for sure but he couldn't decide if it was a positive change or the negative one. He saw how much Remus loved her as if she was his daughter.

He smiled at the relation Sigyn developed with the werewolf.

"James and Lily are dead, Remus". The old man said after the minutes of silence.

Gone. His best friends, in one night.His best mate who always helped him, financially, emotionally. And even physically at the full moons by being Animagus. And Lily.

The kind friend who didn't judge him for being a werewolf. Parents of the beautiful child, Harry. But how this was possible? They were going into hiding somewhere where even he wasn't informed.

Dumbledore personally was going to assure their safety.

"H-How?" he managed to ask shakily. "Sirius betrayed them. He told their hiding location and killed Peter." Professor replied calmly.

The werewolf was shocked beyond infinity. Sirius pbetrayed James and Lily! But he was always loyal. He hated death eaters more than them. He hated his family.

Why he did that? Was he forced to do so? Or what he did until now was a lie? Did he pretend to the lion which was a serpent in disguise? And he killed Pete? Why? Peter was so innocent and weak.

Why? His friend's death. Two by Voldemort. One betrayed two of them and killed the other. His first cousin, Hank was killed, leaving his daughter, Sigyn orphan.

What was he supposed to do? And what about Sigyn and Harry? Sigyn wasn't safe with him. he was a bloody werewolf.

"What about Harry, Albus?" he asked with worry."He'd live with Petunia and her husband," Dumbledore stated. At first, he didn't remember who Petunia was. And when he did, he was furious.

"Albus, trust me, in my life I have seen many muggles, they are just worst. Petunia hates lily.

Then why would she take care of the son of the woman she hates the most? She wouldn't take care of Harry. She would-" he continued but the old man raised his hand indicating the werewolf to stop.

"I know what I am doing, Remus. Yes, she might have hated lily, but she was; Afterall, her sister.

She cannot hate her sister so much that she won't be sad after hearing about her death and not taking her orphan nephew under her shelter.

Remus sighed. "Fine, Albus. After all, I cannot have a say over where Harry should stay." He said resignation and wariness in his voice.

Albus offered him a small smile. Sigyn suddenly started to cry and Remus tried to soothe her. She didn't take a long time to sleep though.

His brows were knitted, indicating that something was bothering him immensely.

"What is it, Remus?" Albus asked after some time. "What you are talking about, Albus?" Remus asked, pretending unawareness about what Albus was talking.

"Are you worried over Sigyn?" Albus asked, guessing what can bother the werewolf this much than the future of Harry and his best-friends' deaths and betrayals.

This time Remus though, he felt like he should share his worry with the headmaster, not for anyone else, not even for himself, but for his niece, for Sigyn.

"Yes, Albus. What am I going to do for her? She isn't safe with me. I need to find some arrangement for her but how? I want to raise her, Albus, just like my daughter, but I am a werewolf.

And I cannot put her in danger for some of my foolish wishes." He finally said, his eyebrows creasing more and more and his lips turning downwards, forming a frown.

Albus was thoughtful and silent. Remus was right.

Sigyn needed parents. And even if Remus wanted to raise her, being a werewolf was a hazard.

Sigyn needed parents and family. She needed to be taken care of. He had gone through several options for some time.

"I think I know the solution, Remus. I know a family."

He said with his signature smile and Remus too smiled, looking at his niece.