Commaful
How but not necessarily why…… 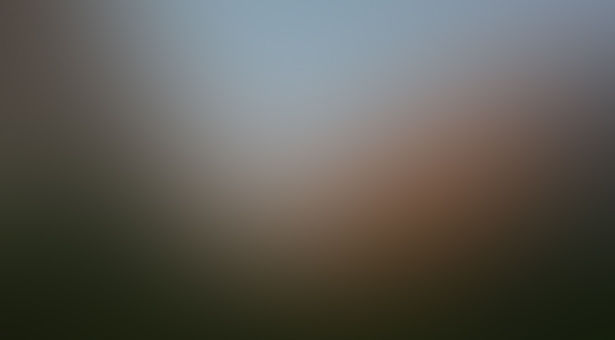 nigeyyfarron Community member
Autoplay OFF   •   2 years ago
Transcript Use Images
"I do not know with what weapons world war III will be fought, but world war IV will be fought with sticks and stones" ~ Albert Einstein It rang out months ago now, the news everyone had dreaded, it was the Russians that struck first, an attack on the little known state of Liechtenstein, an outright awful attack,
fiction shortstorytragedy

How but not necessarily why……

It rang out months ago now, the news everyone had dreaded, it was the Russians that struck first, an attack on the little known state of Liechtenstein, an outright awful attack,

and one which was completely unexpected and unprovoked.

The response came as quickly as the destruction itself, first France, then Germany, the UK and USA following quickly behind, all declaring war on Russia,

naturally Russia itself had its supporters, though considering the attack on the tiny nation that started it, their supporters were very much few and far between.

Since then there has been nothing but pain, death, hunger and strife, the only sound we hear now is the sirens and gunfire.

Television broadcast no longer even play news reports on the proceedings of the battles,

they have advanced to the point were going to a studio to announce the news would be akin to a death sentence in itself, now all we have left is our hopes and prayers,

and even they are running low.

chaos is the order of the day, where all forms of food and drink are that coveted that I have seen the darkest of all of humanity's desires for survival play out.

Seeing a child attack and kill an old woman over a loaf of bread,

seeing a mother choose between which of her children she can manage to carry to safety and which she must leave to their own devices, would in my earlier days have both shocked and appalled me,

today however, a casual "oh well", is all I can muster in response.

My own trauma may be why I'm so casual in my acceptance of the death that seems to permeate every aspect of the city, we had almost made it to the bunker we had set up to avoid this, well,

maybe wait it out is more accurate, we made it from the house, ran to the bunker, and, as I opened it a shot rang out, a shot that changed everything,

I turned around to see the blood dripping from my little girl's mouth, my wife's face twisted in anguish, and endure that moment for what seemed like an eternity.

Almost on instinct, I grabbed my daughter, my wife and ran into the bunker, slamming it behind and locking it.

It took a long time for my daughter to finally enter her eternal slumber, though, maybe it felt longer to me than when it truly did, we had no clock in the bunker,

maybe I should have put one in, but at the same time maybe knowing how long we endured that horror would have been worse than not knowing at all.

It was shortly after this that I became alone, having witnessed our daughter's fate, my wife became depressed, a natural response to what she had to endure maybe, but the next was not.

I awoke one morning to find her limp, lifeless, an empty bottle beside her, and a note.

"Sorry Jason, I need to be with Rebecca, she can't be alone

"Sir, we have everything prepared for the final assault, all we need is confirmation from the top brass, can you confirm the declaration by the commanders.

" it was a sense that was sent out from multiple sources, all at once, signaling the worst was about to come.

This time however it was the USA that was the first to strike, clearly ignoring anything that could have been learned in 1945,

they pressed the big red button that should have never been pressed, though, they weren't alone, Russia, China, France and Pakistan pressed their buttons too,

I am reaching the end of my own existence, the day when I can no longer watch over my little creation, my glorious little experiment to see if I could create and maintain a beautiful world,

one of unprecedented grace and soul.

But I knew my own time was also limited, so I created it with an inevitable kill switch, there was no telling when or why the world I created would become a lifeless husk,

but I knew putting ever developing and progressive organisms into a closed environment, along with a distinct and pressuring need to survive, was my greatest accomplishment.

I watched them create a world that I could never have seen coming, a beautiful world that enveloped and improved upon the beauty that even I could give them.

I watched many of my creatures come and go, and as each one left never to be seen again, a small tear left my cheek, I lamented their demise, but I knew it was necessary,

I would have never been able to die in peace knowing there was still some of my creations living without me to mitigate their lives, they'd struggle more without me.

I knew when they came that they would be the creations of mine to finally play out my own personal needs,

it would be the creatures that named themselves humans that would eventually destroy not only themselves, but every other organism that I created, I gave them life,

through what they deemed evolution, but they, they have finally given me what I needed, they worshiped me like no other organism I created, venerated me even, but most importantly,

"non-violence leads to the highest ethics, which is the goal of all

evolution. Until we stop harming all other living beings, we are still