Commaful
My Sort of Superhero story? 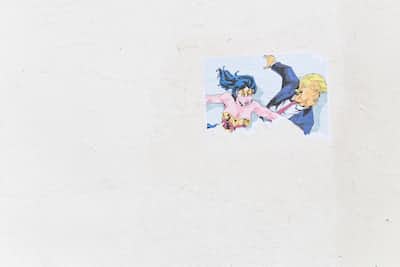 nicolesol Community member
Autoplay OFF   •   4 years ago
Transcript Use Images
A part 1 of a sort of superhero story. Just so you know, this has no definite ending and it meant to plunge you head first into the beginning of the story.
funny shortstorybash17superherohumorfunny funniest superhero stories

My Sort of Superhero story?

“PREPARE TO BE DESTROYED MR. TORTILLA!” God, I hate it when people use my last name. “It’s Tortorelli,” I say through gritted teeth. . Why do people always say tortilla?

Sure, I may come from an Italian family, but who in their minds would actually think someone’s last name is fucking, “tortilla”?

I couldn’t care less about football but Rita said she was going so of course I went hoping things would go as I planned. They did. By the end of the game we were making out around the bathrooms

Then I felt the ground shake under me. I was sure it was an earthquake. I mean the ground shook so hard that I couldn’t even stand on my two feet. I fell and tried to wait it out.

Suddenly a bright blue light shot up from the ground. Holy hell it was bright. Everything turned blue and I got a sharp pain in my stomach. It seemed to last forever. Everything was blue.

Suddenly the blue light receded back into the earth and everything was back to normal. You can imagine how freaked out I was when I got home and realized it hadn’t happened to anyone else.

There was no news about the earthquake. My whole family hadn't even noticed it. They looked at me as if I were crazy. But now I know it hadn't been because I was going crazy. Because...

A week later my powers appeared.

I mean, let's be honest. When FUCKING BLUE LIGHT SHOOTS FROM THE FUCKING EARTH AND YOU GET POWERS A WEEK LATER THERE HAS TO BE A CONNECTION. C'mon, have you ever seen any superhero movie?

Second, the disappearances. One girl went missing. There was a lot of talk about it, like the fake crying and stuff where they say they can’t believe she’s gone, while the week before they had

called her a slut. You know, typical high school. But then another girl went missing and then a few weeks later a freshman kid went missing too. It was weird. It felt like we were being hunted.

As if we were being picked out one by one. But I had been a little pre-occupied by my search for others like me. I couldn’t have been the only person there that night at the football game.

If I was right, then those who were there might be going through similar changes that weren't necessarily puberty-related. But I found out that my search was closely tied to the disappearances.

I began to search for the kidnapper. He was hunting down particular people. I found that all of the victims were at the football game... and possibly had been through the same thing as me.

Unfortunately I happened to find out who the culprit was along the way. I had been rushing to the cafeteria to warn someone, anyone. I had found out who that kidnapper was... It was the janitor.

I don't mean to interrupt the rising action of this story but I mean... the janitor? That's so cliche. That's the like the butler/murder version of high school. Anyways...let's keep going

I rush to the cafeteria but apparently I am too late, seeing that Hulk-on-Steroids janitor was fully-morphed in the middle of the cafeteria with everyone watching. Needless to say...

Everyone is terrified. He looks straight at me, points at me (cliche?) and yells, "PREPARE TO BE DESTROYED MR. TORTILLA!” Apparently I was his next intended victim.

This guy is huge, as in “so-huge-I-can’t-possibly-defeat-him-and-I’m-completely-screwed." He is over ten feet tall and not only that, but he’s glowing. Yeah, as in radioactive-glowing.

And it didn’t help that his voice was like the freaking girl from the exorcist times ten. He even got my last name wrong. What a dick. This is utterly fan-fucking-tastic

After correcting him he yells, "“Nevertheless, Connor, IT IS TIME FOR YOU TO DIE!” I gear myself up. . I feel power flow through me but I don’t think it’s enough to beat this guy.

I used to think my powers were developing pretty nicely. Now not so much. I mean, I can teleport a few feet but that’s it. "CHOOSE YOUR ALLY!" He bellows. “My ally?” This is new.

I get to choose an ally… Ok sweet, I guess I can work with that. I scan the cafeteria looking for anyone who can help me. Where’s the stereotypical large tough fat kid when you need him?

“YOU TOOK TO LONG, I WILL CHOOSE FOR YOU!”

“Dude, you only gave me, like, two seconds-“ “IT DOESN’T MATTER YOU TOOK TO LONG! I WILL CHOOSE!”

I want to complain but before I can he points to someone behind me. I turn around and there’s this ginger kid with glasses and a crap-load of freckles on his face. He's built like a twizzler.

“HIM!” Steroids Hulk bellows. Of course. I get stuck with the nerd who’s probably never thrown a punch before in his life.

The kid stumbles out of his seat trying to get away from the scene in which he’s been forced into. As he falls out of the chair something falls from his hands.

At first I think it’s a deck of cards. But when I look closer I see they’re…yugio cards.

Are you fucking kidding me...? I'm screwed. TO BE CONTINUED