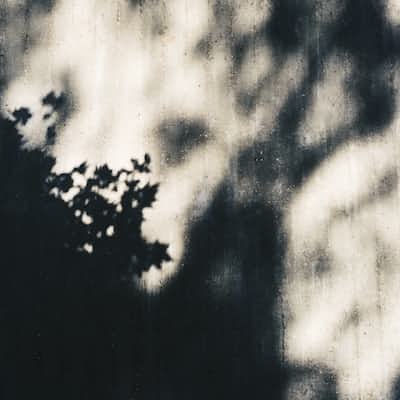 nicolesol Community member
Autoplay OFF   •   4 years ago
Transcript Use Images
Julie is seeing and feeling weird things, worrying that something unnatural is growing inside of her.
thriller shortstorybash17demonshorrorpossession scariest possession stories

Julie had been experiencing things; strange things; abnormal things. She couldn’t sleep and everywhere she went she could feel a dark presence following her.

Each night she would hear whispers. But they were distant, as if the whispers were coming from inside the walls. They enveloped her and they wouldn't go away.

But the shadows were silent. They wouldn't go away either.

Her skin became paler and she constantly felt on edge and afraid. It almost felt as if something was following her every foot step, or as if she was being constantly watched.

But by the time she had dragged her father to see it the blood stain wasn’t there. Julie also noticed how things weren’t as she had left them. She would close the door...

And when she came back a second later it was open. She would turn the light on and when she looked back at the room it was completely dark inside.

In the night she could hear a rustling sound from downstairs. Sometimes she heard the clank of dishes. Once she heard a plate break but the next morning everything was fine. No broken plate.

When Julie would look in mirrors she sometimes thought she had seen a black figure lurking in the corner. But it would disappear the next second.

Other times she would awaken with scratch marks and no idea how she had gotten them. Once she had even woken up and her face was covered in blood. Her parents had said she had had a nose bleed.

But she could not taste blood in her throat. Julie couldn’t take it any longer. She was terrified. She worried something was inside of her, something unnatural.

Julie was sitting in her kitchen watching her mother prepare lunch for the two of them. “Mom… can I tell you something?” She asked as her mother was cutting up vegetables. “Sure sweetie."

If there was something that could help her then she should get it as early as possible.“I’ve seen things… weird things,” Julie confessed. “Like what?” Her mother asked as she minced vegetables.

Abruptly, Julie told her mother everything; all the strange coincidences and events that had been haunting her. Julie looked down at her lap.

She could no longer hear her mother mincing and she was relieved that her mother was finally listening intently. But when she looked up at her mother a change had come over her.

She had become pallid and the veins on her face darker than normal. Her hand was white as it grasped the knife in her hands. Her body shook slightly.

Without warning Julie’s mother lunged at her with inhuman agility and pinned her to the floor. Julie screamed and looked up into the face of her mother. But it wasn’t her mother anymore.

Her eyes were a sickly yellow and they were bloodshot. Her mother's shirt sleeve had slid up and Julie saw a long jagged gash across her forearm...the blood. On the carpet... on her face.

She screamed her mother’s name. "Not anymore," her mother growled in a deep, guttural voice that wasn’t her own. Her mother took the knife she had been previously using and tried to stab Julie.

But Julie grabbed her hands and kept the knife away. It was inches above her chest and Julie was using all of her strength to keep it that way. “Mother, please!” She begged.

But the only reply was, “Not anymore." Julie could feel hot tears rolling down her face onto the floor below. Her sobs threatened her strength to hold the knife above her chest. She begged.

She cried. Her heart raced, as if itself understood its fate hovering only centimeters above it. Then the knife slid into Julie’s chest and she screamed in agony.

Her mother stabbed her repeatedly in any place she could easily reach. By the time she was done Julie had been dead a while, the floor flooded with blood and Julie lay in the center of it all

But by the time the father arrived home the blood and Julie were gone replaced by a delicious chicken soup that awaited him on the kitchen table. And his wife who opened the door to greet him.