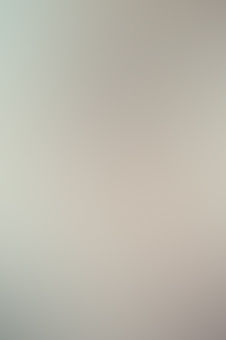 A story were one girl wish for a non-mundane life turns into a nightmare. Having to juggle school life, "family" problems and an evil, manipulative, curious demon, while not being killed by everyday "freak accidents", Norine struggles to stay sane and not give in. Give in to what? She doesn't even know that herself. She just needs to stay alive, and try to get rid of Norm.
romance hauntingincestfemaleromancehigh schoolnormevil toybrother and sisterhighschoolspooky most romantic incest storiesmost romantic paranormal storiessaddest spooky storiesscariest haunting storiesmost romantic female stories

Norine launched herself up in to a sitting position. She was breathing heavily and was sweating from her nightmare. 'Was it just a dream?' she pondered while her pounding heart settled.

She placed her hand over her chest in an effort to steady it and noticed something off. She had an IV sticking out of her arm, Norine recoiled a little at the sight of it.

Looking down, Norine realized that she was wrapped up in cotton linin and was wearing a thin hospital gown.

Shaking off the last be of disorientation her dream had left her with, she looked around her room and it dawned on her.

She didn't dream she got hit by a car.

She really did get hit by one.

Norine bit her lip. It was a bad nervous habit she had, but it helped her think. What was she doing before she got hit by that car...

All she could remember was someone whispering in her ear, "Thank you for your purchase." What did she buy, again? Why was she in the street? Where was she even? Norine's head throbbed.

She groaned in pain. Suddenly, the lights flickered on, blinding her for a few moments. Norine looked around the room. The walls were a sterile white and the air smelled like disinfectant.

At her bed side, were so many cards, gifts, bears and care packages? There were a few flowers, too. Norine looked back to the nurse with concern and confusion in her eyes.

"You're awake." Said her female nurse with Norine's chart under her arm.

Norine licked her dry lips. Her voice came out hoarse, "H-How long was I asleep?"

The nurse briefly looked over Norine's chart before answering her question, "About a month. I'm surprised you're up the doctor said that you may have suffered some brain damage.

I'll go call your family, they've been so worried."

Norine's stomach dropped. A month... She's been gone for almost a whole month... Opened then closed her mouth, she was unsure what to say.

She pondered what to ask next as the nurse continued to look through Norine's paper work.

"Visiting hours will start around twelve. So..." She looked at her wrist watch. "In little under an hour."

"Will I get to see them today?" Norine softly inquired. It hurt to talk. Her throat felt like she tried to up chuck a porcupine. It was sore and she wondered why she didn't take notice before.

"We'll see, dear. I'll go get the doctor. Can I do anything else to make you more comfortable before I leave? Maybe you would like that toy you had with you? You wouldn't let go of it when you were getting prep for surgery."

A brief flash of an odd cat doll sitting in a wicker basket crossed her mind. Norine's head felt like it was splitting in two.

The toy wasn't really her main concern right now, so she pushed aside the mental image and focused on the more important thing the nurse said.

"Surgery? What surgery?" inquired Norine. She winced at the use of her voice.

"Hm... let me see." The nurse lifted the first paper. "Five broken ribs, a punctured lung, sprained left wrist and a serious blow to your head.

You lost a considerable amount of blood and throughout the surgery, the revived you twice. Since then you have been in a coma."

Norine went silent. The nurse stood there wondering if what the information she told Norine was too much to handle. The teenager looked distraught and shocked.

Her face was as white as a sheet and she was mutating her lower lip. Just as the nurse was about to ask if she was ok, Norine fell backwards on the bed and let out a defeated whimper.

"I missed so much school..." She cried in anguish. The nurse did know whether to be relieved that her patient was ok or annoyed that she was about two seconds away from calling someone.

The nurse just sighed and made her way out of the room.

"I'll get that stuffed animal then."

A Short While Later

Norine fiddled with the stuffed cat's ears and stubby paws. The doctor said that they needed to have her stay over for the night, so that they could monitor her.

He also removed the needle in her arm and the nurse contacted her father. The happiness and relief in her dad's tone made her miss him all the more and made the wait seem much longer.

It was around three right now. Her dad and Pam wouldn't be off work until around six. Norine feeled down on the bed and held the stuff animal above her.

It was so strange that she couldn't remember where she got it. It was a really cute toy she would admit that, but it was also a bit creepy.

A couple times while she inspected it Norine swore she felt it shift in her hands. At first, she just wrote it off as lingering side effects of the coma, but...

Her gut was telling her something different.

Norine gave a low hum, sat up and set the toy on her nightstand.

She turned forward to face the foot of the bed and just stared at all the letters from some of her classmates,

Nancy seemed to often send over girly things, such as the cute little bear that was all patched up with a small get-well balloon,

and she also sent letters updating her about all the school gossip. It was weird how the girl went from hating her guts to aiming to be her newest BFF without an apology even.

Drew Long also sent a card or two. When she was in the coma he had apparently left her a joke book. A flower was given to her every week from Anthony with really nice card.

Norine wasn't native thought. She knew when she got back to school these people would be acting the same and playing the same games.

You had to keep a good mask on if you wanted to survive in Buckshot High. Sadie seemed to often come and drop by with cards from the students and teachers.

Norine was practically swimming in the cards everyone sent. She wondered why no one came up with the brilliant plan to have everyone sign one card.

Norine found it somewhat funny how much and quick people apologize when they realize they might not have another chance to do so. It was so...

Such a normal response...