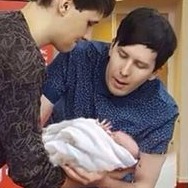 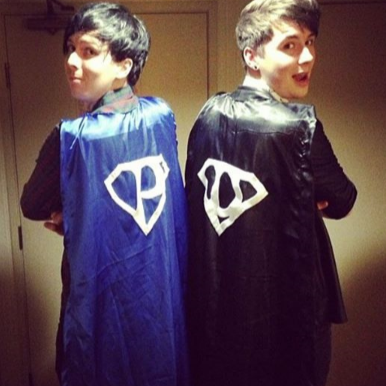 Babysitting - a Dan and Phil A/U

Phil absolutely hated it when his parents had to baby sit his little next door neighbor. Daniel was 4 years-old and would never leave him alone.

Phil, being almost 14, despised the responsibility of having to care for a small child running around recklessly; mauling, touching and breaking anything left in his way.

Today was no exception, the brown haired boy had charged in with his mop of curly brown hair and had gotten straight down to business making the older boys life difficult.

"What's that?" the younger boy made a grab for a potted-plant balanced precariously on the edge of a desk; only caught seconds before an accident occurred.

"Want play Superheroes!" the younger demanded, wrapping a tea-towel around his neck and running through the hallways.

It was the same every time that they babysat him; but the worst thing by far was Daniel's bedtime.

He had a very specific routine which he followed religiously and to differ even slightly from the schedule was to cause uproar.

"I brush my teeth THEN get changed!" "NOO! I need to go to toilet FIRST!"

"I don't want to go home! Can I come back and play tomorrow? Please???"

Because Phil knew that even though Dan was a pain to look after, Dan loved him like a brother.