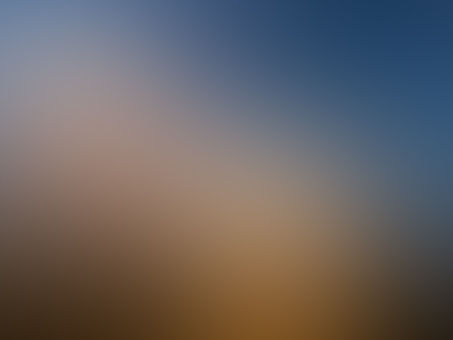 I have made use of the prompt to try and depict what being a depressed mind may feel like. Also I am a beginner to writing, so any suggestions are highly welcome. Hope you enjoy the read! :)
feelings #depression#limbo#fiction#drama#writer#writing#feelings#emotions#beginner#sad#prompts

Herold is dutch for a fighter.

“I can’t do this anymore,” he blurted as he proceeded to force down a handful of antidepressants or, happy pills as he liked to call them.

Herold was on the verge of another breakdown. Nobody was home.

“Do I really have to keep doing this?” he held his head in frustration. “I died a long time ago.

“Being in my head feels like I’m stuck in limbo. Like I’m walking a thin line. I must choose one side and end all my miseries.” He sat down on the floor, leaning against the wall, staring at the hallway with blank and empty eyes. He was going through a lot of inexplicable emotions.

At the end of the hallway, he saw a young boy moving towards him. The young boy had unusually sparkling blue eyes. He had an exuberant vibe and a charismatic smile. He resembled Herold when he was about six years old.

“Hello, Herold,” the young boy’s bubbliness now turning into a serious and cold expression, “I am your happy self, Herold whom you killed years ago.

Herold was sat down in deep despair and what seemed like an emptiness engulfing his soul. He couldn’t help but yell in frustration. His breath stuttered and his eyes turned red.

Through his blurry eyes, he saw a tall and lean figure walking towards him. He had beautiful features but a prominently visible sadness in his expression. He looked pale and had deep sunken eyes. He looked despondent yet angry.

“You’re a bully Herold!” he exclaimed. "Look at all these cuts and burn marks. They hurt, Herold." He looks like my teenage self, Herold thought. His face tensed.

Look what you did to yourself. Look at you now, jobless and miserable, living on your father's money," the boy shouted at Herold. "You killed my hopes and my dreams. It's time you kill yourself too."

Herold could feel himself sinking down further. He felt a lump in his chest and an inability to speak or defend himself. He couldn’t help but take all of this on himself. He felt so many emotions yet so empty.

“I think you are right.” He choked as he spoke the words, “I give up.”

He got up and saw his reflection in the mirror in front. One last time, he thought.

“And do you know who I am?” Pointing his fingers towards Herold, the reflection said, “I am you.”

“It wasn’t your fault, Herold. I know how much you loved your mom but you have to understand that she was battling her own internal struggles.”

“But I was right there, I could’ve saved her,” screamed Herold fighting his voice.

“But you were too young to understand what was happening. Too frightened. Too confused.”

Herold hadn’t felt this hopeful in a long time. He could finally see some light entering his life. He felt happy. He patiently waited for the fourth and the final person to decide his fate. He knew he would come and he knew he would be saved. He waited patiently.

Several hours passed. He did not show up. Herold’s hope was turning weak. He started wondering if he would ever come. He grew more and more apprehensive as time passed.

He could feel his old self coming back. He grew lament. No later than that, he hit the realization that he wasn’t going to be saved.

He slowly trod towards the kitchen. He couldn’t feel anything. He couldn’t control any of his movements. His fate was decided. He was just a pawn in the chess of fate.

He now finally had the courage to do it. He pulled out a chair from the dining table and climbed upon it. “I’m sorry,” he spoke for the last time as he hung himself.

Depression is a silent killer. It's the pain that's too much to cope with, too much to deal with and so misunderstood. It’s like a parasite that's on the inside, eating you. You can't escape it no matter how hard you try.