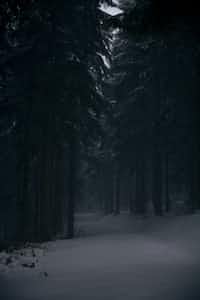 nb25 Community member
Autoplay OFF   •   4 months ago
Transcript Use Images
10 cookies, 5 guests, one surprise for each. I stood in my kitchen, waiting impatiently on the black kitchen island. The doorbell rang, a tense tremble going off only once.
thriller tw: violencegraphic descriptionsmurder

I stood in my kitchen, waiting impatiently on the black kitchen island. The doorbell rang, a tense tremble going off only once.

I ran to the door and was promptly greeted by the blond heads of Mr. and Mrs. Durnst.

An awkward smile plastered on their faces, their youthful all American aura felt out of place in the dark halls of my home.

They performed all of the formalities, "how are you?" and "Nice to see you".

The house was infiltrated by the smell of homemade cookies, my guests placed them on the dark mahogany table in the living room.

Three rhythmic knocks boomed in, signaling the arrival of my next victim.

By the door I met with the brusque, troublesome Turner bothers, standing holding the inevitable frowns on their rough faces.

The younger of the two carried a plated of store-bought oatmeal cookies, the staleness as obvious as their displeasure.

The pair nodded and wordlessly pushed themselves inside. Sitting on the large couch in front of the fireplace, little Turner uncomfortably holding the cookies on his lap.

"Hello?" called the low voice of a woman.

In came the last guest, the short-tempered Reyna flaring her nose and carrying a jar of vegan cookies.

"Well, since it's the holidays I thought the meeting of the neighborhood committee needed a twist"

We sat around the blazing fire, the cold winter wind cooling the room. The Durnsts held hands and looked at each other.

I went to the kitchen, taking the cinnamon cookies, making sure that they smelled as tempting as ever.

So the packages went around, the Turner's stale wafers to the Durnsts, the homemade biscuits of the Durnsts to Reyna, the vegan abomination to me, and my freshly baked cookies to the brothers.

Now that everyone had what they came for rushed chit chat started, nervously looking at the vintage clock on the brick wall.

I walked to the door, locking the handle, I repeated this process, gliding from doors to windows. I could feel the guests' eyes on me.

"What are you doing?" asked Mrs. Durnst.

I paid no attention to her, focused on the task at hand. Soon enough every window was locked, every door shut tight, all forms of escape blocked.

"I just remembered something of great importance," I told the group.

"What?" inquired the elder Turner.

"I think we really need to go" begged Mr.Dursnt

"You would regret it" I warned jokingly.

Reyna's angry eyes muttered in submission, the brothers looked at each other searching for confirmation, the young couple nodded as politely as ever.

I grabbed the dark black chocolate cookies sitting in my oven, a gust of warmth hugged my face, the melted goo bubbled.

Ten cookies, five of them were round, gooey, and firm, each of the five were different sizes, ranging from huge to bite-size.

The other five were flat, misshapen, and on the brink of disintegration.

I took the tray to the living room, my formerly reluctant guests now peaked in interest, sniffing the baked goods like dogs, their eyes wide with curiosity when the tray was set on the table.

As expected, young Trevor Turner launched for the biggest one, a monstrosity the size of his hand. His brother Joey cautiously followed, taking the second largest one, giving the treat a bite.

Reyna stared patiently, eying the chocolatiest of the bunch and slowly grabbing it. Mr.

Durnst reached for the plainest, roundest cookie, his wife seized the hot tiny one in the corner, with that the five were placed in their hands.

Trevor chewed on his enormous pastry, taking bites almost as big as his cookie, not even taking breaks to breathe or talk, crumbs fell on his lap Joey looked like he had tasted glory,

gorging down the burning dough. Mrs.

Durnst nipped on her small wafer, quiet moans shot from her mouth with every bite, her husband was too preoccupied with his treat that he didn't even notice her pleasure.

He was ashamed of being too excited and messy, but his eyes grew with gluttony every time the chocolate met his tongue.

Reyna found paradise in her chocolaty madness, as the fudge trickled down her chin, the chips melting in her opened mouth and down her throat, the dark green poison looked, tasted,

and smelled like chocolate, dripping on the clothes of the guests.

They liked their fingers, wiped their cheeks and lips, but it was too late.

Trevors mouth bubbled with white and yellow foam, he tried to breathe, but the only thing that came out was throttling, his tan face turned purple.

"Somebody help him!" his brother yelled.

Rayna ran to the door, slamming it, fighting the knob, but failing.

A stream of blood left her nose, her face paler every second.

"Help" Rayna whispered, gurgling her own blood before closing her eyes.

A loud scream flew from Mrs. Dursnt's mouth, her husband's greedy eyes rolled so far back that only the white of them was visible.

His body shook on the floor like a fish dying, flopping on his excrement.

"Why are you doing this?!" pleaded Joey.

"I'm not doing anything".

Joey turned to the floor, spewing vomit all over the carpet, greenish liquid flowing out of his mouth, so much blood had come out that I thought he'd never stop, but finally,

he fell into the pool of puke.

Mrs.Durnst cried over her husband's corpse, her face red and blotchy.

Suddenly her whining ended, her face grew red and puffy, the sound of choking came from her. She looked down on the floor to vomit, the rough sound of her trying to release something.

She crashed down, her organs sprawled all over the wood. Her eyes were wide open.

I got up and took one of the other five cookies, tasting the poisonless chocolate.

I took off my dirty clothes and unlocked the back door, leaving the tall house behind and strolling in the Christmas snow.