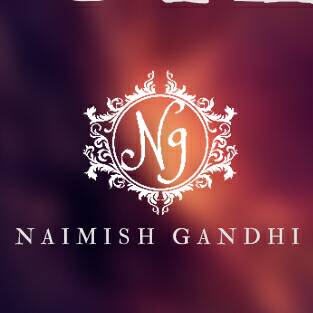 naimish stories inventor
Autoplay OFF   •   a year ago
Transcript Use Images
A Boy was sitting in a car going to his new school with his father who took admission in an 11th class and when they reached the school his father's said "now listen Naveen, I don't want any complaint from this school, okay"

A Boy was sitting in a car going to his new school with his father who took admission in an 11th class and when they reached the school his father's said "now listen Naveen,

I don't want any complaint from this school, okay"

He walks inside the school and stops in a middle and started looking here and there his father's still watching him and asked: "what happened?"

Naveen replied "I am waiting for my best friend Ajit, he also took admission here with me"

after some time Ajit came and they both went to there class,

Naveen has a very rude behavior by which he doesn't talk to peoples normally but his best friend Ajit was very good as a behavior although they both were best friends.

The teacher enters a classroom and inquired "the two new students are they present today", they both up

the teacher said "this is your first day so I recommend you to take someone's notebook and complete your previous notes, ok"

the teacher then asked about the class monitor from the other Student and there she arrived late at the door teacher said "come in", then the teacher said to Naveen and Ajit "ok,

She is your class monitor Lavanya, you take notes from her"

the teacher then looked to Lavanya and asked "is it ok"

Lavanya "yes mam, no problem then Naveen and Lavanya looked at Each Other.

First half classes now over and time of the break, Lavanya holding all the class notes came to their tables and started telling about the notes and other information of the class,

here one class boy came started talking to Naveen, he asked "where are you from"

Naveen replied "we are from this city only"

Still behind Lavanya and Ajit discussing something

Again that boy asked "why did you change your school"

Naveen very rudely answered " none of your business" and walk outside the class, as Ajit saw Naveen moving out he quickly packs his things and said to Lavanya "we discuss it later....

ok", and moved out following Naveen

Lavanya was thinking about Naveen.

Naveen and Ajit was sitting in a corridor

then the day passes everyday they both sit together one day Ajit was solving an equation for Naveen and also teaching how it's done,

but Naveen was looking somewhere else when Ajit comes to know that Naveen is not listening he saw him and then saw where he was watching,

It was Lavanya whom he was watching then Naveen started pretending that he was looking somewhere else and said "ok, so what is the answer"

Another day in a free class Naveen and Ajit was talking to each other and there comes Lavanya and started talking to Ajit about the notes, Naveen was standing there silently

you take that notes and complete as soon as possible" and then she looks Naveen and said slowly "and also give this to your friend" and then again they both look at each other.

Another day Naveen and Ajit sitting in a corridor taking their lunch and in front of them there is a tree which has a platform around it, so students can sit on that,

and there comes Lavanya with her friends and sits there.

Naveen again secretly looking to her, Ajit was noticing him from many days so he said "go, talk to her"

Naveen "hmm,what..what are you saying"

Ajit "you can't lie to me and this is now going to be a week and you haven't made any new friends yet Naveen "so what, you are there for me"

Naveen "ok, from now I talk to other students"

Ajit "and with politeness"

Naveen "ok, tell me one thing why are you started wearing a cap"

Ajit first think, then said "my hairdresser recommend me, to cut all hair once for a new hairstyle"

Naveen was controlling his angriness, but when the class over those boys started teasing Ajit again Naveen stands for a fight,

he is not listening to Ajit Lavanya came there to stop the fight and as soon as Naveen saw her, he stops and moved out from the class.

This time Lavanya was angry for Naveen and she asked Ajit "what is the problem of this boy, why he is so rude"

Ajit "you want to know about his rudeness"

Ajit "the time of our old school where he is a very good student and the topper of our class and there is One boy who always came second so he always jealous with him,

then Naveen started talking to a girl, who is just wasting his time, after the pre-boards exam result that boy topped in a class but Naveen was not bothering about ranking.

This going on till the 10th last board exam day Naveen and I catch that girl with that boy, they were that bloody girlfriend boyfriend who together just wanted to let down Naveen's ranking,

Naveen broked up from inside, Do anything in life good or bad but never kills someone's trust,

and then when 11th class session started he became the rudest boy, and one day Naveen and that boy fighting intensely and Naveen was beating him badly,

and that's why he rusticated from the school, I can't leave him in this situation so I also moved from there,"

Ajit looks her and said "yes you can"

Naveen thinks for a second and said "hmm, hi"

Lavanya "Ajit told me everything about your previous school incident"

Lavanya "are we friends now"

Naveen in the cried voice "yes, if Ajit would present today he will be happy to see me talking to someone"

Lavanya then take out a note a give it to Naveen

Lavanya "a note, which Ajit gave me and said that when he was not present and we become friends, I have to give you this"

Naveen reads the note "My friend Naveen this sounds good that now you have a friend like me, Lavanya and I'm sorry that I haven't told you that I had brain cancer,

If you reading this it means I passed away, o I'm gifting you a friend only For you"

Naveen burst into tears, Lavanya went emotional she put a hand on his shoulder and said "I'm there for You"