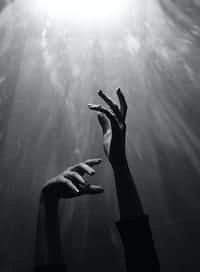 myth_eater Scribbler of fanfiction and fantasy.
Autoplay OFF   •   19 days ago
Transcript Use Images
Local villain boy, Shigaraki Tomura, spotted being sad and sweet. More at six as the story develops.

The victim had managed to crawl to the gutter before dying. A trail of red smeared along the asphalt marks where their killer struck to where their willpower failed.

More blood stains their matted hair, yet no flies buzz around the body, not this early on a cool morning. Their teeth gleam in one final, frozen grimace.

The dark yellow of their eyes hasn't started to cloud over yet. They must have died just last night.

Cars usually avoid these streets. But the ones who do visit tear through and never brake for something as insignificant as a stray dog caught in their headlights.

Tomura walks the block and a half back to the hideout without a second thought.

He returns ten minutes later with a trash bag and a pair of leather gloves missing two fingers each, then gets to work.

Rigor has set in, making it easy to slip the opened bag under the dog's body. After glancing up and down the street to make sure he had it to himself still, Tomura pulls one of his gloves off.

All five fingers spread wide, he lays it against the corpse's side. Just enough to feel the slats of their ribs, the dew that's collected in their fur.

He pulls away the instant he feels them start to crumble.

Starting from the middle and spreading out in opposite directions, the dog disappears.

Less than a minute later, nothing but a pile of powdery gray ash suggestive of their shape remains to prove they existed at all.

Pinkies raised, Tomura gathers the ends of the trash bag together and ties it shut. Carrying it by the knot, he resumes his walk with a destination in mind this time.

A few people roam the park by the time he arrives. A quintet flowing through the motions of tai chi on the eastern grassy area. Joggers here and there following the paved paths. The regulars.

Tomura consults the map in his memory.

The little grove of cherry trees already has four residents: two shiba inu, a mutt, and some sort of chow mix.

By the playground? Somehow, he doubts being left with a bunch of shrieking goblins will be appreciated. Wait...he hasn't explored the north side completely yet, has he?

Sure enough, he finds a suitable spot there. A hollow in the bushes surrounding the pond. Secluded. Quiet. The sun sparkles on the water.

It's probably pretty in winter too when it freezes over and has a cover of snow.

Carefully, Tomura kneels and pours the ashes into the hollow. Brushes off his trousers when he gets up. Tucks the empty bag under his arm to throw away at home as he leaves.

He's a villain, after all, not a littering asshole.